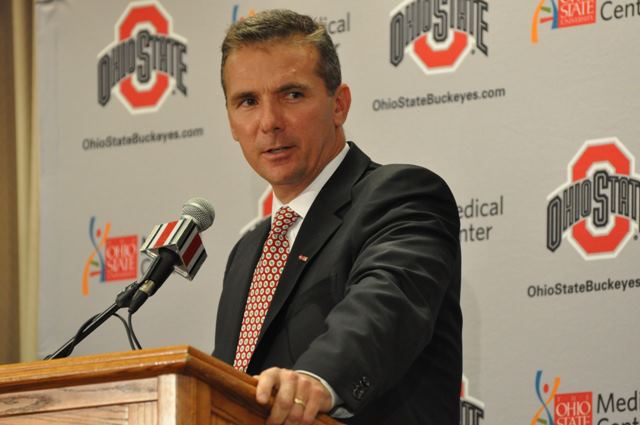 After writing “Buckeye Rebirth” on the 2012 Ohio State football team, Bill Rabinowitz didn’t think he would do another book on them.
How to take Modafinil health-e-child.org
Before starting treatment, read the modafinil manufacturer’s printed information leaflet from the inside of the package. They will provide you with more information about Modafinil and provide you with a complete list of side effects that you may experience while taking Modafinil.

When the Buckeyes won the national title despite losing their first game and two quarterbacks, Rabinowitz, who covers the team for the Columbus Dispatch, knew he had to do a sequel. The end result is his new book, “The Chase: How Ohio State Capture the First College Football Playoff.”

Rabinowitz delivers an entertaining read that goes beyond the games. Here is my Q/A.

After writing a book on Buckeyes 2012 season, did you have reservations about doing another book so quickly, even if it was for a title season?

I’d be lying if I said I didn’t. Writing a book is a huge undertaking and trying to do it in four months, which is what was required to have the book out by the start of football season, is particularly daunting. But in the end, I felt absolutely compelled to write this book. If I wrote one about a team that couldn’t even play in the postseason, as I did with “Buckeye Rebirth,” how could I not do one on a national championship team, especially one that had the unprecedented journey this Ohio State team had? I covered the team for the Columbus Dispatch, so I knew what had happened, but I really wanted to dig deeper about how and why it happened, and the only way to do that is with a book.

What kind of access did you get to coaches, players? Who stood out?

I was fortunate to get great access. Having done “Buckeye Rebirth” helped because the coaches and many of the players understood what I was looking for and what the contours of the book would be. Urban Meyer was initially hesitant about cooperating because he has his own book on leadership coming out. I understood that and wouldn’t have begrudged him if he didn’t consent to interviews, but he decided pretty quickly that he would cooperate. Obviously, I’m grateful for that. The book couldn’t have been as good without his insights. It’s funny, when he agreed to be interviewed, I said, “Thank you. Anyplace, anytime.” So, of course, he asked me to talk to him at 6:30 a.m. on a Sunday, which happened to be Daylight Savings Time switchover day, so body time it was 5:30. He was signing memorabilia for his foundation in the storage room of a local hotel then and figured talking to me would break up the monotony. I got there at 6:22 a.m., beating him there, about which I was quite proud. Sportswriters like to sleep in when we can.

As he was with the first book, Meyer put no limits on what I could ask and answered everything insightfully. I talked to him twice for a total of about five hours. I also spoke at length, sometimes for hours, with every assistant coach. They were all invaluable. I especially appreciated Tom Herman giving me a lot of time while still settling in as the University of Houston’s head coach.

I was lucky to have a pool of players to talk to that were unusually reflective and mature for college players. You can’t get much better interview subjects than guys like Michael Bennett, Jeff Heuerman, Evan Spencer, Taylor Decker and Joshua Perry. Cardale Jones was tough to pin down, but once I did, he was fantastic talking about his tough upbringing in Cleveland and adversity at Ohio State. I talked to every key player except two — Devin Smith, because we just never found time to talk, and Braxton Miller, who maintained media silence until the summer.

Meyer seems like an interesting character. What does it say about him that he uses so many outside sources in forming his leadership/coaching philosophies?

This is in the book, but what stands out about him is that he combines tremendous raw intelligence with the open-mindedness and flexibility to adapt and change if someone has an idea that can improve the status quo. One example: Last year, Ash watched a Pete Carroll video about the benefits of rugby-style tackling. That style of tackling emphasizes using shoulders instead of head and is considered safer. Ash pitched switching to coaching that way of tackling, and Meyer agreed to do it. That decision paid off. Aside from the safety issue, the Buckeyes were an improved tackling team. Meyer is never satisfied that he has the answers and is constantly seeking a better way of doing things. Usually, very smart people think they know it all. Meyer is relentlessly curious.

Be truthful, after they lost to Va. Tech and struggled in some Big Ten games, losing two QBs, did you ever think they would win a national title?

Oh, of course! I wrote at the time that were sandbagging to make it more dramatic. Obviously, I figured their national title hopes were all but dead, not so much because they lost but because that night they just didn’t look like a team with championship potential. But what looked at the time to be an albatross, especially when Virginia Tech tanked after beating OSU, proved to be a springboard. The Buckeyes had gotten so used to winning that they started to take it for granted. That loss changed their mindset. Then as Barrett and the offensive line matured, the team really took off.

How much did that Wisconsin blowout change the season?

It meant everything. First of all, beating the Badgers gave the Buckeyes a championship. For all their success in Meyer’s first two years, they hadn’t won a title. There was a lot of pressure to do that. And then the way they dismantled Wisconsin was stunning. Nobody — not even the Buckeyes — thought they’d win by anything like 59-0. But a blowout like that is what was needed. They played close to a perfect game.
I interviewed College Football Playoff selection committee head Jeff Long for the book, and though he couldn’t say exactly what it took for Ohio State to get in, it’s doubtful that a 24-17 win would have done it. Long also had an interesting comment about Florida State regarding their deliberations that readers of the book will find interesting.

Where does this national title rank in OSU’s history?

Ohio State has six national championships — some claim two other ones that most find dubious — and it’s hard to top this one. The 1968 team was special because it was dominated by sophomores and thus was a surprise. The 2002 team had so many close calls that its championship with the upset of Miami makes that title revered. But I think this one might top them all. First, it was the inaugural year of the CFP. That made it unique. But really, it was all the storylines and personalities and adversity that made that season so compelling. You have Meyer, whose championship cemented his place among the pantheon of college coaches. You had a team that was down to its third-string quarterback. You had the Virginia Tech loss. There was the tragic suicide of defensive lineman Kosta Karageorge, which had an incredible effect on the team. I’ve heard from several people that 2014 felt like a movie, except that no one would believe it. I really feel privileged to be able to tell the story of this team.

One more thing from Rabinowitz:

What I tried to do with “The Chase” is what I tried to do with “Buckeye Rebirth,” which was to go beyond the surface and have this be much more than a rehash of the season. My goal was to tell the story of the people involved. In other words, it’s not a “football book,” but a book about interesting, compelling people who happen to be involved in football. My wife knows next to nothing about sports. It’s almost comical how an otherwise intelligent (and, of course, beautiful) woman can be so clueless about football. But when she read the manuscript — she’s a former editor — she loved it. I’d hear her laughing and then I’d see her crying after reading certain parts.

As time passes, the memory fades a little bit about how dramatic a season it was. I believe “The Chase” captures what it was really like for the Buckeyes to experience all they did through the highs and lows of a magical season. I hope that it stands as the definitive account of how their 2014 season came about.