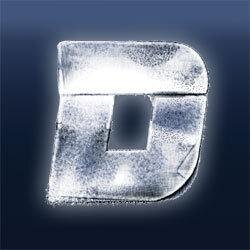 While Deadspin and SB Nation GIF’s Twitter accounts have returned following an Oct. 12 suspension over Digital Millenium Copyright Act claims from the NFL and NCAA conferences, those suspensions have still had an impact. Deadspin and SB Nation have returned to tweeting sports GIFs and appear ready to fight further copyright claims in court if necessary, but after seeing what happened to them, some other sites are being more careful. Awful Announcing obtained an internal memo from one major online sports network last week that told its staffers not to produce any GIFs or Vines of NFL, NBA, MLB, college football, or college basketball highlights. That memo also included a prohibition on sharing GIFs and Vines created by others on the network’ sites, on their sites’ social media accounts, and on personal social media accounts. So, while these copyright takedowns don’t seem to have stopped Deadspin and SB Nation, they’ve caused some changes in how others approach the sharing of GIFs and Vines. Deadspin and SB Nation both are tweeting highlights again, though, and they seem ready for a legal battle over the copyright claims if necessary. Deadspin editor Tim Marchman and SB Nation editor-in-chief Kevin Lockland told Steven Perlberg of The Wall Street Journal they believe GIFs and Vines fall within the fair use limitation and exception to copyright:

“We think that GIF-ing plays is pure, constitutionally-protected speech,” said Tim Marchman, Deadspin’s editor-in-chief. “We’ll do what we’ve been doing, using materials in ways that are consistent with the law and common sense.”

“In the days following the suspension and subsequent reinstatement of the @sbnationGIF account, we reviewed our fair use editorial guidelines with our rights specialists, specifically those for use of GIFs/Vines on Twitter,” Kevin Lockland, editor-in-chief of SB Nation, said in an emailed statement. “As a content creation company ourselves, we take these issues seriously and always aim to stay within fair use guidelines.”

If anyone’s going to challenge powerful sports leagues like the NFL on this, it makes sense that it’s Deadspin and SB Nation. Both are part of large media organizations (Gawker Media and Vox Media respectively) with substantial resources, and in Gawker’s case, a long history of pushing the boundaries and fighting in court when necessary. They may have a case here, too. Lawyer Zachary Strebeck had an interesting note on recent developments on the fair use front in a post on copyright in games:

A recent decision from the 9th Circuit clarifies the role of fair use in the DMCA takedown process. Essentially, the court ruled that a copyright holder MUST take fair use into consideration before issuing the takedown. They don’t necessarily have to make the correct analysis, but it must be considered. When setting up any automated system or policing your copyrights manually, it’s vital that you understand the requirements before sending those takedowns.

This case Strebeck references is a particularly interesting one, as it involves the court rejecting Universal’s DMCA claim against plaintiff Stephanie Lenz, who uploaded a viral video to YouTube of her children dancing to “Let’s Go Crazy.” From Rochelle D. Alpert and Stephanie L. Hall in a National Law Review article, here’s a look at what this decision means:

What does this consideration of fair use require? On this question, the Ninth Circuit’s decision provides limited guidance. The court stated that, on the one hand, if a copyright holder ignores, neglects, or only “pays lip service” to the question of fair use, it is subject to 512(f) liability. On the other hand—“mindful of the pressing crush of voluminous infringing content that copyright holders face in a digital age” and the purpose of the DMCA’s efficient takedown procedures—the court noted that the fair use consideration “need not be searching or intensive” and “does not require investigation of the allegedly infringing content.” Notably, the court left open the possibility that the implementation of proper computer algorithms could be a valid and good faith middle ground for processing a plethora of content on the Internet while at the same time meeting the DMCA’s requirements to consider fair use.

There are a number of other notable recent fair use decisions that may also apply, such as a California court approving of “transformative” videos even for commercial reasons (which may matter, given the spins that SB Nation and Deadspin have sometimes put on GIFs) and a New York court ruling that Google Books’ indexing of books for search purposes is fair use. How will this play out when it comes to whether highlight GIFs are fair use or not? No one necessarily knows at this point, and it may well require a court battle. But, it does appear that Deadspin and SB Nation are willing to fight back if leagues push it that far.

The smarter approach may be for leagues to reduce or give up on their attempts to police GIFs, though. GIFs made by outsiders aren’t really hurting the league or competing with it; if anything, they’re helping to promote it. They’re also not really taking away from official league vines and GIFs; highlight GIFs often cover things the league doesn’t get to, or doesn’t get to quickly, and in the case of moments that are shared both unofficially and officially, the official ones will still always get massive traffic given the reach of official league accounts. An interesting case in point here is the Jose Bautista bat-flip from last week; MLB got to it far later than the unofficial versions, but their version still received more total shares. It’s notable that those unofficial versions still haven’t been taken down, either. MLB has done plenty to take down GIFs and suspend accounts in the past, but perhaps they’ve learned something this time around. (Not necessarily, though: MLB president of business and media Bob Bowman told the WSJ they’re still sending copyright takedowns on a weekly basis.) The NBA has also largely embraced fan GIFs and highlights, and that appears to be working well for them.

So, pro-takedown leagues are left with a choice. They can continue their current policy of DMCA takedowns, which will certainly scare some off. That may well spark a court battle with well-heeled outlets like Deadspin and SB Nation, though, and it’s a battle the leagues aren’t sure to win. It’s a battle that could also have further knock-on implications; if GIFs and Vines are found to be fair use, that could open the door for other uses of sports highlights previously thought to be copyrighted. Alternatively, leagues could just let this go and spend their time fighting more important battles rather than trying to restrict those who are promoting their sport. We’ll see which approach they take, but the bet from this corner is that GIFs will likely lead to a legal fight, and probably not a short one.