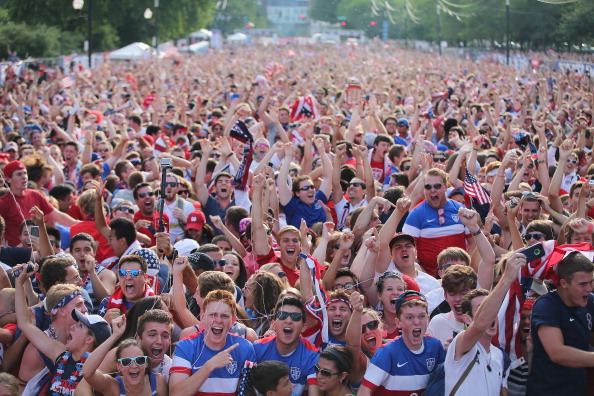 Fox Sports just finished televising the 2015 Women’s World Cup.  Of the 12 announcers calling games, 11 of them were American and 1 was a Canadian.

The biggest storyline when it came to Fox’s World Cup coverage was their focus on American Soccer Announcers.  One of the great debates among American soccer fans when it comes to the presentation of the sport on television is whether the sport is better served with American or British announcers.  Many fans, most of which are regular EPL and European football watchers, prefer the British style.  The other side of the fence not only prefers an American voice for American soccer coverage, they see it as vital for continuing to grow the game.  After all, doesn’t American soccer have a certain peak if we have to rely on the narration of the game to have a British accent?

Neither side is right or wrong, but it’s a topic that is passionately debated amongst soccer fans who care very deeply about their telecasts.  The passion comes from soccer fans being treated like a foreign curiosity for so long and seeing the sport constantly dumbed down or transformed so it could draw in more fans.  Once executives discovered that they could televise soccer successfully on its own merits just like any other sport, things were changed for the better.

Fox didn’t start out on the right foot with soccer fans as one of their first acts as World Cup rightsholder was to go down that troublesome road once again as ESPN did in 2006 with Dave O’Brien by trying to transform Gus Johnson into America’s Soccer Voice.  Instead of soccer fans embracing Johnson, they revolted against him.  In truth, Fox failed Johnson by throwing him into the deep end of the Champions League where European-centric fans ripped him to shreds.  Had Fox placed Johnson on CONCACAF Champions League games, with a smaller and more American-centric audience, it would have preached patience to everyone involved.  It was not meant to be.

Maybe Fox felt the need to employ Johnson in a new role because up to that point, they had never employed someone who could be identified with the coverage, especially in the broadcast booth.  ESPN has the likes of Bob Ley, Ian Darke, Steve McManaman, and Taylor Twellman.  NBC has Rebecca Lowe and Arlo White.  In all the years of Fox Sports World to Fox Soccer to Fox Sports 1, who could Fox count on as the face of their soccer coverage?  Fox very rarely used their own announcers for games, often simulcasting international feeds.  Their studio coverage up until very recently had been quite sparse, many times featuring a disembodied voice leading fans to kickoff.  It’s all been very basic entry-level stuff.  And when the network did pull out all the stops for big games like the Champions League Final, it led to patronizing and prehistoric things like Michael Strahan explaining the differences between “football vs futbol.”

Although it was the network’s second choice, Fox would bring the American Soccer Announcer back to the national scene from its near two-decade hibernation for the 2015 Women’s World Cup.  As we mentioned last week in this piece on lead announcer JP Dellacamera, Fox only doubled down on their commitment to American soccer voices after moving on from Johnson.  It was a significant gamble for Fox Sports given the journey of televised soccer since 2006 as they could have imported a number of well-respected commentators from the UK and won over doubters.  (It’s worth noting that it was a bit of a disappointment when ESPN chose McManaman over Twellman to call the World Cup Final in 2014 and deny a chance to arguably the top American soccer announcer working today.)

Alas, this summer Fox went back to veteran voices like J.P. Dellacamera and Glenn Davis and introduced up and comers like Justin Kutcher and John Strong.  They strengthened the game analyst position with former USWNT players and coaches.  They did everything they could to put an American stamp on calling soccer.

Dellacamera formed the lead booth with former USWNT player Cat Whitehill and coach Tony DiCicco.  For as rare as three-person booths are in soccer, this one worked fairly well as the trio provided a nice balance and some prescient moments.  The Final was perhaps a crowning moment for Dellacamera, returning to the same stage he was on in 1999 calling the last American World Cup triumph.  Elsewhere, as spotlighted in Dan Levy’s piece, Fox had good performances up and down the announcing roster.  Jenn Hildreth and Kyndra de St. Aubin were pleasant surprises.  Aly Wagner did strong work.  And John Strong and Danielle Slaton were perhaps the best broadcast team of all.  While Strong didn’t call the final games of the tournament, he’s already been named Fox’s lead announcer for the Gold Cup so bigger things are likely still ahead for him.

This could very well be the turning point for American soccer that Fox executives and a section of supporters were hoping for this year.  Between Strong and Dellacamera, Fox has two quality candidates to pick from to lead their coverage going into the 2018 World Cup in Russia that would be met with approval from American soccer fans.  Studio host Rob Stone is evolving into his lead role as well.  Stone has enough soccer bonafides with his long history in the sport to have immediate legitimacy and put him in the Lowe/Ley category, but enough of an exuberant edge to add some Fox DNA to the overall presentation.  He and fellow host Kate Abdo would be great picks to return in 2018.

As far as the analysts go, Alexi Lalas and Brad Friedel (and for better or worse, Eric Wynalda) are likely to be big parts of Fox’s soccer future.  But let’s hope that Slaton, Whitehill, DiCicco, Wagner and others can remain part of Fox Soccer for the long haul, whether it be for the men’s or women’s game.  And to make this not just a red, white, and blue bonanza, it’d be great to see Kelly Smith and Ariane Hingst back as well.

Let’s be clear – Fox’s World Cup coverage was not perfect and it probably wasn’t to the incredibly high standards of ESPN and NBC.  And maybe it didn’t need to be.  Because the 2015 Women’s World Cup proved that American Soccer Announcers can continue to carry the sport forward into a new generation just fine.

Fox Sports bet big on a tournament being carried by American Soccer Announcers and they were not let down.  For all of the announcers who have given anything to the sport, whether it be on a national network or for MLS or college soccer or anything in between, it has to be a proud moment.  The 2015 World Cup showed that you don’t have to be born with a British accent to offer a great call for a great soccer match.  If the coverage of this tournament inspired anyone on these shores of someday calling the World Cup Final, or even making a career out of being a soccer announcer, it was well worth the investment from Fox.

Yes, history will show that the Americans won the 2015 World Cup.  But American soccer was a big winner off the field as well.