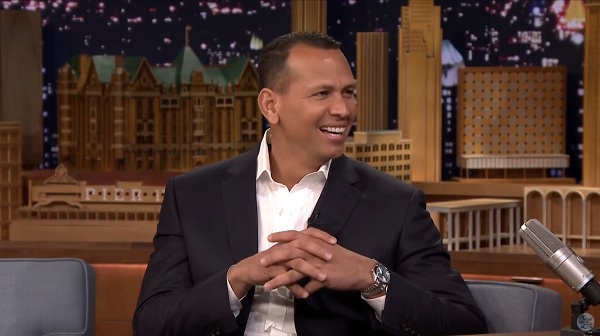 No one knew what 2015 would hold for Alex Rodriguez. He missed a good chunk of the 2013 season while dealing with hip surgery and sparring with MLB in regards to a 211 game suspension that was doled out to him. He eventually appealed his suspension down to 162 games, and Rodriguez didn’t play a game during the 2014 season.

In 2013, when Rodriguez returned to the Yankees lineup, fans were brutal towards him. Journalists were citing articles they wrote in the past to assert that Rodriguez was A Very Bad Man. A-Rod was going on The Mike Francesa Show and making a fool of himself. Peter Gammons compared him to the Boston Marathon bombers. A book deal was rumored, and then quickly proven to be a load of garbage.

The tide started to turn in regards to Rodriguez back in 2014, when a 60 Minutes report in January made Rodriguez look good in comparison to the rest of the particulars involved in the Biogenesis story. A-Rod admitted he’d be using 2014 to rest later that month. At the end of the year, a report from the Miami Herald featured an admission of PED use by Rodriguez.

Then Spring Training 2015 came along and something happened – Rodriguez was calm. Rodriguez was a good teammate. Rodriguez stayed out of the spotlight and just played ball.

He apologized to both his Yankees teammates and baseball fans. He got off to a white hot start for the Yankees. But there were still some issues – most notably, the Yankees not hyping the hell out of his 661st home run on Twitter. However, the tide was beginning to turn in the court of public opinion as Rodriguez’s performance on the field remained strong and he kept his nose clean off the field. In September, Rodriguez made a rare appearance on Michael Kay’s radio show to help Kay’s cohost win a bet with him.

Then Fox announced Rodriguez would be a Postseason analyst for them, and he’s shined in the role. In his first day with Fox two weeks ago, he broke a monitor with a football, and immediately endeared himself to the Internet with the GIFs and Vines that followed of the incident.

In the two weeks since, Rodriguez has shown himself to be quite an adept analyst. He’s extremely well-spoken and insightful, though careful with his words. He’s likable, and his banter with Pete Rose has been a highlight for Fox this October.

Rodriguez has also shown a level of awareness on social media that has hasn’t really shown in the past, seemingly emphasizing how happy he is to be doing what he’s doing for Fox.

I'll try not to break anything else #whoops https://t.co/lE9iByyio1

Prepping for post-game @mlbonfox @fs1. Great #ALCS. Congrats to @Royals and @Mets. Should be a terrific #WorldSeries pic.twitter.com/jat09Mto77

Alex Rodriguez on Garbage Time? That’s not something I would have expected to ever see.

Hell, he even showed up on the Tonight Show with Jimmy Fallon, poked fun at himself, and gave a Mets fan in the audience World Series tickets!

Is Rodriguez perfect at his new role for Fox? No, of course not – he’s slipped a few times and called the Mets the Yankees, and sometimes his speaking sounds too deliberate.

But while the finger wagging will still continue from older media types who simply can’t get over Rodriguez’s PED use, the tide has seemingly turned for a bulk of the game’s younger fans. Yes, Rodriguez is still an incredibly flawed person and player, but he’s no longer the hated pariah he once was. Considering where Rodriguez was a year or two ago, this is a monumental step forward for him.