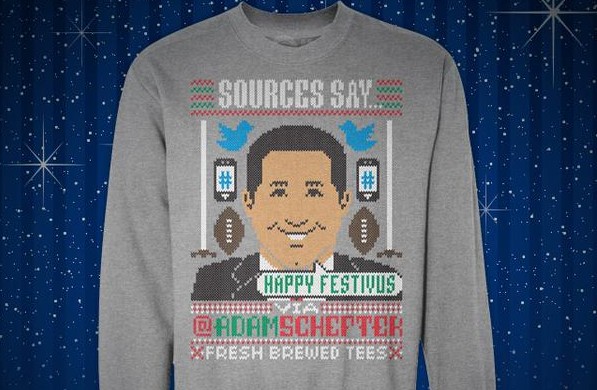 Adam Schefter inadvertently made as much news as he broke when reporting on the finger amputation for New York Giants defensive end Jason Pierre- Paul. It wasn’t that Schefter broke the news of a necessary amputation that raised eyebrows around the NFL world, it was the ethical ambiguity of posting a player’s medical chart on Twitter.

Many people in our industry questioned whether Schefter violated any HIPAA laws, put in place to protect the privacy of medical patients. For what that’s worth, he did not, as the press is not beholden to those regulations. Schefter knew that. It’s amazing how many in our profession did not.

And yet, whoever sent Schefter the screen capture did and in a big way. Schefter’s tweet won’t get him in trouble with ESPN, but it may get someone, somewhere fired for sure.

Regardless of whether or not Schefter violated any laws—again, he did not—the question of whether he violated media ethics remained. I spoke with John Ourand from SportsBusiness Journal on my SiriusXM Radio show last week and the two of us were very surprised at the heat Schefter took for posting the image on Twitter, some of which came from well-minded leaders of our staff here at AA.

Schefter spoke with Richard Deitsch of SI about the decision to publish Pierre-Paul’s medical chart, trying to explain his rationale.

This was a public figure and franchise player involved in a widely speculated accident with potential criminal behavior in which there was a cone of secrecy that surrounded him for five days that not even his own team could crack. This wasn’t as if some player were admitted to the hospital with a secret illness or disease—we’ve seen those cases over the years, as recently as this past year even. This one was different and unique for a variety of reasons.

The extent of his injuries were going to come to light, maybe that day or later that week, but soon. They’re horrific injuries, incredibly unfortunate for the player. But in a day and age in which pictures and videos tell stories and confirm facts, in which sources and their motives are routinely questioned, and in which reporters strive to be as accurate as possible, this was the ultimate supporting proof.

Deitsch asked if Schefter wanted to out his source, to which the ESPN reporter replied, per SI, “All I will say is I never once requested a single image from anyone at any time; the images came to me.”

Schefter did say that in hindsight he “could and should have done even more here” due to the sensitivity of the situation. One might say doing more would have actually be doing less, but that’s maybe not the point.

The “fast-paced news world we live in” may have gotten the better of Schefter, if you are one of those people in our industry who thought tweeting a screen capture of someone’s medical procedure warrants the better of someone being needed. Deitsch did broach the ethics issue with Schefter, who said he’s heard the criticisms and struggled with that side of things.

This is the part that I’ve struggled with because I’ve heard that questions raised and I’ve heard the criticisms. There’s no way not to consider the other point of view. But what I will say is this: My ethics, integrity and reputation are something I’ve worked as hard as possible to build and guard. In my 25-plus years of covering the league, I’ve consistently tried to act as responsibly and carefully as I can, and to not have anyone question my ethics. My job is to be as thorough and accurate as possible. In this case, as tough as the injury is for the player, I didn’t believe conveying the information about the unfortunate injury in words or a report caused additional harm.

The full exchange is up at SI. It’s an interesting ethical debate, especially if you think Schefter did anything remotely unethical. Short of actually taking the screen capture himself, or maybe lighting the fireworks that warranted JPP’s amputation in the first place, Schefter’s probably going to come out of this okay. HIPAA will come down on the leaker, for sure.