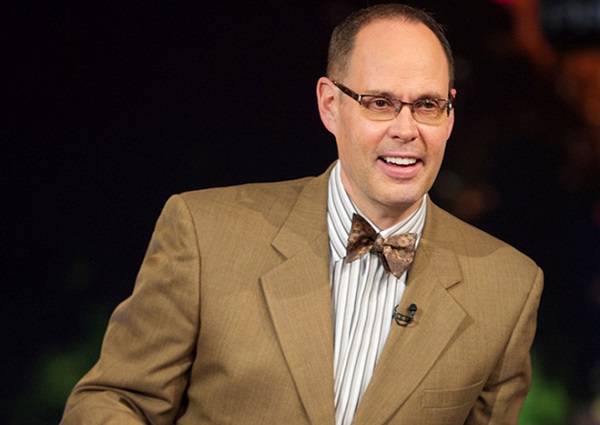 Ernie Johnson’s NBA season ended Tuesday night with the Cavaliers’ 118-88 victory over the Hawks, completing a four-game sweep in the Eastern Conference Finals. But the Inside the NBA host is hardly done with his work for the summer, as Johnson will transition into his other regular duties of calling MLB games and the PGA Championship for Turner Sports.

Hours before Tuesday’s game and the beginning of a month-long hiatus before diving into baseball and golf, Johnson talked to Awful Announcing about the Inside the NBA crew’s recent contract extension, keeping the award-winning show fresh, his career at Turner, the Sports Emmys, and his recent E:60 profile, among several other topics. Thanks to Dan Levy and Matt Yoder for their contributions to this interview.

Awful Announcing: May we start with the contract extensions that the entire Inside the NBA crew signed recently? What does that kind of long-term commitment mean to you and the rest of the cast?

Ernie Johnson: Well, I can tell you what it means to me. I’ve been a Turner guy for life, basically. I started there in 1989. It’s the only place I’ve wanted to be ever since. To be able to extend the contract is wonderful. It’s great to be wanted, and that’s the place which I’m happy always wants me because that’s what I want too.

EJ: I was pleased. [laughs] You never know how these are going to work in this business, or in this day and age. But to sign a long-term extension is wonderful for my family, and it’s wonderful to continue the relationship with Turner. That’s about the only way I can put it.

AA: Did there have to be any sort of persuasion or discussion among the four of you? Charles Barkley has been quite outspoken about wanting to retire when his contract ends. Was it a pretty easy decision, like “Hey, we’ve got a great thing going here — why not keep it rolling?”

EJ: No, it wasn’t like one of those things. It wasn’t like they put the four of us in a room and said, “Here’s an offer.” [laughs] My agent and Turner negotiate my deals, so it’s not like we were all together around the thing, listening to a pitch and we said, “Oh yeah, we’re all in!” I mean, I don’t know how the other guys got theirs done. All I know is that Turner wants the four of us together, and went and did it. [laughs] I wish I could give you real insight into it, but this is the way it usually plays out.

AA: No, I’m glad you said that because I think there is this sort of visual with you four guys in a room and hashing this out together. But of course, the deals would be individually negotiated based on a variety of different factors.

EJ: Sure. I would not be the spokesman for Turner, but I’m sure they said, “Hey look, we want to sign all four of these guys back” and people think that’s a great idea and say, “Let’s go about getting that done.” And then, everybody got done and they say let’s announce this on the day we do the upfronts in New York. So it was great. 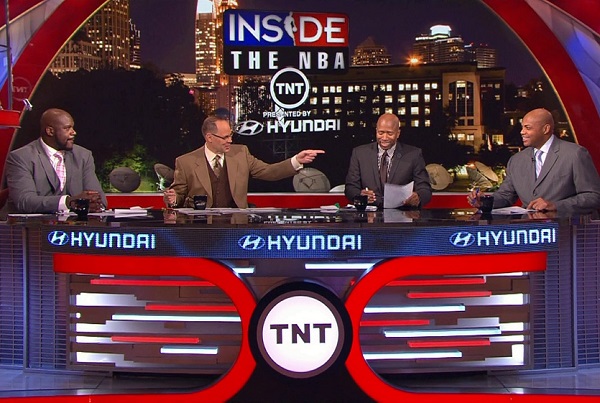 AA: With the praise and awards that Inside the NBA receive, and now with this long-term extension, does it become easy to rest on your laurels as a show or are you always working to evolve?

EJ: Oh, we’re always working to evolve. You never want it to be a cookie-cutter show, where you always know exactly what’s going to happen from one show to the next. We’ve never had that view of the show. I think that’s what keeps it fresh, and that’s what keeps you excited about doing the show. You know you’re not coming in there and it’s, “OK, let’s read the teleprompter and let’s go to commercial break.” The four of us show up ready to work and ready to talk, but it’s not like the whole night is planned out.

I think a lot of times when people are talking about the next day, it’s not something that ever came up in a production meeting. It’s a spontaneous, roll with the punches kind of show and that’s what’s so cool about doing it. If you don’t know at home what’s going to happen next, get in line because half the time, I don’t know what’s going to happen either. And when you have that kind of a vibe going on with a show, man, it is fun to do.

We’ve always kind of evolved. The addition of Shaquille O’Neal was a step in that evolution. They could’ve easily just said, you know, “Kenny, Charles and Ernie, we’ve got a pretty good thing going, let’s not mess with it.” No, we threw Shaq in the mix and he’s morphed right into it as a guy who watched the show for a long time and wanted to be part of it.

We’re always trying to see, how can we tweak this, how can we tweak that? I think one of the keys, though, is the consistency of the show and having the same guys in those chairs every night. And folks know when they turn on, they’re going to see the four of us and there’s never a question of, “Oh, who’s the host tonight?” or “Who’s the analyst tonight?” We’ve been pretty consistent.

AA: You mentioned adding Shaquille O’Neal to the show. Is there any direction that you, the other crew or producers have talked about wanting to see the show take in the future? Whether it’s adding another voice, or maybe something like integrating some use of analytics since that’s become a larger part of the game within the industry and its analysis?

EJ: [laughs] I would love to be in a meeting with Chuck when the decision is made that we’ll have an analytics segment. I think that would be hilarious. You know what? We try to incorporate some of that into the show already. Not with an analytics segment, per se. But our research guys, Joe Underhill — who we call “Underdog” — he and Hal Gaalema will throw some stuff out there every now and then. We don’t have our heads in the sand. We know what’s out there. We know some teams use it.

I think the key is using something that’s understandable to the fans. A lot of times with me, the problem with analytics is like you can’t even possibly figure out the formula for how they get some of this stuff. And if that’s getting lost on guys who follow the league day in and day out, you’re certainly not going to burden the folks at home with something like that. But they want to know why a team plays good defense, they want to know certain things, so I see the value in analytics. I really do. But I think you have to pick out which ones you want to use on a show, or risk having people’s eyes glaze over.