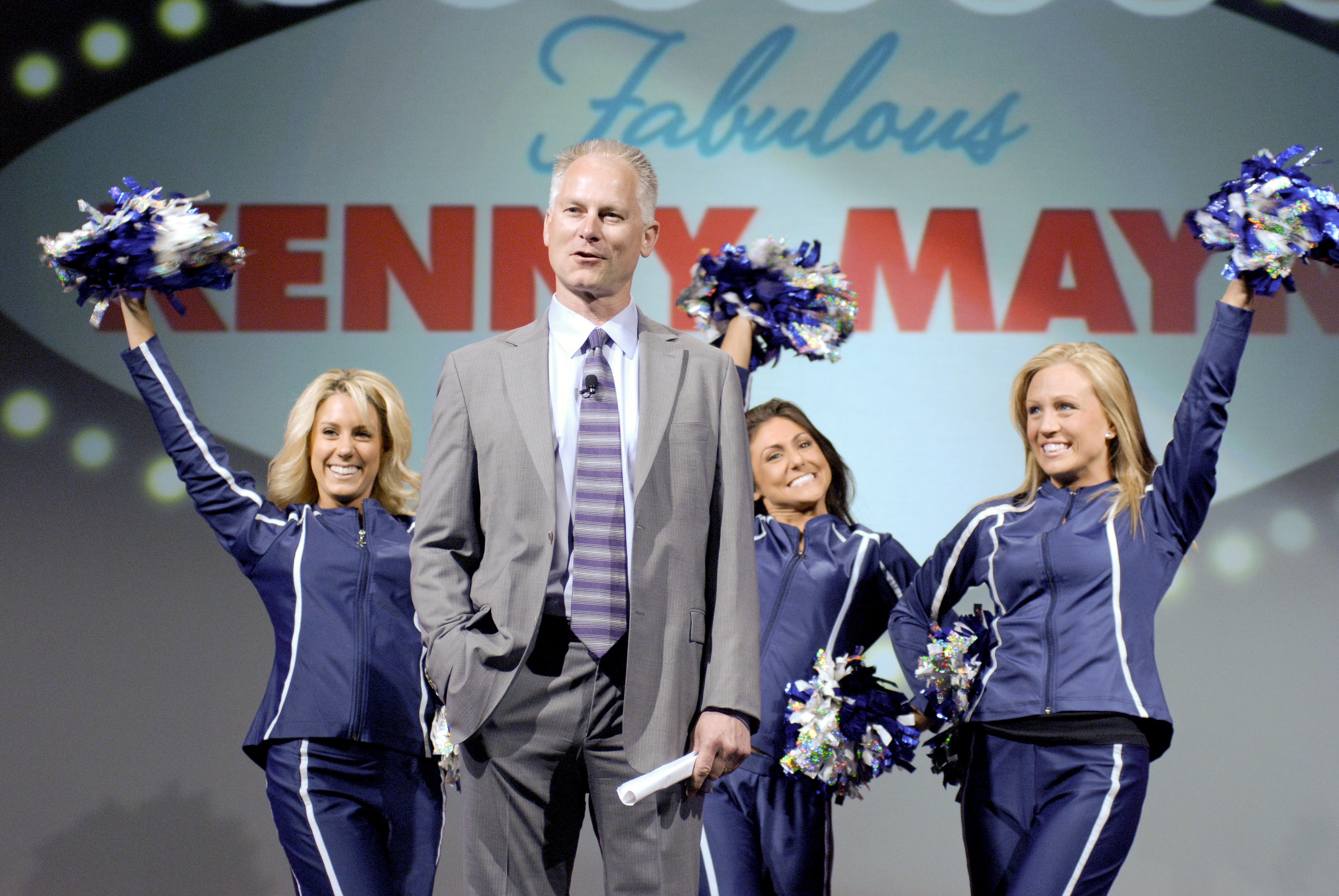 There is no start to a conversation with ESPN’s Kenny Mayne, and 45 minutes in to a ride that goes in directions nobody thought it would go, part of you wishes there would be no end.

As Awful Announcing begins a new season of the AA Podcast, we had a chance to talk with Mayne exclusively about his new contract at ESPN, but as the call began (before the interview even technically started) and the conversation veered into directions most ESPN stars wouldn’t dare talk about on the record—what would Jesus do if Syrian refugees showed up on his shores, for one—Mayne insisted he was fine with the tape rolling, and off the conversation went.

For the nuts and bolts of Mayne’s new gig, which he seems quite content to have, saying the brass at ESPN told him what they wanted him to do and it was merely a matter of arguing about how much it was worth, Mayne will be doing a fair amount of work on SportsCenter as part of the 1 a.m. ET show from Los Angeles. He’ll also be contributing to Scott Van Pelt’s iteration of the program, which Mayne tells us will be done on the phone from his couch in the Pacific northwest.

He’s also going to be working on features, and we talked about just how much work has to go into a piece that looks to the viewer like he slapped it together that afternoon on a diner napkin. Mayne is doing an upcoming piece on American Pharoah, asking questions like, “do horses fall in love” and “how many times can they have sex?”

Yes, there’s a fair amount of horse sex talk in this episode. More than at least one of us expected.

Here’s the release from ESPN:

Mayne, who returned to the SportsCenter anchor desk in 2013 after a five-year absence and is well known for his offbeat style, dry humor, and unique sayings, will continue as a guest anchor of the 1 a.m. ET edition of the program, which airs from ESPN’s Los Angeles studio and is hosted by Neil Everett and Stan Verrett. He also will continue to be part of SportsCenter on the Road at selected events and will produce features for SportsCenter.

“Happy to be back for more. It beats real work,” Mayne said. “I fly to LA for a week, watch sports, and make up words. Sometimes I literally make up the words. Pure gibberish. But Stan and Neil seem to get me.”

In his new deal, he will expand his presence on SportsCenter as a featured contributor to the midnight ET edition of the program hosted by Scott Van Pelt from ESPN’s Bristol, Ct., studios.

In a lot of ways, the conversation went how you would expect a conversation with Mayne to go. I had a lot of questions written down, threw most of them away after five minutes and the ones I did sneak in probably didn’t get answered for another 10 or 15 minutes after I first asked them. And yet, the answers I did get were wonderful and thoughtful and reasonable and smart and funny and completely void of any worry about what the higher ups at ESPN might say when they listen.

At one point Mayne was talking about how Twitter can be a great resource for SportsCenter hosts, especially when it comes to pronunciations of names he’s never seen before, and the conversation led to Twitter fights and how he really doesn’t see why anyone would spend the time engaging in that with people, using the term “going full Schilling” without knowing that I was the person who had Schilling go full on me.

And then we laughed.

We laughed a lot, especially as we talked about his tryout with the Seattle Seahawks after college and how that led to his career in television. Then we ran down Mayne’s absolutely bonkers Wikipedia page. Did you know Mayne is a native of Hawaii? He’s not, but Wikipedia thinks he is. His page also says his career started as a character on Fraggle Rock, and the entire entry is as fascinating as he is. We hope this conversation, which again has no proper beginning and barely and ending, effectively portrays that.