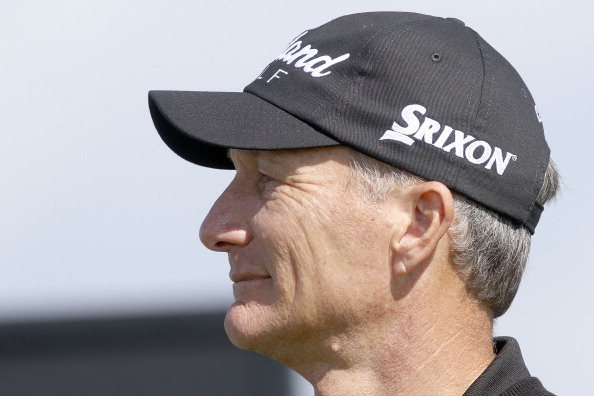 I have been to virtually every place on a golf course, including some unfortunate areas only accessible to an erratic 15-handicapper. However, I never had made the trek up to a broadcast TV tower during a tournament.

So I gladly accepted the invitation to spend some time with NBC’s Gary Koch at his 16th hole perch during Friday’s telecast of the BMW Championship on the Golf Channel.

I walked up the two flights of stairs and past the cameraman located on the right side of the tower. When we pulled aside the curtain, Koch said, “Welcome to our office.”

Koch’s office is about the size of a really small elevator that holds only two people. So when Golf Channel PR man Jeff Skzlinski and I squeezed in, the feeling was a bit claustrophobic.

Koch and his scoring assistant, Harrison Root, sit in front of three TV monitors, with one of the monitors split into 9 small screens. That monitor allows Koch and Root to follow the action on their hole assignments.

That’s Koch cue, and he sets up the putt as if it was occurring live and then describes it falling into the hole. Obviously, with so much occurring on the course, especially during the second round of a tournament, many of the shots are on tape. In fact, there was one instance where they showed a great shot by JB Holmes nearly three minutes after it occurred because of a commercial break.

“Oh what a shot,” Koch said on-air, as if witnessing the shot for the first time.

The only players that get mostly live coverage on this day are the marquee pairing on Jason Day, Jordan Spieth and Rickie Fowler. They, along with Rory McIlroy, are the new needle-pushers in the post Tiger Woods era.

Koch, though, barely looked away from his monitors when other players played 16. In fact, there wasn’t much of an opening in the curtain hanging in front of him; Maybe 3 x 4 feet tops. 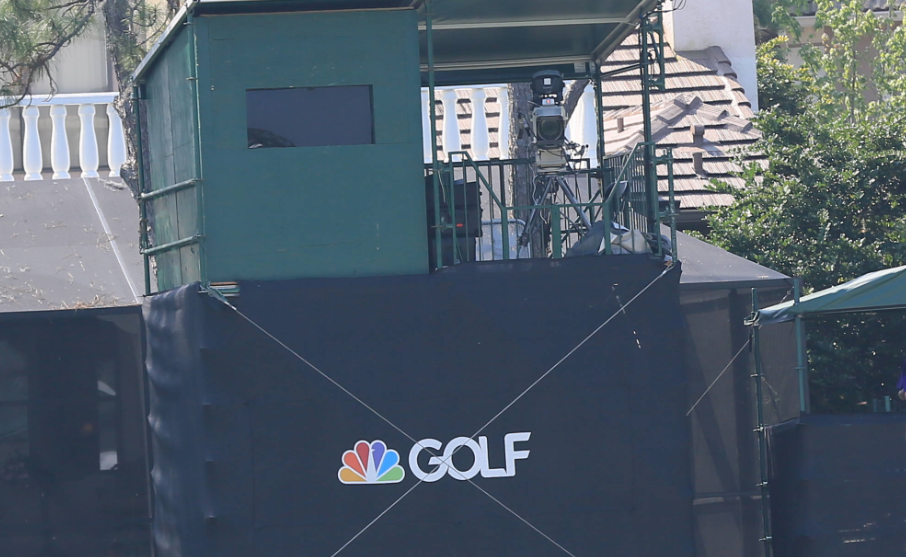 Yet as the three star players approach the green, Koch continued to describe their shots from the monitor. There was only one slight instance in which he looked outside to catch a peek at the location of a putt.

It struck me that Koch could have been doing this telecast from a studio in Florida, or Alaska, for that matter. Now keep in mind, this was second-round coverage on a mostly lazy Friday afternoon. His approach might be different with more drama on a Sunday afternoon.

Afterward, I asked Koch about relying so heavily on the monitors.

“We do spend a lot of time looking at the monitors,” Koch said. “We’re trying to keep up with what’s going on, and to let the producer know what’s going on. There is some value being out there in the tower. Obviously, the crowd noise, the excitement. When a player makes a good putt, the announcer feeds off of it.

“It’s also valuable to be out there so you can sense the conditions. How hard is the wind blowing? Is it having an effect?

“There’s a balance. It’s great to be out there amongst the action. At the same time, we have to monitor what’s going on throughout the entire course.”

The other element that stood out being up there with Koch was the synchronicity involved in producing a golf telecast. With so much action occurring on every hole, Roy is like a master airline controller with his signals to the announcers.

As the commercial ends, Roy issues the order. “Go.”

“Let’s see what Jerry Kelly can do with this birdie putt…” Koch starts on cue.

Later, Koch explained the essence of a golf telecast.

“It’s so different than it appears to be,” Koch said. “When you’re home on Sunday, and click on a tournament, golf seems to move more slowly compared to other sports. We just go from shot to shot.”

“Yet behind the scenes, it’s a very different pace. There are so many moving parts to a golf tournament. It’s a big production. For just this one tournament, NBC and the Golf Channel has 180 or so people working here. The bottom line: Everyone has to do their job well for this thing to work.”