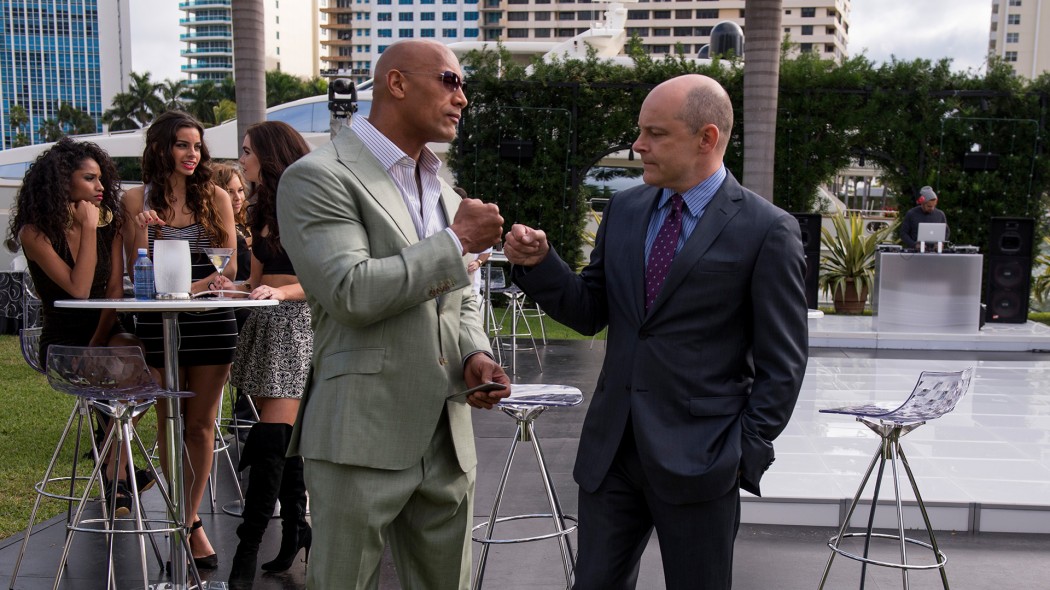 Ballers just concluded its rookie season and showed enough promise and ratings to get an early green-light for season two. I predicted as much when I did my advanced review in June as The Rock plus flashy subject matter with a young male target audience was very likely going to be enough to make it a mainstay of HBO going forward.

With the first season in the books, a few takeaways:

– Your enjoyment of this likely was tied to where you fall on the bro to hipster meter.

– Even if you hated Ballers, you may have just watched it because somehow HBO has figured out how to make people hate-watch shows. I’m guilty of this at times having hate-watched really terrible seasons of Girls, Treme, and The Newsroom. The reality is similar to those shows, the subject matter is unique enough and you’re life is so non eventful, that you may just continue to watch despite rolling your eyes every few minutes. Also, The Rock is on this show and the slim possibility that a Rock Bottom could be worked into a plot is out there, and I wouldn’t forgive myself if I missed that.

With the thought that Ballers is going to be around for a while, here are some thoughts on how to improve the show going forward with many of these derived looking back at what worked well for HBO predecessor Entourage, which Ballers is similar in style to.

It’s possible I’ve just matured since I got some cheap yucks watching Entourage (unlikely). The reality though is that Ballers just didn’t produce much laughs. It certainly tried at times and there was a steady flow of crass jokes (a staple on Entourage), but to some degree whether it was dialogue or situational comedy, mostly everything fell flat here.

Who’s the funniest character on Ballers? What was the funniest moment? While Entourage didn’t appeal to everyone, its comedic high notes typically went viral and are often referenced in some meme or GIF even today. There really isn’t any good reason for the noticeable drop-off in comedic value between the two shows. Going forward sharpening the potency of the intended laughs should be priority one. 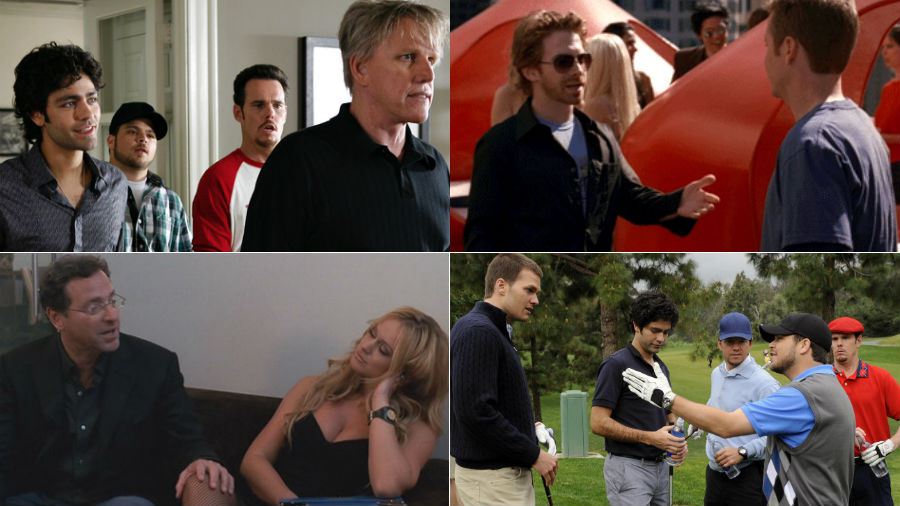 There were some in season one, but none were really memorable. Again to compare to Entourage off the top of my head we had:

– Luke Wilson complaining about his brother being in all the movies he’s in.

– A whole episode centered around a Jimmy Kimmel show appearance.

– Kayne West saving the day by offering up his private jumbo jet plane (“Now throw your hands up in the sky!”)

– Perhaps the greatest cameo ever which is sadly not embeddable.

I mean the Entourage cameos page is insanely DEEP and more importantly they’re memorable. Famous people poking fun of themselves…what’s not to love?

We need more of this, because quite frankly Ballers doesn’t have an Ari Gold character that’s lightning in a bottle just napalming everyone and everything in site nor the eye candy of an Emmanuelle Chriqui to help hold viewers.

Link here as this oddly seems to unable to embed on every version I can find.

Although subjective, this just didn’t really do much for me and given it’s  ~5% of each show, perhaps a new iteration could be done given the song, the visual, and the tone just feel wrong. I hesitated on naming this, but did a quick Twitter search and found a lot more negative tweets opposed to those enjoy the song. 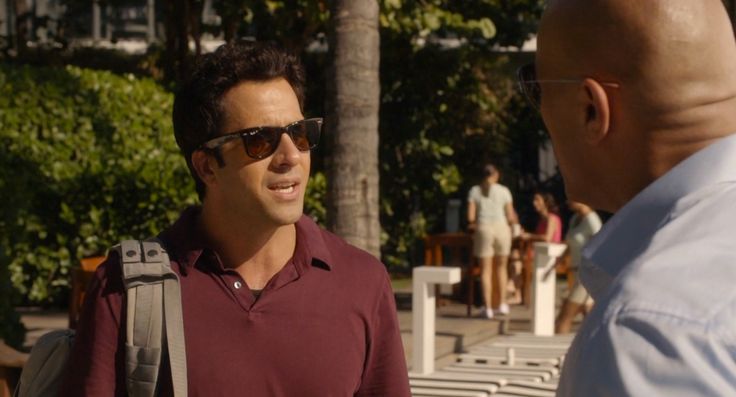 It’s probably going to be asking too much for more character depth for the primary characters. That said, I’d love if the secondary group of characters became a bit more defined. Spencer’s love life was a pretty thin afterthought, he doesn’t have a nemesis nor a family, his boss is pretty meh, and Troy Garrity spent almost all of season one walking around talking on the phone giving updates on Vernon’s new deal, a schtick that grew repetitive given it was the same scene maybe eight different times with very few other notable appearances. Even if the primary characters stayed mostly the same, some added flavor and development on these fronts would go a long way.

5) Take The Show On The Road

I poked fun of Ballers in my initial review because of course it had to be in Miami so the gratuitous sex, partying, and scantily clad women could be dialed up. But to some degree, the backdrop began to feel stale after a while.

Once again looking at the Entourage playbook for brotastic longevity, quite a list can be made of destination episodes that includes off the top of my head Sundance, Cannes, New York, and Las Vegas.

Representing athletes who live and play all over the country, lends itself well to shooting episodes at the draft, NFL games, the Pro Bowl, the rookie symposium, etc. I’m quite confident we’ll all survive an episode or two away from South Beach in future seasons.

Although many grew tired of it, Entourage absolutely thrived on misdirection, cliffhangers, turmoil, and ebbs and flows in the advancement of the principle characters’ careers. While it may have not aged that well to many, at the time the comedy and the fast paced, compelling, and tantalizing chess game of pursuing Hollywood success was must see TV to many. While there was some of this in season one, we just didn’t have many compelling peaks and valleys that Entourage dangled out in front of its audience as a reason to keep watching. In almost every few episodes, there was some level of peril to Vince’s career and the group that supported him. That peril was really the special sauce of the show. Ballers just didn’t have that urgency and peril and was more of a merry go round than a roller coaster.

I don’t know if I’ll ever really embrace Ballers, but at the end of the day they’ve put enough meat on the bone in terms of setting, star power, and parties on yachts to keep me tuning in. I can’t believe I’m saying this, but the show would be much better if it followed the Entourage playbook more closely.