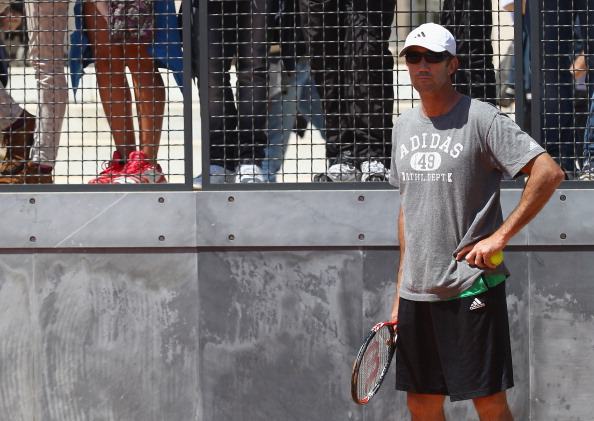 We’re just past the midpoint of the French Open, but that means there are still three weeks of major-tournament tennis in the next month and a half, with Wimbledon arriving at the end of June. It’s a good time to give a broader audience a sense of who’s the best at analyzing tennis matches on American television outlets.

You might be surprised by most of the names on this list, but for people who know and study tennis, this list will receive more agreement than disagreement, and you can take that to the bank:

Confused? Here’s the quick explanation: Goodall made a few contributions to ESPN’s coverage of the 2015 Australian Open. He is not, however, an everyday commentator for the network and, as such, probably shouldn’t be considered a regular employee of an American tennis broadcaster.

Goodall’s main job is for Tennis TV. You might see or hear him if you get Tennis Channel’s global feed for the seven ATP Masters 1000 tournaments played outside the United States (from Monte Carlo in April through Paris-Bercy in late October and early November). Most English-speaking tennis fans across the globe would put Goodall at or near the top of any list of favorite commentators.

Goodall, along with Robbie Koenig and Nick Lester, is one of a few “worldwide feed” broadcasters who provide a more European style of covering tennis matches, which is to say, a superior one. European television generally focuses on the specific details of the match at hand. In contrast, the NBC crew of Ted Robinson, John McEnroe, and Mary Carillo — all very talented, but enabled to talk about narratives by their superiors in an American broadcast context — talks away from or above a match, as was the case for much of the past weekend at the French Open.

CBS is now out of the tennis broadcasting business at majors, and NBC doesn’t deserve to have a single commentator recognized on this list. Hence, the decision was made to officially leave this slot vacant, and put Goodall’s name in with an asterisk attached. This might seem gimmicky or disingenuous, but it’s actually a rather pointed way of saying that the way American television outlets cover tennis (most centrally represented by NBC) is broken. What really feels dishonest is to insist on putting an American name here just for the sake of filling out a list. No, this spot deserves to be left open, as something of a message to the executives and producers in charge of American tennis broadcasts, especially at NBC.

Now, on to a straightforward treatment of four genuinely superb commentators for American television outlets:

A champion at multiple major tournaments and a finalist in several others, Davenport immersed herself in the story of modern tennis, so she seemed to be a natural fit when she first became an analyst following the end of her playing career. She hasn’t disappointed.

Davenport owns a pleasant on-air delivery and has the specific talent of being able to find original ways to convey the same basic truths of tennis competition, truths that emerge in just about every match on every day of coverage. Davenport isn’t particularly dependent on cliches. She’s not inclined to engage in hyperbole the way other commentators can and do. She doesn’t get sucked into a lot of the soap-operatic elements of tennis drama that other analysts fall victim to. She’s widely popular among American tennis fans for good reason.

With more and more practice, Annacone has become a lot more comfortable as a commentator. The result is a polished and smooth voice who brings viewers inside the mind of both a tennis player and a tennis coach. Annacone served in both capacities, and as coach, he guided Pete Sampras and Roger Federer to major titles late in their luminous careers. Annacone had a front-row seat to some of the greatest moments in recent tennis history, and he’s as good an authority as you’ll find on giving players targeted advice to help them win matches. That expertise is effectively conveyed on the air, making Annacone the kind of person you want to listen to on Tennis Channel. (Justin Gimelstob? Just the opposite.)

No one can match Bill Walton as a broadcasting phenomenon, but what always was and is great about Walton is that he is never afraid to dress down a player or coach when he feels it’s necessary to do so. Viewers really admire and respect that quality in a sports commentator: not feeling so beholden to the guys in the locker room or to a friend in the coaching business. Criticism isn’t condemnation of people, just an honest and direct response to the action on the court.

Martina Navratilova brings this Waltonian quality to her tennis broadcasts. She is pleasant and warm and has a lot to say about the ins and outs of a match, but if she needs to be critical, she doesn’t hold back. Naturally, not all viewers will agree with her all the time — no commentator is ever viewed with universal agreement — but Navratilova is honest, and her honesty is clearly informed by her rich experiences as a tennis player. She’s not in the business of giving incendiary hot takes just because she can (hello, John McEnroe, you increasingly irrelevant carnival barker…). She always has a specific tennis-based point to make, right or wrong. That lifts her above just about everyone else… except one:

The former coach of Andre Agassi and a sometime consultant (past and present) to other players on tour, Cahill breathes, eats and sleeps tennis.

What the casual American sports fan needs to understand about tennis broadcasting is that tennis fans want commentators who will talk about the matches themselves — the tactics, the patterns, the granular statistics that shape a match’s story. Cahill is Australian, and that’s important because Australia — more than just a nation that cares deeply about tennis (there are plenty of those around the globe) — is a nation that carries an old-school ethos to tennis. Though smooth on the air, Cahill brings a laser-focused and businesslike manner to his analysis, low on fluff and high on education. He’s a little more penetrating than Annacone is in his analysis, and he’s critical on a Navratilovian level without being quite as acerbic.

What also shines through about Cahill is that he engages with readers on social media to a more conspicuous extent. Last September at the U.S. Open, Cahill did the work of a programming director (unofficially) while also offering analysis and commentary. He is an advocate for viewers, while also representing and promoting ESPN as professionally as possible. He’s the most complete and well-rounded tennis voice on any American television outlet.