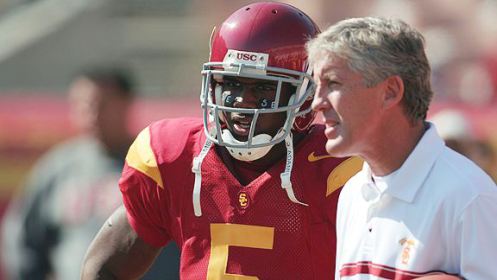 Most Similar To – The U, The Fab Five

Review- We’re now in our sixth straight fall of 30 for 30’s with Trojan War leading off this season and Volume III of the prestigious ESPN documentary series. While college football installments have typically been some of my favorites, I found Trojan War to be very uneven at times. There were some moments where I was totally engrossed and others where I was scratching my head or even a little annoyed with the film.

I’m 33 years old and if I had to sit down and make a list of the best sporting events in my lifetime, the 2006 BCS Championship Game is probably at the top of that list (which is a tough admission for an Ohio State alumni who attended the 2003 2OT double OT BCS Championship Game). The film spends spends a good 20 minutes plus on the game and it’s glorious. Interviews, game footage, and some unseen behind the scenes locker room footage which for my money is always great to see. The classic game comes to life as does the infamous “Bush Push” game against Notre Dame.

(Side tangent: I spoke with a filmmaker recently on just how much better documentaries are when they use broadcast footage of games, which is often not the case depending on if there is archival footage of older games, politics on usage from the rights holder of the footage, or just not wanting to pay to license footage. Trojan War suffice to say has none of these issues).

In total, the recollections of those games is a little less than half the movie and it’s enjoyable. That said, I found Trojan War left a lot on the table in terms of context, investigative diligence, and just some odd creative decisions that were distracting and felt out of place.

I was lukewarm on the narrator who I recognized but couldn’t peg until after the film (it’s Michael B. Jordan who I typically love, but just didn’t seem to fit in this context). Helping to frame the story are various thoughts on what makes a good movie and a good producer from Larry Turman, a famous Hollywood producer with USC ties. It felt like director Aaron Rahsaan Thomas, who has mostly a television background and is new to the documentary space, was trying to use Turman in a similar fashion to the quotes from Dickey Fox in Jerry Maguire, but I found them to be a distraction. 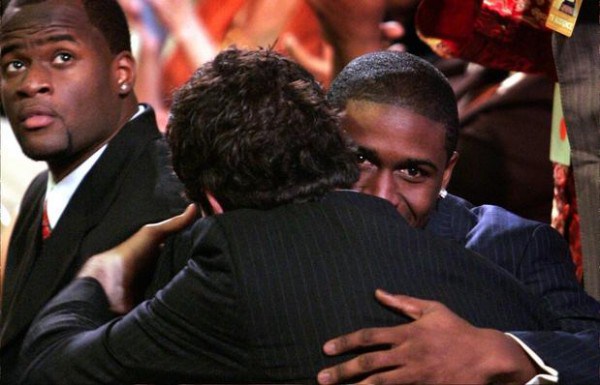 But where Trojan War really fails is providing the necessary context to the viewer on the rise and fall of USC’s semi dynasty run in the mid 2000’s. There are holes in the story and some of them are so glaring that college football fans who notice them are going to raise an eyebrow on why certain things were omitted. Some things that stuck out to me:

– The movie really centers around USC’s winning streak from late 2003 and into 2006. Oddly though, they don’t mention the triple OT loss to Cal which was preceded the streak. That’s just odd to me because that’s low hanging fruit to get sound bites on how that served as motivation and the mere fact it was a great game, let alone to the implications it had which I’ll get to below.

– This one was really bizarre, but the film does not talk about how USC was snubbed from the 2004 BCS Championship Game and how their championship was a split title. I’m not trying to take away from that season, but that was a MAJOR thing. It was the only split championship during the BCS era. Fans, players, coaches, and media analysts went berserk when USC was left out of the BCS title game after Oklahoma got upset by Kansas State and yet there is no mention of any of this. No “After we got disrespected by the BCS, we had to win that game and knew we had to run the table the next year to leave no doubt.” The way the film sidesteps this basically would leave an uninformed fan thinking that there was never a loss to Cal that spoiled an undisputed championship and that the team’s winning streak just organically started at some point with no narrative or significance tied to the loss that started it or the controversy that it led to.

– Trojan War really shied away from ESPN’s deep deep affinity for USC going into the Championship game vs. Texas. Recently A Football Life devoted an episode to that game and that was a major storyline they hit on. Remember ESPN endlessly comparing the 2005 USC team to the greatest college football teams of all-time before they played Texas? Even saying the Trojans were better than many of them? I’m not saying that was wrong or ESPN showed bias, but it really highlighted the true height of the USC era and by the same token propped up Texas as this lovable underdog for neutral fans to watch. This context wasn’t firmly articulated.

– The film leaves about ten minutes in the end to look at the fall of the USC dynasty and it’s totally hollow. I wasn’t looking for an HBO Real Sports investigation, but viewers will be left going “They keep eluding to stuff happening, but I forgot what the deal was.” Trojan War doesn’t mention any of the names of people or companies involved in the scandal. It doesn’t mention what was actually accused, doesn’t get any clarity from Pete Carroll on why he left, nor any comments from former USC coach Todd McNair on his role and subsequent lawsuit against the NCAA, nor mentions the many turns in the four year NCAA investigation into USC. I get some people wouldn’t participate (Reggie Bush and his circle), but why not fill in the blanks for viewers by interviewing journalists who covered this story or someone formally with the NCAA?

– Lance Armstrong is the token Texas fan interviewed in the film and not Matthew McConaughey and we all know the film would be “a lot cooler if you did” to quote McConaughey. That said, we do have Snoop Dogg, who was very measured and eloquent with this thoughts (I can’t lie, I loved Snoop in this).

There were other redeeming qualities of the movie. Participation was very strong outside of Bush. We have Leinart, Carroll, Mack Brown, LenDale White, Keith Jackson, and many others (including some folks I could have done without). As mentioned before, a lot of behind the scenes footage from both the USC and Texas adds to the storytelling.

But ultimately there is quite a high bar in terms of authoritative, comprehensive, and introspective storytelling for subjects of 30 for 30 installments – especially from college athletics. For those who enjoyed similar works looking at Miami, SMU, NC State, and Michigan basketball, Trojan War will not compare very favorable unless you were a fan of USC or even Texas. While it’s quite enjoyable to relive one of the most classic games in recent sports history (something NFL Films has already done and done well), Trojan War positions itself as something more ambitious than that and ultimately comes up short and by a much larger margin than LenDale White did on 4th down.