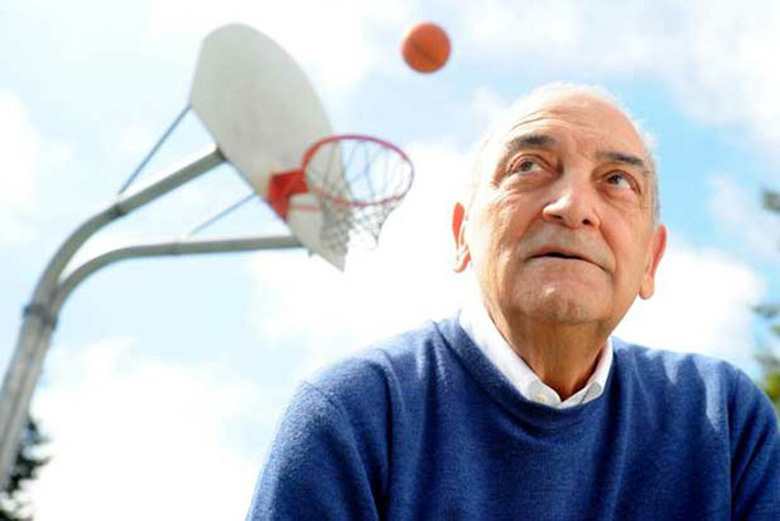 Most Similar To – Broke, Big Shot, The Legend Of Jimmy The Greek

Review –  ESPN has turned a bit of a new leaf with the release of Sole Man as for the first time a 30 for 30 film debuted digitally on Grantland before airing on television. This has been the protocol for the 30 for 30 shorts which typically average 8-22 minutes in run length (Sole Man has been chopped up into six 15 ish minute segments that have rolled out through out the last week).

Review wise this one is a bit tough as it rates in the middle of the pack for both criteria I rate these films (how good of a story is it and how well did you tell it). What was tough about giving this one a grade is that I personally had a lot of interest in the subject matter which is essentially a pretty straight forward biography on Sonny Vaccaro. That said, I imagine the amount of people who will really sink their teeth into this one may be more limited given he wasn’t an athlete, coach, or owner, but rather an innovative marketer with a hell a lot of war stories and a long line of critics. While many may find Vaccaro’s journey of interest, I worry that the elongated length of 90 minutes will be a bit much for those with modest interest in Vaccaro and his dealings over the year.

All that said, I had an immense amount of interest in this film as Vaccaro is a guy I’ve vaguely heard about for years. I knew the broad strokes about his career more or less and that he controlled a lot of money and influence over all levels of basketball. The film was satisfying in that I’m now well versed in Vaccaro’s entrepreneurial and opportunistic career of pumping money into all nooks and crannies of the basketball world as well as his more recent introspective about face.

Sole Man delivers the goods in terms of retelling the big milestones in Vaccaro’s career including:

– Nike flooding money into college basketball via contracts to coaches and free merchandise and shoes to players.

– Vaccaro’s bumpy departure from Nike and new role with Adidas.

– Vaccaro leaving the industry and becoming an advocate for former amateur players who fell through the cracks of the system he created.

The film does a pretty good job not over-lionizing Vaccaro despite the fact the bulk of the storytelling comes straight from him. While nobody at Nike opted to participate (which includes Jordan and LeBron), the balanced point of view is aided by a handful of college coaches as well as outspoken media personalities like Seth Davis and Armen Keteyian. Oddly, John Calipari has two quick blurbs in the film in which he clumsily talks about amateurism and money while seemingly aware he’s one sentence away from accidentally setting off an NCAA violation. Yes, a bit of a cheap shot at Kentucky, but if you end up watching it’s hard not to ignore or frankly laugh at Calipari straining his brain on every syllable looking terrified while the other coaches are much more natural on camera.

In terms of how well this film was made, Weinbach and Marks do a pretty solid job – pacing is good and participation is decent given Nike didn’t allow anyone tied to the company to participate, which is actually a point belabored in the film. The film at times relies on some odd animation scenes, usually 15-45 seconds at a time. I certainly get why they went that route. Vaccaro is not a player and a lot of the stuff he did interacting with coaches and players wasn’t on camera so hence you don’t have a lot of footage to work with. That said, at times the animation felt a bit forced and creatively aloof. The lack of participation from Nike does take a toll as the movie wears on as Vaccaro’s retellings are often a bit overly concise or dramatized and you wish you had some added perspective to some of the landmark deals he was involved with. That’s basically what the majority of the film is, with Vaccaro walking you through the commercialization of basketball and his recent change of heart.

At the end of the day, Sole Man brings Vaccaro out of the shadows and humanizes him, which is something I’ve always had some level of interest in given he’s more known as being “the guy behind the guy.” It’s an enjoyable 90 minutes if you have interest in the subject matter but when compared to portfolio of 30 for 30’s, it’s one that falls into the back of the middle third of the now 72 installments. It may not sell to the general population or reach a ton of casual fans, but for those with interest in basketball, business, sneakers, and or marketing, this will certainly be an informative and entertaining film.