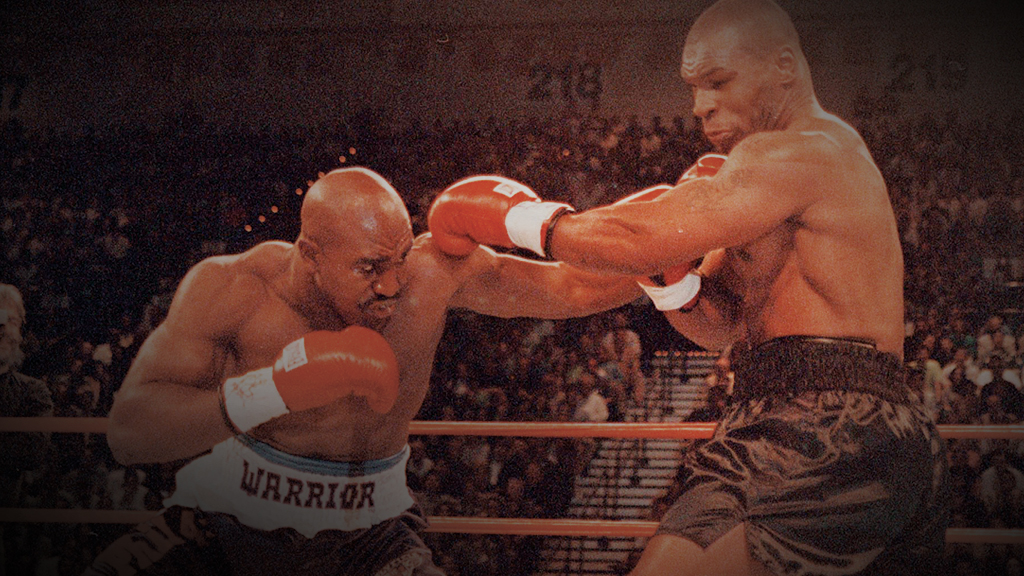 Most Similar To – Winning Time: Reggie Miller vs. The New York Knicks, 9.79*, The Price Of Gold

Review –  In what may end up being our last 30 for 30 for 2015 (we almost always have a strong 30 for 30 after the Heisman ceremony, but thus far there’s been no announcement nor an update on the suspended airing of Down In The Valley), Chasing Tyson delivers an insightful and well crafted installment that for many will fill in a lot of blanks for two of the larger personalities in recent boxing history.

With very technically strong direction from director Steven Cantor, Chasing Tyson’s only real flaw (and unavoidable one) is that it never builds to a crescendo. It moves along with great pace and high quality footage, interviews, music, and insights covering a ton of ground in the career’s of both Tyson and Holyfield. The decision to cover so much of the fighters’ careers (the core concept of the film) is both a bit of a blessing and a curse. The film oozes high profile twists and turns in their careers so the film’s pace never sags and the story is never linear. However, the tradeoff for this approach is that no single fight stands out head and shoulders above the rest in the narrative.

If the film was a wedding reception, no main dish would be served but rather the entire event would have a steady flow of delicious and hearty hors d’oeuvres and appetizers. I embraced the sustained, measured, and methodical nature of the film as it didn’t inflate any single fight in terms of significance and remained true to the narrative that the bar for the public and media to recognize Holyfield’s greatness seemed to be constantly moving higher even as he continued to win, and more importantly, aged out of his prime.

To use a lame boxing saying, Chasing Tyson packs a big punch. I’d say the film showed roughly 20-25 minutes of various fight footage or almost as compelling fight night footage (in the corner, introductions, post fight interviews, and press conferences). Mix in Tyson interviews both old and new, the media frenzy of Tyson’s trial and incarceration, and some added perspective from our protagonist Holyfield and you have a lot of meat on the bone here. And it’s cooked just right with no aloof creative decisions or distractions. 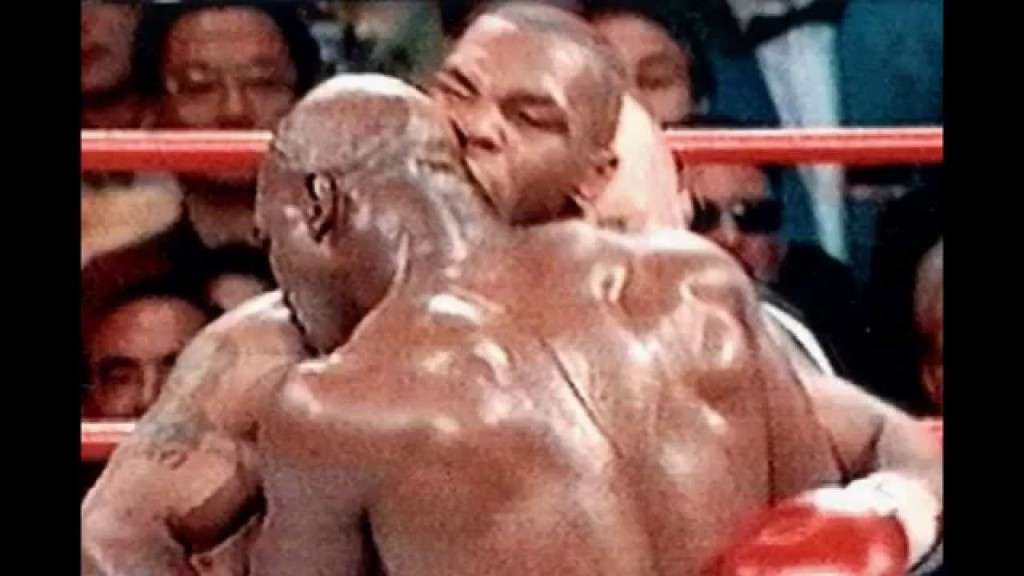 I actually enjoyed this film more than I am letting on solely because it connects dots that I imagine a lot of sports fans who aren’t hardcore boxing fans have in their head, but can’t string together to make a more telling account. I think many fans regardless of age can rattle off maybe two or three dozen famous boxers over the last 25 years, but the knowledge beyond the names is pretty thin. How many fights can you (if you’re not a boxing fan) really vividly recall the particulars of for each of those fighters? Sure you may remember the fighters and who won, but do you remember how, who was the favorite, and what happened previously or subsequently to that fight?

Part of this murkiness is that this is boxing, a sport that requires your plenty of your money to follow it. For me, I knew there was no chance my parents were going to okay any type of PPV buying so almost all of these events were communicated to me second hand. Compounding that murky understanding of these events is that the vast majority of the film takes place in the early to mid 90’s – a time where more people were getting their sports fill from their evening news and SI subscriptions opposed to the internet and cable.

When it comes to sports, I’ll humbly brag I have a very high quality memory but while watching the film I found myself struggling to recall the particulars of everything portrayed in the film such as:

– Did Tyson and Holyfield fight once or twice?

– Holyfield and Bowe was a trilogy right or did he have a trilogy with Lennox Lewis?

– What round was Tyson disqualified in?

– Who beat Buster Douglas? Did Tyson ever have a rematch with him?

– And old and chunky George Foreman somehow became relevant in this era? How did that go down again?

– How long was Tyson in jail?

– What was the deal with Holyfied’s health issues?

That’s why I have such a strong affinity for 30 for 30 and other high quality sports documentaries in that the many stories deserving of a cohesive and accurate remembrance in your mushy brain often go from vague memories to vivid stories.

Chasing Tyson makes that connection, providing context to them all, ordering them, and accentuating the often overlooked Holyfield narrative and point of view. If you ever had the itch to retake heavyweight 90’s Boxing 101 (a decade of crazy events that was way more compelling than everything since for that weight division), here is your chance to enjoyably and nostalgically retrace the fading memory of boxing having sustained momentum and interest.