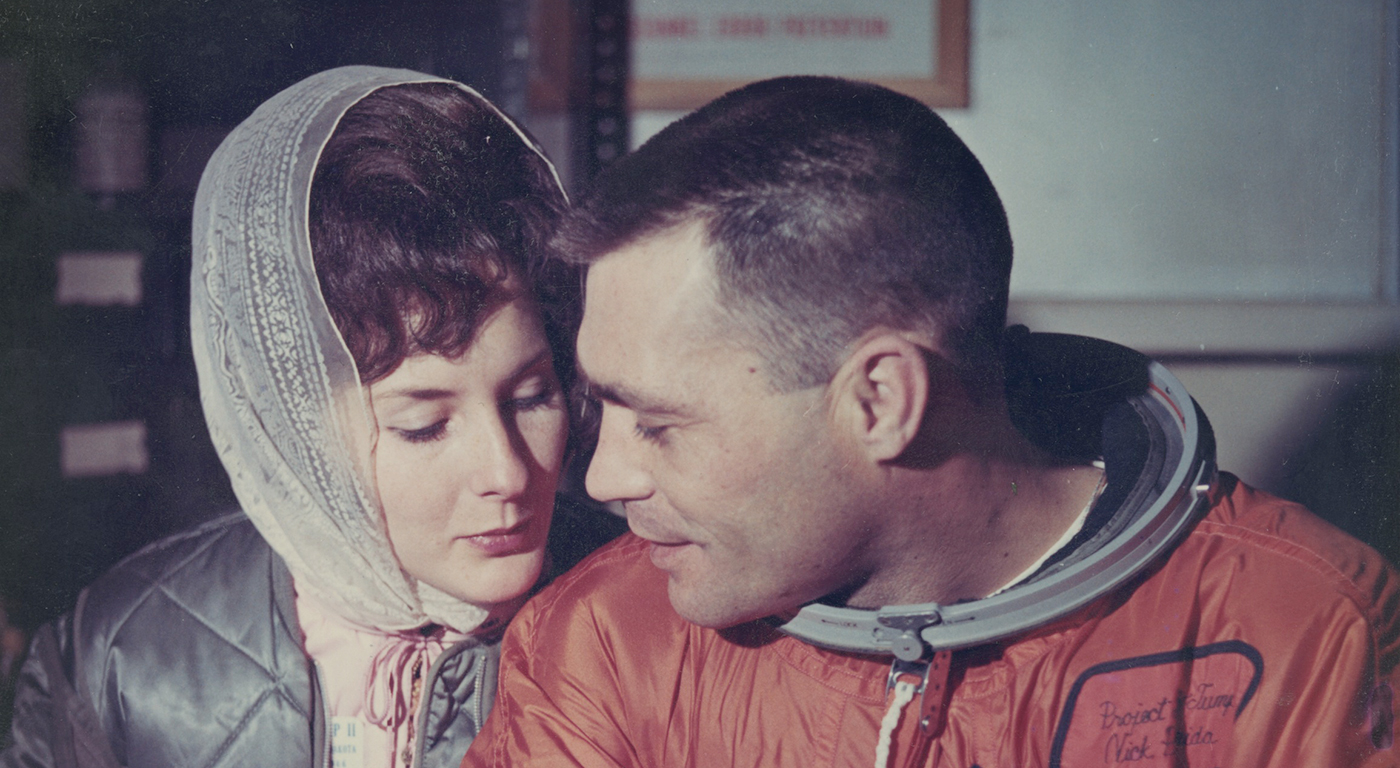 Most Similar To – Hawaiian: The Legend of Eddie Aikau, The Legend Of Jimmy The Greek, The Birth Of Big Air

Review: Closing the book on Volume II of ESPN’s 30 for 30 series is Angry Sky, a film I imagine will have a polarizing effect to those looking for an unexpected summer treat from the documentary series (out of 73 installments, only five have been released in July or August).

Those who will embrace the documentary will likely enjoy a more unknown and less mainstream story, the suspense of the final third of the film, the larger than life persona of the film’s protagonist Nick Piantanida, and his quest to set the record for to break the record for the highest recorded parachute jump.

But many will find the story too old and niche for their liking, struggle with the length and lack of familiarity of the narrative and characters, and given the ominous tone throughout the film – opt to confirm their hunches of a tragic ending that is not too subtly hinted at in the film’s title.

Personally, I enjoyed the film, although it doesn’t stack-up favorably to the majority of other installments in the 30 for 30 collection (more of a compliment to the improving consistency of the series of late). For me, this is a story I probably never would have learned about and I always enjoy when those stories come and find me and are told well.

I enjoyed the historical nature of the story that mixed in cold war tension and the space race. Although a bit brooding at times, I enjoyed learning about Piantanida, who was effectively brought to life by retellings from his loved ones and collaborators as well as some archival footage and reenactments that I’ll comment on later. Piantanida is one of those characters you somewhat lament the fact that they might not exist in today’s society where technology and the web can limit once’s path to essentially make up your own backstory to get you in the door at the next opportunity (this sentiment also applied in watching biopics about Jerry Weintraub and Steve Sabol, who were both like Piantanida in this way).

I suspect given the vast majority of ESPN’s audience will be unfamiliar with Piantanida and without any built in interest from a pro league, college, or team, ratings may be a bit on the lower end for this installment. While ESPN is probably expecting this, I’m more worried about viewers hitting the eject button or fast forwarding through the middle third of this film. I’m typically someone who has higher than average patience for longer forms of media but was fighting the urge to just look up whatever resolution we were heading to. More and more, people like happy stories with happy endings and prefer them to be told in a concise manner (you’re probably reading this right now, wondering when the hell this thing will wrap up).

This is where I anticipate Angry Sky will run into trouble.  It’s basically 90 minutes with commercials with a general tone of “this is NOT going to end well… stay tuned!” I think that will reroute many to Piantanida’s Wikipedia page and ultimately something a little more quicker paced and less gloomy.

I could easily see Angry Sky being enjoyed by a broader audience if it was an hour long 30 for 30 or perhaps even a 30 for 30 Short. While this may come off as unpractical feedback, SB Nation’s Jon Bois actually did a similar youtube film on Larry Walters and his lawn chair balloon adventure that clocked in at 23 minutes. Tremaine was obviously swinging for the fences though, and did get the film into the Tribeca Film Festival. I did enjoy the story but wonder how it will connect with ESPN’s audience, their attention span, and preferences.

In terms of the actual filmmaking, I can say Tremaine and the team brought Piantanida to life, which is no easy task. Much like Hawaiian: The Legend of Eddie Aikau, this film’s protagonist lacked source material like photos, video, and audio – hence our understanding of him was diluted and filtered through relying almost solely on retellings. Tremaine was able to bring together many close friends, family members, and collaborators of Piantanida to help aid the storytelling. What did stick out however was some very shrewdly made recreations.

If I had to describe it, a large chunk of this movie looks like the opening song and intro for The Wonder Years and it was convincing enough to me that I didn’t figure it out for quite a while and then I was somewhat lost as to what was actual footage and what was not. I’m still not confident here for several scenes, nor is it that important as both added to the film. I just imagine this is going to drive some people absolutely crazy.

What I will say is the reenactments were so damn convincing, I wonder if Tremaine and the company might want to consider making this into an actual feature film as to some degree they put in the time and effort to really recreate that era and many significant shots to the story.

Ultimately, Angry Sky is not for everyone but I’m encouraged that ESPN offers a mix of stories in 30 For 30, where this can exist along with more mainstream fare. This was an amazing story, one I’m happy to have absorbed, but one that I think will not be as palatable as most installments for religious watchers of 30 For 30 who may expect a more sportier story than what Angry Sky delivers.