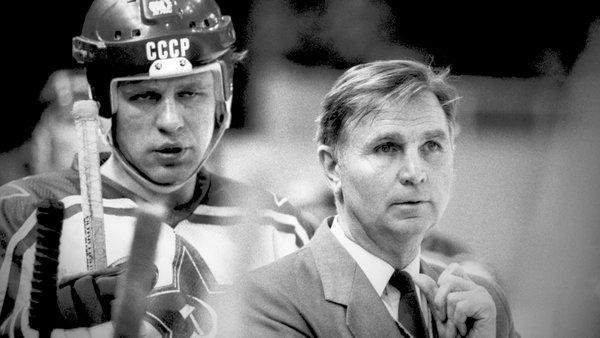 Director – Jonathan Hock (Previously directed 30 for 30’s The Best That Never Was, Unguarded, and Survive And Advance)

Most Similar To – Once Brothers, Brothers In Exile, No Mas

Review –  Out of seventy 30 For 30 installments (that sounds funny to say), only one has come out in February and only two have been hockey focused. While Of Miracles And Men is somewhat of an outlier in terms of scheduling and subject matter, I think this is a positive sign that Exit 31 (the umbrella group overseeing 30 for 30 among many other premium content brands) is beginning to stretch its legs a bit inside of the ESPN empire as this installment follows a slew of under the radar ESPN Films that have also been regularly been rolled out over the last few months.

One of two new documentaries looking at the Russian point of view of the famous 1980 American upset of the Soviet National team, Of Miracles And Men covers a lot of ground not just limited to the 1980 Olympic games. For those looking for a two hour nostalgic trip down “Do You Believe In Miracles” way, you’re going to be a bit disappointed as the film is really three different stories, the middle of which is a more somber yet interesting perspective of the Miracle game.

The first third of the film focuses on the founding of the Soviet national hockey program. To my surprise, hockey in the Soviet Union was a rather new pastime as Bandy, a hockey like sport I’d never heard of, was the preferred sport for most of the last century. But with Bandy not being an Olympic sport, Soviet leadership made it a priority to launch a national hockey program under the stewardship of Anatoly Tarasov. Of Miracles And Men chronicles the slow and steady rise of the Soviet program, the connection with their coach and his rugged training techniques, and their arrival on the international scene (beware Canadians…. shade is definitely thrown on you regarding the 1972 Summit Series).

The middle third of the film focuses on the 1980 Olympic games.  Tarasov is gone to dismay of the players and new coach Viktor Tikhonov is painted as a bit of an unhinged dictator, an extension of the country he coaches for, and the film’s main antagonist. While it’s enjoyable to relive the iconic American win, the Russian point of view and retelling is obviously a lot more drab and less detailed than the storybook version we’re all familiar with.

There is very solid participation in terms of retellings and centers around Viacheslav Fetisov’s return to Lake Placid as he retraces the shocking loss that unfolded. While this was supposed to be the most compelling portion of the film, at times the retelling can be a bit lacking in new insights as the game is clearly something the Soviet team has tried to forget over time. That said, the addition of the Soviet broadcast of the game, some provocative questioning about coaching decisions, as well as some insights into the crummy living accommodations for the Soviet team and other Olympians did shed new light and perspective on the Miracle game.

What I actually found the most interesting was the final third of the film which focuses on the aftermath, but mainly the influx of Russian talent into the NHL as this was a new story to me entirely. I was vaguely aware that sometime between the 1980 game and the early 90’s, Russian talent began trickling into the NHL but I was unfamiliar with how that barrier was broken. Historically those have always made great stories and (although packaged as a documentary on the 1980 game with the US) I think a lot of viewers will enjoy a back and forth play by play of how that barrier was finally broken.

In terms of filmmaking attributes, Of Miracle And Men is very high quality, which is to be expected Hock’s other three 30 for 30’s are elite level. I don’t have much to quibble with but imagine that this film may lose some people because it’s internationally focused, long, and heavy on subtitles which I’ve been told can annoy folks who somewhat zone out a bit while viewing. None of these “issues” effected my enjoyment of the film, although the film’s first third seemed to drag at times retelling the history of the Soviet’s programs early years.

If I had to give grades to the three portions of the film the Soviet early years would get a B-, the 1980 US game retelling would get a B+, and the Russian influx into the NHL an A-. Ultimately Hock’s works typically fall outside of the top ten 30 for 30’s but are never in the lower half. While I think many may expect a little more sizzle and nostalgia tied to the 1980 US game, Of Miracle And Men covers a whole lot of ground and does so in a compelling and informative way, while steered by a consistently competent and imaginative director, and hence is definitely worth a viewing.