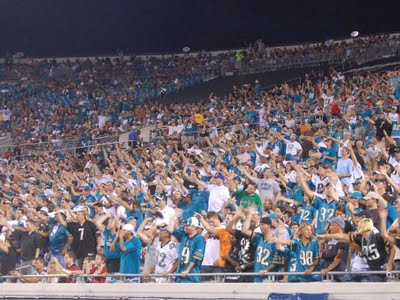 The major question that’s been raised in the wake of never-ending NFL scandal and controversy is the tangible effect it might have on the league’s popularity.  Will the NFL slowly fall from its seemingly unconquerable position as the dominant sports and entertainment entity in the western hemisphere?

The first national polling on the NFL’s disastrous month reveals some interesting trends and facts.  An NBC News/Marist poll discovered the following:

The NBC/Marist poll shows that 53 percent of Americans and 57 percent of football fans disapprove of the way the NFL has handled the recent reports of domestic violence. The survey finds that men are more disapproving of the NFL (55 percent say so) than women (50 percent).

Despite the criticism, fewer than a third of Americans – 29 percent – believe Goodell should be forced to resign.

* Before we move any further – 3% of people are more likely to watch the NFL because of these domestic violence instances?  Did these people misunderstand the question?  Or do we finally now know the exact percentage of the American population that are trolls?

As our colleague Brad Gagnon points out, the fact that there is any percentage of fans saying they’re likely to turn away from the NFL is what is really important here, is it not?  11 percent may sound like a tiny number, but consider this…

Bears-49ers on Sunday Night Football reached 16.5 million viewers in Week 2.  If 11% of fans refuse to tune in, that’s a loss of 1.8 million fans.  Should the NFL not be concerned with potentially losing 1.8 MILLION PEOPLE because of their own mistakes?  What if 10% of the population boycotts the Super Bowl this winter?  You’re looking at a loss of over 10 million fans for the big game.  These are not numbers to sneeze at.

The two major surprises from the poll are that men are more unfavorable towards the NFL’s handling of its domestic violence crisis than women and that so few want commissioner Roger Goodell to resign.  With the push to force Goodell out now reaching members of congress, one would have thought that number would be higher than 29%.

The NFL is not suddenly going to disappear and go the way of horse racing and boxing.  But the league should take heed of these results and the continued impact of negative publicity and over-saturation over time.  If the league does see a dip in popularity over the next 10-20 years, we may just look back at this season as a moment in time when the NFL did indeed hit its cultural apex.