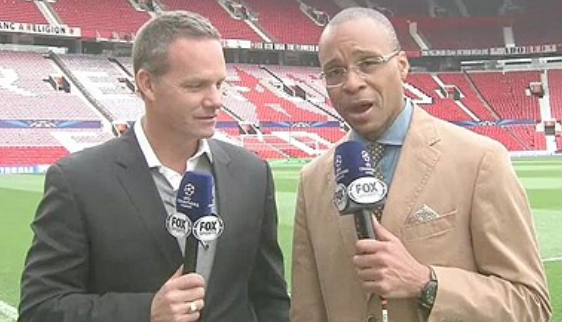 2014 was a big year in sports media circles, with a whole host of major stories. However, some of the highest-profile ones may wind up not leading to large changes, and some that didn’t get a massive amount of play at the time may wind up having huge implications for media consumers down the road. Here’s a look at the 10 most notable sports media stories of the year, ranked not by how much ink they got, but by what their effects on the sports media landscape could be.

10. Long-term NBA/MLS deals: The new TV deals for the NBA and Major League Soccer didn’t change much in terms of where those leagues’ games will be broadcast, but they both were for remarkably long terms (through 2025 and 2022 respectively). The NBA pulled in a staggering amount of money ($24 billion over the term of the contract, over $2 billion annually), and MLS did well for itself as well ($720 million total, $90 million annually, more than the English Premier League’s U.S. deal). Both deals will provide some broadcasting consistency for those leagues for the near future, and also some programming consistency for the networks involved (ESPN and Turner with the NBA, ESPN and Fox with MLS). Perhaps most notably, the NBA deal in particular illustrated that the supposed “sports rights bubble” is nowhere near ready to pop yet.

9. ESPN suspensions: Generally, ESPN’s suspension inconsistency is more notable for sports media writers than broadly significant to sports media consumers. However, 2014 saw this long-running issue elevated to a point where it received much more publicity than ever before, and perhaps had more of an impact on the Worldwide Leader’s brand than ever before. The Bill Simmons suspension in particular (which we’ll talk more about later) cued up a firestorm thanks to his popularity, it coming over comments about Roger Goodell and Ray Rice, and his potential pending free agency; the delayed action on Stephen A. Smith over domestic violence comments was perhaps even more troubling.

Other suspensions, such as those handed out to Dan LeBatard, Max Kellerman and Keith Law, illustrated the network’s inconsistency (and the futility of many of its punishments) even more, and ombudsman Robert Lipsyte’s thorough and impressive investigation of ESPN’s disciplinary policies showed how flawed and non-methodical their approach is while also bringing the matter to the attention of a wider audience. ESPN’s questionable disciplinary decisions are nothing new, but the ones that emerged in 2014 were so significant (and were noticed by many media consumers, not just by media writers) that they could have an impact on the network’s brand and credibility going forward.

8. WWE Network’s struggles: Professional wrestling isn’t everyone’s cup of tea, and it doesn’t always affect the wider sports media picture, but the direction World Wrestling Entertainment took in 2014 with the launch of the WWE Network and the successes and challenges they’ve had pursuing that approach are extremely relevant to other sports. The announcement of the network’s launch in January seemed like a potential game-changer, as it promised to include current live pay-per-view events, original programming, and access to the vast library of past WWE, ECW and WCW events; that’s substantially more content (and more on-demand functionality in particular) than most sport-specific or league-specific networks have had in the past; it also demonstrated an attempt to sell sports content directly to fans and cut out the middleman. While the monthly price was a substantial discount over buying each of the company’s 12 yearly PPVs, not every wrestling fan was willing to pony up that much. Including the PPVs in the package also annoyed PPV distributors like DirectTV.

How did the network actually play out? There was huge demand for it at launch, and although technical issues and website crashes made that launch a rocky one, they still made it to over 667,000 subscribers (two-thirds of their break-even goal of one million) after just six weeks. Things got worse from there, though; WWE’s new TV deal with NBC Universal was drastically below expectations, tanking the company’s stock by almost 50 percent within a week, and expanded free trials/slashed budgets for network programming in early July suggested they were getting desperate. They only added 33,000 subscribers (reaching 700,000) in Q2, and an overseas launch didn’t go well. The third quarter got even worse despite the network now being available overseas, as it only boosted its numbers by 31,000 (to 731,000 total subscribers; however, that’s with the addition of 281,000 and the loss of 250,000), and that saw WWE drop the six-month subscription requirement in hopes of drawing more fans. So far, the network has been a bold experiment, but one that’s looking more like a failure than a success. It still is an important story, though, and it could have major implications for how other companies (HBO and ESPN in particular) approach plans to launch streaming services that don’t require cable subscriptions.

7. ESPN and SEC bias: This is similar to #9 in that it’s a long-running story that affects ESPN credibility, but one that came to much more prominence this year. However, it deserves a higher ranking than ESPN disciplinary policies because it can have much more of an effect on the average sports media consumer. While college football’s (largely ESPN-prompted) move to a playoff means the eventual champion will be less determined by polls and storylines than it was in the BCS era, this is still the rare sport where subjective opinions have an actual on-field impact. ESPN isn’t making those decisions on “Who’s In?” itself, but as the largest provider of college football content (both game and studio), it seems likely their coverage decisions have at least some impact on the thinking of some committee members. Perhaps even more importantly, though, what teams and leagues ESPN wants to talk about and televise in prime positions matters for bowl slots, merchandise sales, broadcasting deals, and most crucially, conference realignment, something they’ve repeatedly been accused of meddling in.

Thus, examinations of ESPN’s coverage of various college football leagues and teams are not as “stupid” or “uninformed” as Chris Fowler would have you believe. Heck, his addressing the subject on GameDay alone only further boosted the conversation about it. In fact, keeping a close eye on ESPN’s business relationships and how they could affect its coverage is vital for consumers. Is there any definitive way to prove that the network is or isn’t doing things on-air that benefit certain leagues it’s in business with? Nope; even clocking the amount of coverage GameDay gives each league is only a start (one that does suggest there’s a whole lot of SEC coverage, though). However, watching ESPN’s college football coverage with healthy skepticism is important for consumers (regardless of if it is actually biased or not), and many would seem more likely to do that after the attention the network’s purported bias received this year.

6. Final Four teamcasts: Turner’s plan to provide team-specific broadcasts for the NCAA men’s basketball Final Four matches and the championship game (in addition to the traditional neutral broadcasts) was a bold undertaking, and one that might lead to similar moves down the line, but it was far from an unqualified success. The different broadcasts and where they could be found weren’t publicized well, which led to a lot of confusion and complaints about homerism. They also weren’t able to attract some of the top regular announcers, which led to finding a local Kentucky sportscaster (Rob Bromley) who hadn’t done play-by-play in five years. The overall idea of home-team announcing carries some questions to begin with, but the execution here was n’t what it could have been. Still, this is something we may see more of in the future. If we do, hopefully it will go more smoothly next time.