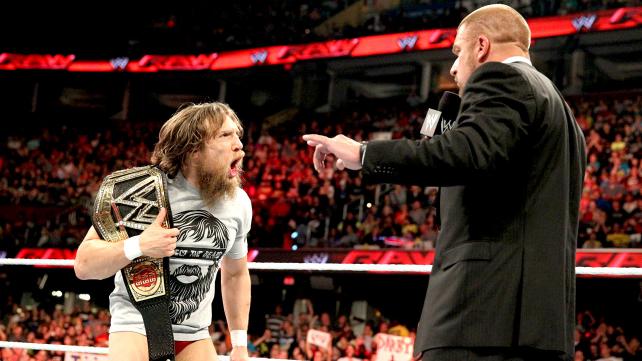 After last week’s disappointing new TV deal sent their stock tumbling by almost 50%, WWE has been a bit of a hot topic in various corners of the Internet. It even led Vince McMahon to publicly admit he was disappointed himself in the new NBC Universal contract, which is as rare as a Bigfoot sighting. Along with the new TV deal, much of the discussion has shifted back to WWE Network, and how the ambitious project may end up dooming the company’s future. But at this point in time, there’s only one thing for certain about WWE Network, and that is nothing is certain.

Many people will point out that the WWE Network is falling well short of the numbers needed to break even on the costs to start the network up and replace the pay-per-view revenue that they’re losing. More people will point out that the WWE Network subscriber base is likely bound to take a nosedive in the fall once the initial six-month term for subscribers has expired. Both of those points are quite true, but they are also quite misleading. While it’s true that the network will fall short of expectations this year, that doesn’t immediately mean it’s a failure. After all, it does take a substantial initial investment to launch a behemoth like WWE Network. During the next fiscal year, that giant chunk of startup money will be off WWE’s books.

Another thing to consider deals with the decrease in pay-per-view revenue that WWE is dealing with. While the $10 per month for WWE Network won’t offset that loss in revenue, the extra 50% that WWE will be receiving in TV rights *will* do a nice job at offsetting that loss next year, in spite of the disappointment they couldn’t get a bigger increase. So while WWE will run at a loss this year, next year, they’ll have an increased amount of revenue from TV rights along with an increased amount of revenue because of the lack of WWE Network startup costs.

Comparing the WWE Network subscriber to WWE pay-per-view event buyers is also a flawed premise. When you do that, you’re assuming that only current WWE viewers would be interested in the product. I haven’t watched a WWE event for more than a couple of minutes in over a year, haven’t attended a live show in nearly a decade, and haven’t bought a pay-per-view since I was in high school. Yet, the Network appeals to be because of the insane amount of archival footage that it contains. People like me don’t care about the Network for the live pay-per-views on the schedule – we care about the Network for the thousands of hours of old footage that we fell in love with when we were kids. The Network isn’t just trying to modify the current pay-per-view model, it’s trying to become the Netflix of pro wrestling. Instead of digging through piles of VHS tapes or DVDs, or scouring Youtube for a copy of a match with oodles of tracking issues, the old school fan can just search for what they want, and watch it whenever.

Netflix didn’t become profitable until six years into the company’s existence. No one proclaimed that Netflix was a failure three months in. Hell, no one imagined at that time that brick and mortar video rental stores would be killed due in large part to Netflix. I’m not claiming that WWE Network is going to help accelerate the cause of death of an industry, but it’s pretty clear that more and more people are going the cord-cutting route and relying on services like Netflix and Hulu for their television needs. WWE’s new TV deal is for less than five years, so they’re not locked in to a network deal for too long if something drastic, like a la carte cable packages, happens within the cable industry. By that time, WWE Network will be more fully established and they could have a serious decision in regards to the future of their programming.

WWE Network was the next logical step for WWE, and it’s still way too early to stick a “success” or “failure” label on it. As long as they keep adding vintage footage to the network’s archives, they’re going to keep bringing in the old school fans to supplement the current fans that are subscribing to the network in lieu of buying pay-per-views. And who knows, maybe some of those old school fans will check out some of the current product on a whim, enjoy it, and drop even more money on live events or merchandise.

TV revenues aren’t the sole sign of WWE’s success or failure and neither is the fact that Vince McMahon is no longer a billionaire thanks to falling stock prices. It’s easy to look at a disappointing increase in rights fees and a below average Network subscriber base after three month and immediately start calling for heads on stakes. However, the WWE Network is a long-term play that could still end up being a major success story if the company, its fans, and investors have the patience to stick with it.