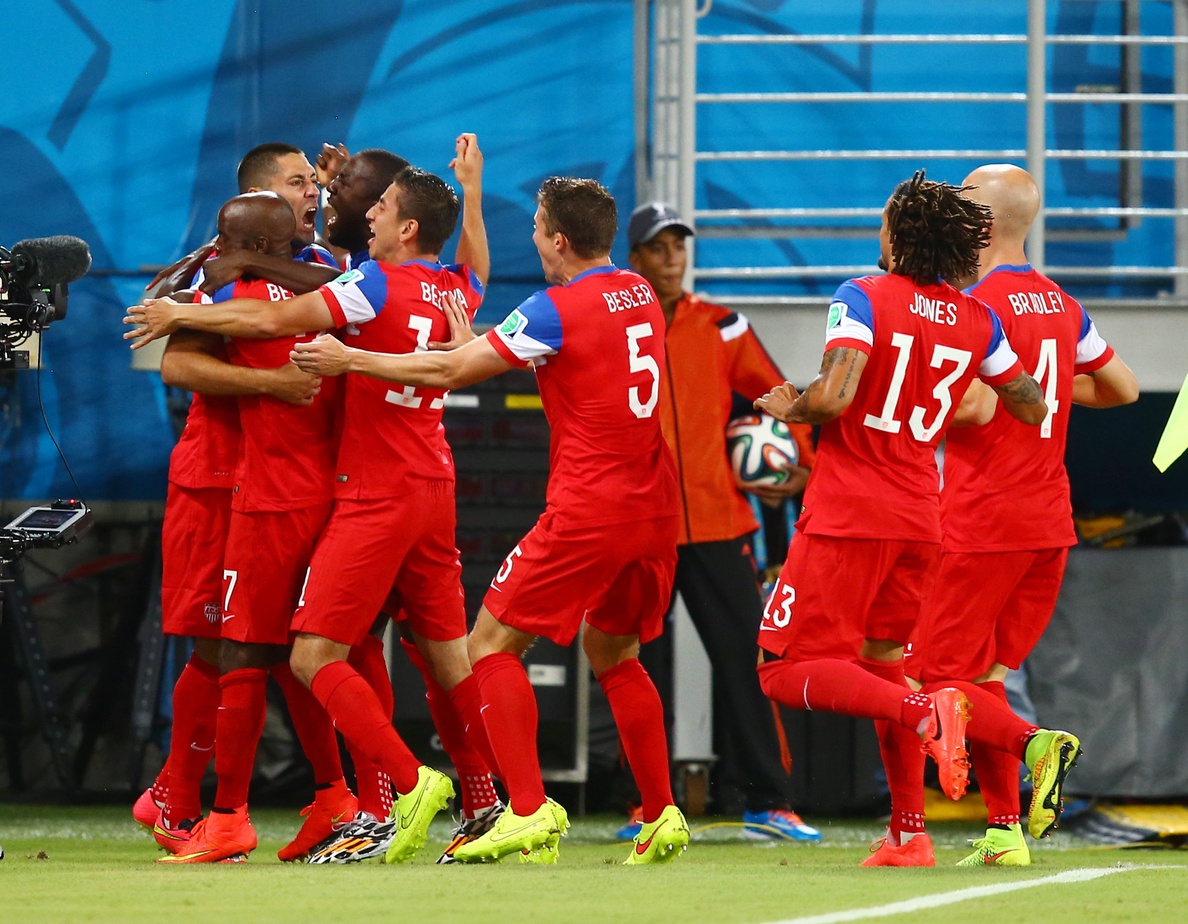 Whenever a conversation takes place about the popularity of soccer in America, it’s bound to immediately devolve into madness reminiscent of Luis Suarez at a screening of Silence of the Lambs.

On one side are the soccer diehards who champion anything and everything about the sport and believe soccer is either already in the American mainstream or is always on the cusp of it.  On the other side are people like Dan Shaugnessy and those who are blaming those dang hipsters for World Cup fever sweeping the nation.  These two sides are seemingly always in opposition with one another and the World Cup represents a quadrennial battleground on which to engage in this seemingly neverending war.  Soccer has “made it”… soccer will never “make it”… loving soccer is great… loving soccer is un-American… etc, etc, etc.  Whether it’s a cultural or generational gap or what have you the debate over soccer’s popularity in America is something fiercely defended or opposed depending on which side you’re on.  Nobody ever wants to die on the hill of NASCAR or hockey or golf’s popularity like they do with soccer.  It’s a weird obsession.

Even though I’m firmly in the pro-soccer crowd, it’s time for a bit of levity and perspective when it comes to these insanely high World Cup ratings, especially when it comes to the audience for the USMNT games thus far, and what it truly means for the sport.

The 24.7 million people that watched USA-Portugal across ESPN and Univision was on par with the audience drawn by the BCS National Championship game in January (26.4 million).  It smashed the Final Four, the Masters, the Stanley Cup Final, NBA Finals, and pretty much everything in between outside the NFL and Olympics this year.  To put it in further perspective, Kentucky-UConn drew 21.2 million viewers in April.  Game 6 of the World Series drew 19.2 million viewers last fall.  Game 5 of the NBA Finals drew 17.9 million.  USA-Portugal beat them all.  Handily.

Those are all awesome numbers for soccer fans and anyone associated with the sport.  It’s something to be celebrated and it is evidence that soccer has “made it” so we can stop having that silly and utterly cliched debate.  25 million people don’t tune in to watch something that is “foreign” or not in the “mainstream.”  So let’s just stop all the nonsense debating soccer’s worth or “Americanness.”  Let’s stop all the “get off my lawn” rants from curmudgeonly sports columnists and the tired complaining about people liking soccer meaning we’re going to start living under the British monarchy once again.

The more interesting conversation is whether or not these massive World Cup audiences will have any lasting effect.  Can MLS and American soccer truly capitalize on the World Cup?  Or is this the product of a potent “special event” + “Team USA” combination with only a dash of “soccer growth” mixed in that has led to ratings gold?

For the answer, it’s helpful to look to hockey.  Namely, the Olympic hockey tournament.

In 2010, the USA-Canada gold medal game in Vancouver reached the biggest American audience to watch a hockey game since the 1980 Olympics.  27.6 million people watched the game in America and a further 16.6 million watched in Canada (making it the most-watched event ever on Canadian TV).  Two-thirds of an entire continent basically came to a screeching halt for the game.

The impact on NHL TV ratings since has been minimal.

Yes, the NHL has seen growth in viewership over the last few seasons.  And yes, the NHL just had its most watched postseason on cable since 1997 and by many metrics NBC recorded its best season to date in the ratings department.  But it’s impossible to argue that it’s because of the impact of that one USA-Canada gold medal game.  NBC and the NHL have benefitted greatly from big market teams with significant followings like the Chicago Blackhawks and Boston Bruins being successful.  If there was some kind of tangible, wider impact from that huge audience, ratings for Kings-Devils should have drawn more than a 1.8 average rating in 2012, right?  Ratings for St. Louis Blues games didn’t shoot through the roof this season because millions wanted to stick around and see the latest heroics of T.J. Oshie.

I don’t say that to be snide, it’s merely the truth.  The massive viewership numbers for USA-Canada were more for the “big event” status of the game.  And the same will (likely) be true with the World Cup and soccer ratings in this country.

World Cup ratings were also very high in 2010 and yet, there was no discernible bounce for MLS.  People were all aboard the USMNT bandwagon.  Tens of millions watched throughout the tournament.  And yet, ratings for the American soccer league have continued to go down in past years while the World Cup and leagues like the EPL have gone up.

The stark reality is that no matter how high viewership numbers get for the 2014 World Cup, it’s unlikely to be anything that provides a bounce to MLS.  It’s going to be extremely difficult to get those viewers who tuned in for USA-Portugal to come back for a Crew-Rapids game in September.  Until MLS can add more star players from around the world and gain that big event feel, a ratings bounce for the league will never happen.

Why?  Again, it speaks not to the tired debate about soccer’s growing popularity.  Rather, it speaks to the growing stature of the World Cup as a major event in American sports and society. When Clint Dempsey is being interviewed by Ryan Seacrest and the fourth hour of the Today Show is trying to figure out the mysteries of stoppage time, the World Cup has reached major event status.  The top headline on CNN.com yesterday was not IRS hearings on Capitol Hill or political events overseas, but Luis Suarez biting Giorgio Chiellini.

We are very much an event-driven culture and the World Cup is stepping up to the rarefied air occupied by the Super Bowl, Grammys, Oscars, and yes, the Olympics.   And yes, much of that is due to soccer’s growing popularity.  You can’t slap the stars and stripes on anything and get millions to watch.  If so, the World Cup of Darts would be a much bigger deal on these shores than it is.  (And trust me, darts needs to be a much bigger deal here.)

The crossover ratings bounce isn’t there because the MLS Game of the Week doesn’t occupy that same event status as the World Cup.  But what everyone in this conversation needs to realize is that it’s not a condemnation of soccer’s popularity in America when the bounce doesn’t happen, it’s a normalization that happens with nearly every sport.

There was no ratings bounce from the World Series to a Twins-Indians game that drew under 400,000 viewers on Fox Sports 1 earlier this year (and was beaten by the EPL, mind you).  The same can be said for the lack of bounce from the millions who watched Olympic hockey to the 532,000 viewers NBC averaged for the NHL this season.  Soccer and the World Cup follow that precise pattern – huge audiences for big events, much smaller audiences for regular season action.  But the thing about those sports is nobody asks whether America will still care about baseball after the millions who watch the World Series depart like they do with soccer.  There’s no debate about whether or not America is truly a “basketball nation” when only 267,000 viewers watch Villanova-Purdue.  And yet, we have to hear these same debates every four years about soccer when really, the sport follows the same ratings trends as everyone else.

The massive World Cup audience is proof that soccer on television behaves just like any other American sport.  And really, isn’t that what people are fighting about in the first place?