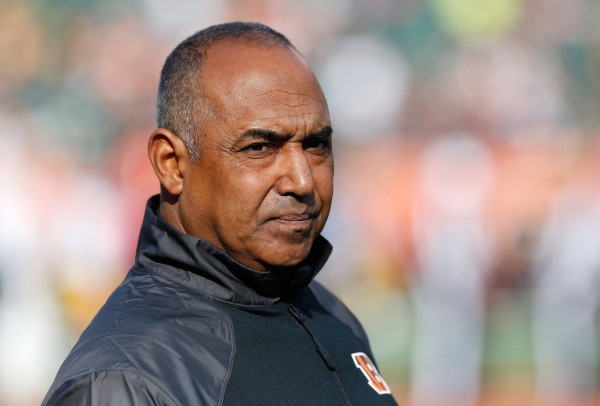 Ed Note: The following appears courtesy our friends at This Given Sunday.

Week 17 in the NFL is here, and you might be entering the weekend with your own preferences regarding which games to focus on, and which to place on the backburner.

Most of you have your favorites and fantasy players to track. But in case you’re completely neutral or need help breaking ties with regard to what to watch, we’ve ranked all 16 games from most appealing to least enticing.

1. Bengals at Steelers (Sunday night, NBC): The AFC North crown is on the line as two of the hottest teams in the league meet in prime time. The winner is a legit Super Bowl contender.

2. Lions at Packers (Sunday, 4 p.m. ET, FOX): I fear the blowout here in a de facto division title game, but Detroit did beat the Packers in impressive fashion early this season.

4. Chargers at Chiefs (Sunday, 1 p.m. ET, CBS): Two desperate teams fighting for AFC playoff wild-card spots in what should be a close game at Arrowhead. Plus, can Kansas City go an entire season without getting a touchdown from a wide receiver?

5. Rams at Seahawks (Sunday, 4 p.m. ET, FOX): St. Louis did beat Seattle earlier this year, but this one’s in the Pacific Northwest and the Seahawks are on a roll. Monitor but don’t make this your feature presentation.

6. Browns at Ravens (Sunday, 1 p.m. ET, CBS): Baltimore needs a win to keep its season alive, and the Ravens barely beat Cleveland earlier this season. One to keep an eye on in case the Browns stick around.

7. Jaguars at Texans (Sunday, 1 p.m. ET, FOX): Congrats, FOX, for receiving this game to even out cross-network flexing for the season. It’s barely worth any attention, but Houston is still technically alive and J.J. Watt could make one final case for the MVP here.

8. Raiders at Broncos (Sunday, 4 p.m. ET, CBS): Let’s be real, Denver is going to crush Oakland at home to make up for what’s been happening of late. Tune in only if it’s close late, and only if Lions-Packers and Panthers-Falcons have been decided.

9. Cardinals at 49ers (Sunday, 4 p.m. ET, FOX): This could matter a lot or not at all. But Seattle is likely to kill the Rams in order to make it meaningless.

10. Eagles at Giants (Sunday, 1 p.m. ET, FOX): Both teams are eliminated, but this is Mark Sanchez’s final chance to audition for something in 2015. Plus, the Giants are on fire and Odell Beckham Jr. deserves some attention.

11. Cowboys at Redskins (Sunday, 1 p.m. ET, FOX): No meaning at all here, but Tony Romo could lock up the MVP award and Robert Griffin III is still trying to make a statement.

12. Bears at Vikings (Sunday, 1 p.m. ET, FOX): One final chance for Jay Cutler to pad his résumé ahead of the offseason.

13. Bills at Patriots (Sunday, 1 p.m. ET, CBS): Neither team has anything to play for, and it’ll likely be a blowout.

15. Colts at Titans (Sunday, 1 p.m. ET, CBS): Indy still technically has something to play for here but this’ll be a blowout as well.