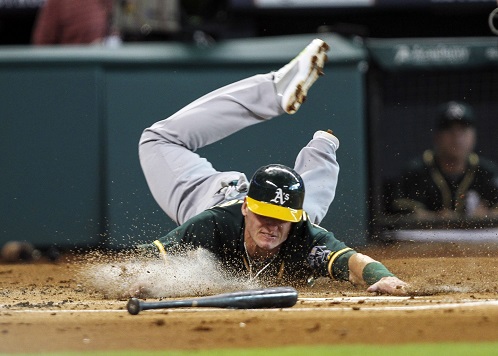 Something interesting happened on Wednesday in Houston. The Athletics-Astros game drew a 0.0 rating on CSN Houston, the third time this has happened since the network’s launch nearly two years ago. While this in and of itself isn’t strange, the other side of the equation is – the game wasn’t available at all in Oakland on CSN California, meaning that the two local ratings for the game were 0.0 and N/A. This is absurd, considering the size of both markets.

In cases like this, I don’t know why MLB.com doesn’t throw the home markets a bone. There was no local TV for the Diamondbacks-Reds game earlier on Wednesday afternoon, yet MLB Network aired the game exclusively in those two markets so fans could at least watch *some* baseball. Fans in Oakland were doomed to a doubleheader of Nationals-Marlins and Pirates-Giants in the afternoon (well, morning into afternoon), with no way to watch their local team.

Hopefully, each team that goes through these issues will have them ironed out in their next TV deal. It’s an absolute joke that in the year 2014, local fans can’t watch every one of their team’s games on television, even when ponying up for their local RSN.