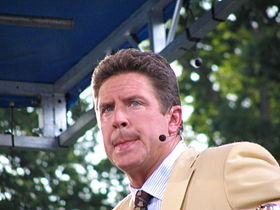 Ya know, I’ve done a lot of things accidentally before.  I’ve accidentally spilled a glass of water all over my laptop.  One time when I was younger I accidentally swung a golf club in the house straight into a lamp.  I might have even accidentally hit “reply” instead of “reply all” on an e-mail chain.

But one thing I’ve never done is accidentally sued someone like Dan Marino.

Yesterday, a major sports headline was Dan Marino suing the NFL over concussions.  Less than 24 hours after that story broke, Marino is now reportedly withdrawing from the lawsuit.  Apparently, it was all a misunderstanding and Marino mistakenly sued the NFL.  From the South Florida Sun-Sentinel…

Dan Marino, the legendary Miami Dolphins Hall of Fame quarterback, intends to withdraw from a lawsuit against the NFL for concussions.

The Los Angeles Times reported on Monday that the former quarterback joined 14 other players to sue the league.

According to a source, Marino, 52, and his lawyers will be in discussions to withdraw from the lawsuit that was filed in U.S. District Court in Philadelphia.

“It was never Marino’s intention to initiate litigation in this case, but to ensure that in the event he had adverse health consequences down the road, he would be covered with health benefits. They are working to correct the error,” a source said to the Sun-Sentinel.

Marino and his lawyers are attempting to discover how Marino’s name was joined to the lawsuit. Marino has said in the past he had two reported concussions during his 17-year career.

CBS chose to part ways with Marino earlier this year as a studio analyst for The NFL Today.  He and Shannon Sharpe have been replaced by Tony Gonzalez and Bart Scott.  But the former Dolphins QB may have another good reason for getting out of a lawsuit besides “clerical error.”  Namely, a potential front office job with his former team…

Still though, none of that answers the question of how one accidentally gets involved in a lawsuit?  It’s all becoming clear to me now – Dan Marino was the one behind that fake Johnny Manziel suit, wasn’t he?