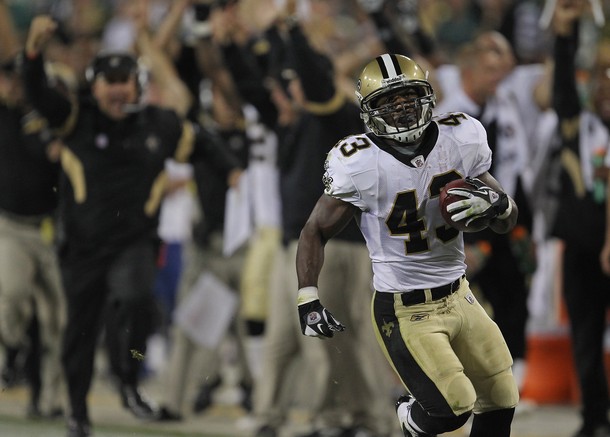 In this day and age when all NFL games are televised, it’s hard to believe that there was a time when a game wasn’t on television. But it actually did happen and it occurred twice in the same year.

Now, thanks to the people at the506.com and Classic TV Sports, we discover that there were two cases where NFL games were not aired on network or even local television. How is this possible? Well, we have to think they would be extraordinary cases and they are.

Cut to 1975 when the NFL was televised by just three networks (ABC, CBS and NBC) and the season lasted just 14 games instead of the now-customary 16. World Series games were actually played in the afternoon. Cable television was not as prevalent as it is today and there was no such thing as ESPN.

In 1975, ABC aired Monday Night Football (with an occasional late-season game on a Saturday night), CBS had the NFC package and NBC aired the AFC.

The first non-televised game that year was between the New England Patriots and the Cincinnati Bengals on Sunday, October 12 at 1 p.m. ET. Normally, this would have been aired regionally on NBC. However, NBC was scheduled to carry Game 2 of the World Series between the Cincinnati Reds and the Boston Red Sox. Yes, an actual afternoon World Series game going against the NFL. At that time, the NFL wasn’t the ratings juggernaut that it is today and the World Series played its weekend games in the afternoon while weekday games were scheduled for primetime.

Now under today’s rules, the NFL might have crossflexed Pats-Bengals, but back in 1975 there was not even a thought to switch games across networks. Under NFL rules, if there was a conflict with NBC’s postseason baseball coverage, the rights to the games fell to the teams. The road team could definitely sell the rights to a local station and if the game was sold out, the home team could as well. However, with the Red Sox and Reds playing in the World Series, no station in Boston or Cincinnati wanted to compete with baseball (hard to believe now) and it was not televised in the local markets. For the other NBC games in the 1 p.m. window that conflicted with the World Series, they were sold to local stations and televised.

The other untelevised game in 1975 was on Saturday, November 1 between the San Diego Chargers and the New York Giants. That year, the Giants shared Shea Stadium with the Jets as the team was awaiting construction on the old Meadowlands to be completed. While in transition, the Giants played at the Yale Bowl in New Haven, CT for two seasons and then moved to Shea in 1975 before playing in New Jersey in 1976.

Why was this particular game played on a Saturday? It was because Shea Stadium was the primary home to the New York Mets and old school Jets fans can remember the team playing on the road for most of the first month of the season until baseball season ended. So as the Giants and Jets both played at Shea in 1975 and knowing both couldn’t play at home on the same day, the NFL allowed the Giants to play home games on a few Saturdays. In this case, the Giants were home to the Chargers.

For games played outside the normal Sunday and Monday windows, the NFL allowed the teams to sell the rights so the Chargers and Giants could sell the game to local stations. However, no station in San Diego or New York were interested in picking up the game (again hard to believe) so it went untelevised. Had that happened today, CBS would have had the rights to the game and aired at least in the local markets.

It’s hard to wrap our collective heads that something like this could happen. First, in today’s age, the World Series would not schedule a game on a Sunday afternoon to compete against NFL regional windows. It’s difficult for baseball to go up against Sunday Night Football as it does currently. And let’s say MLB did schedule a World  Series game for 1 p.m., the NFL might move games to the late window to accommodate Fox or baseball might even go to Fox Sports 1 to avoid a conflict altogether.

And second, with 16 games in the NFL season, if there were two teams playing in the same stadium, the league would find a way not to schedule on a Saturday and do some juggling so it would be played on a Sunday.

It’s interesting to see the thought process in 1975 and how two NFL games did not even make it local television.