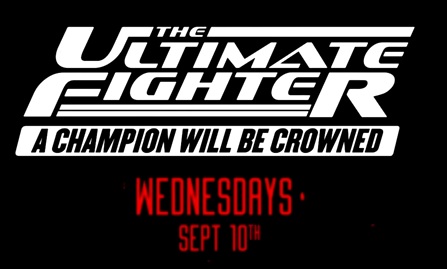 The 20th season of The Ultimate Fighter will debut on September 10th on Fox Sports 1. The three seasons of the show to air on Fox Sports 1 have struggled in the ratings, continuing a trend that started near the end of the show’s tenure on Spike.

Season 18, the first to air on Fox Sports 1 last fall, starred Ronda Rousey and Miesha Tate as coaches, with both male and female bantamweight fighters. As the season went on, a clear trend seem to emerge – the episodes of the show with females fighting drew more viewers than the shows with males fighting. After the viewership totals for Season 19 (featuring Frankie Edgar and B.J. Penn coaching) fell off a cliff, the UFC has gone to the female fighter well again for Season 20, and all 16 fighters will be women. But these aren’t just any women – they’re 16 of the best female strawweights on the planet, and winner of the show will be declared the first-ever UFC women’s strawweight champion.

Fox Sports 1 also seems to be trying to create more of an emphasis on the fighters themselves as opposed to the coaches. In nearly every previous season, the rivalry between the coaches was at center stage. Compare a preview for Season 18 to one for Season 20 – Season 18 focuses an inordinate amount on the Rousey-Tate rivalry, while Season 20 doesn’t even mention the coaches (Anthony Pettis and Gilbert Melendez, in case you’re curious). Yes, it’s difficult to hype the fighters considering that in prior seasons, the first episode (or two) was dedicated to fights to actually join the show as opposed to simply jumping right into the fire, but considering how diluted the talent pool has already become, maybe going with 16 fighters instead of 32 is simply a better strategy.

The marketing efforts to build up the individual fighters have also begun. While the original trailer for the season was a bit disappointing because of its focus on looks, the individual trailers actually add some character to the fighters. We’re not learning about the fighters ten minutes before they fight – we’re gaining some insight into them before the show even premieres. When the show premieres in a week and a half, these fighters won’t be more than just pretty faces – their backgrounds will have been established, and we’ll know about them as people rather than just reality show contestants.

And really, that’s probably the best course of action for The Ultimate Fighter in the future – build up and focus on the fighters, not the coaches. 13 one-hour episodes of a show that feature fighters coaching other fighters to hype a fight that is still likely weeks away from the finale doesn’t do a whole lot to make me care about the fight. I’d much rather have The Ultimate Fighter focused on the people trying to become The Ultimate Fighter, rather than the people who have already been there and done that. If the UFC and Fox want to hype a huge main event, bring back the Primetime series that earned rave reviews and did a fantastic job getting people amped up for big fights.