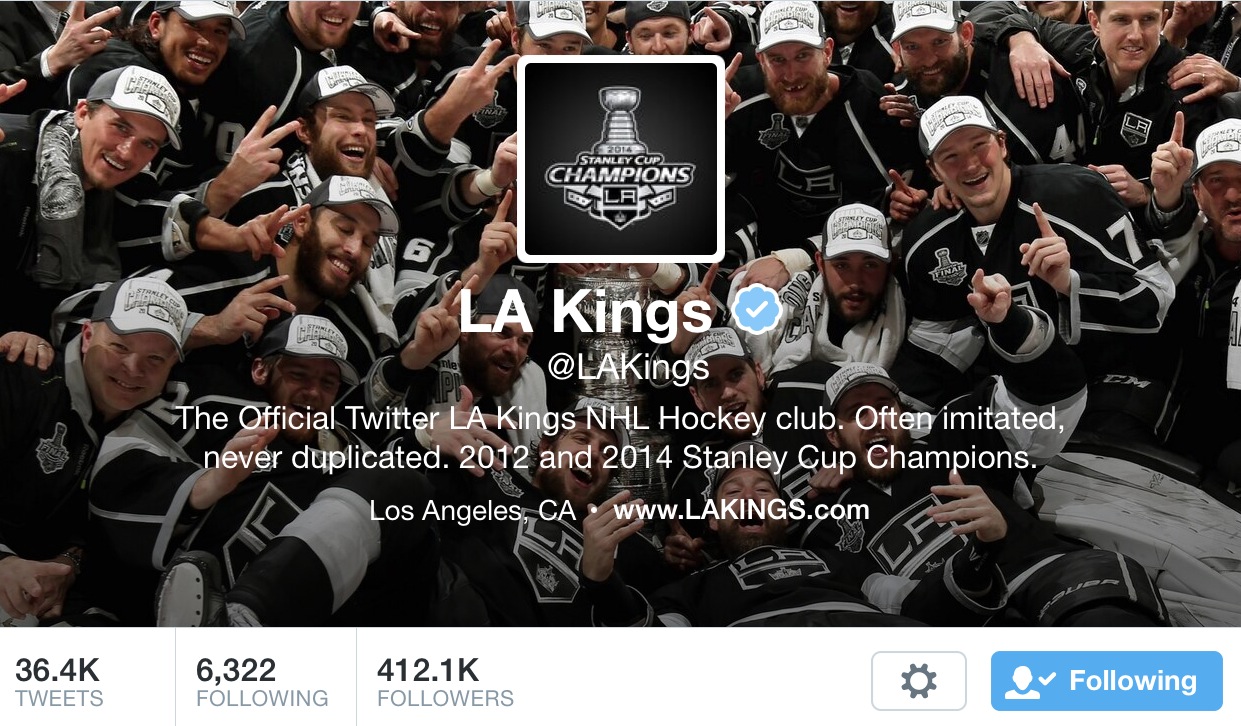 It all started with this tweet during the 1st round of the 2012 NHL Stanley Cup Playoffs after the Los Angeles Kings beat the Vancouver Canucks. 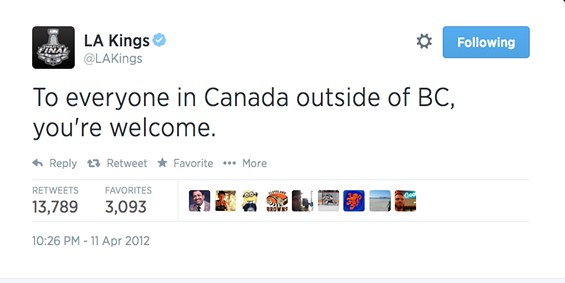 That tweet made the Los Angeles Kings twitter account a must-follow and it has continued to be that way for two years. Throughout that time, we never knew who was behind the humorous and sometimes, snarky tweets, but LA Weekly magazine caught up with the man who elevated the Kings account into one of the funnier ones in social media today.

Pat Donohue, Jr. is the team’s manager of digital media and has maintained the account since that infamous tweet about the Canucks. He tells LA Weekly, “I still don’t know if we’d be so highly regarded if it hadn’t happened. We were the eighth seed team playing the number one seed and no professional team had ever conducted itself like that. At the end of the day, it is why I still work here and why it works online is that we’re the only team that does it full on.”

Donahue says the account is not as sarcastic as it was back in 2012 so he tries to keep it upbeat and light-hearted. But there are times when he does engage fans who try to troll him as was the case when a Canucks fan accused the Kings of stealing “We Are All Canucks” when he tweeted a picture of the “We Are All Kings” slogan. Donohue said, “ok, we’ll change it to ‘We Are In The Playoffs'” as Vancouver did not make it this season.

He said he does take the time to respond to almost everyone who tweets to the account. And while he likes to take a humorous slant to the tweets, Donohue understands who’s paying him. He tells LA Weekly, “There are a lot of eyeballs watching what I do.”

So as the Kings have won their second Stanley Cup, it will be interesting to see where Donohue takes the account next season.