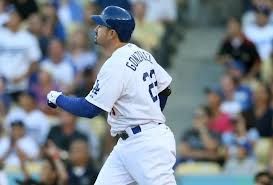 To the shock of absolutely no one, teams like to positively spin the news on their official websites. Los Angeles Dodgers PR director Joe Jareck admitted as much when talking with the media in Australia on Wednesday.

Shocking? No, of course not – if you didn’t realize this was happening, you’re incredibly naïve. What may be a little more jarring is Jareck taking shots at the local Los Angeles media.

“I’m of the belief we should give everything to Dodgers.com — there are more eyeballs there. Gone are the days when The Los Angeles Times ruled the city.” He continued, “Very few [media] have that kind of influence anymore. So I’m of the view of giving it to our own website which is double or triple what the readership of the Los Angeles Times is in print and online.”

Again, I don’t exactly know how stunning this is – the whole “print media is falling apart” mindset is nothing new, and Jareck is simply beating that point home by elevating the Dodgers’ internal media beat.

While none of these admissions are a surprise, they’re not all that good for fans. What if the only viewpoints on a story are the “team-authorized” ones? For example, instead of getting actual insight into both sides of contract negotiations, what if the side favoring the team is the one trotted out time and time again? Wouldn’t that just drive fans away from the “official” media and towards other sources?

Jareck isn’t telling us anything we didn’t already know – it’s just something that fans need to be reminded of at all times. Now more than ever with PR staffs crafting everything in sports, fans need to be aware of where and how they’re getting their news.