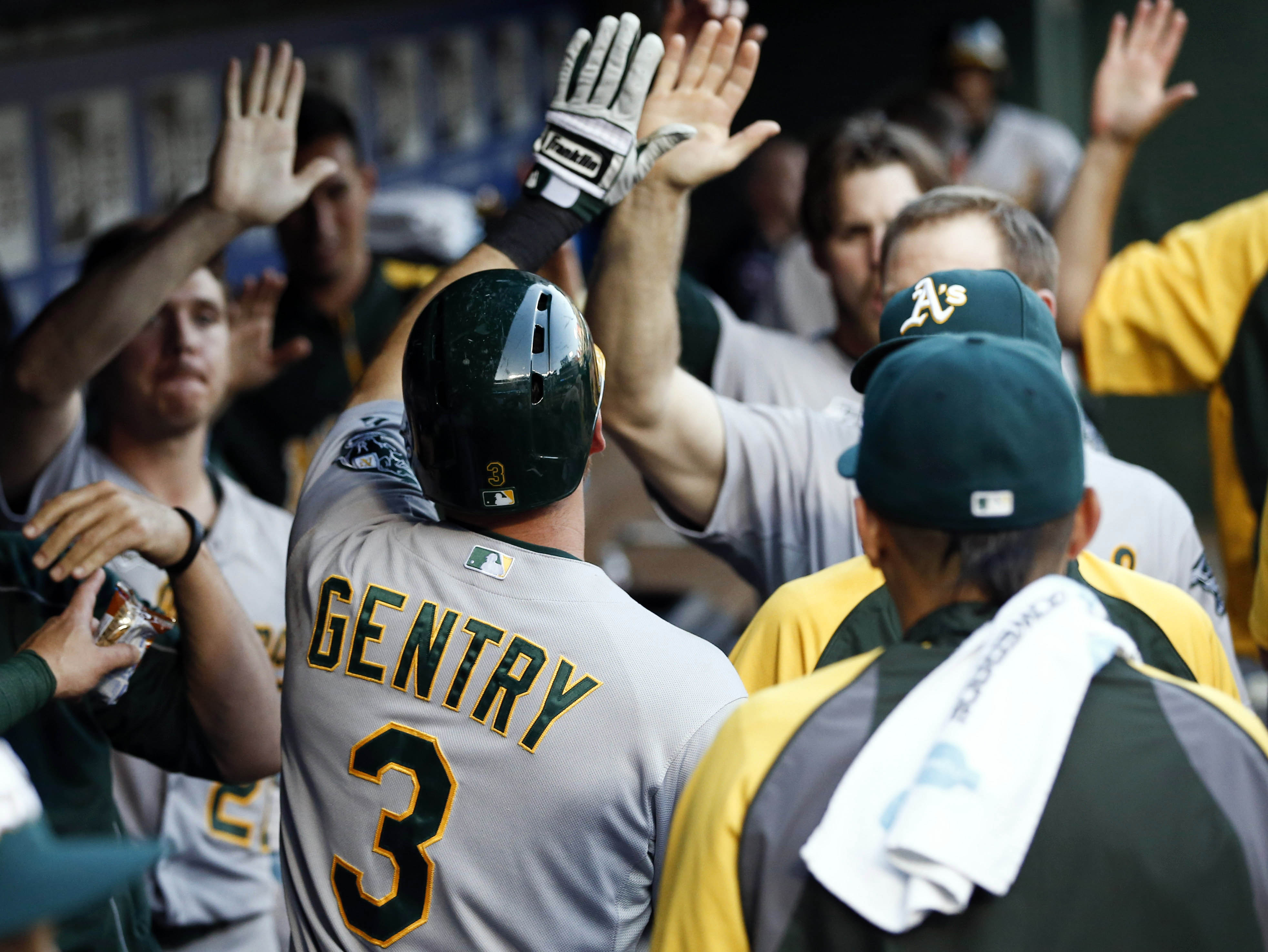 The Oakland Athletics are poised to win a third consecutive AL West title, though they are most definitely in a race with the Los Angeles Angels. Though they traded away their biggest star, Yoenis Cespedes, they acquired a player with arguably more name recognition in World Series hero Jon Lester. Though their stadium is a wreck, they play in front of some of the quirkiest, most creative fans in baseball who make it seem not that bad at the Coliseum.

All of these are reasons you should be watching the Oakland A’s if you’re a baseball fan. The problem is that the most devout followers will be the ones who can’t at certain points down the stretch of the 2014 season.

Oakland is locked into a long and winding local TV deal with Comcast, whose local networks (CSN Bay Area and CSN California) the team has zero equity in. They can re-open the deal again in 2023, but for now, the deal remains mid-level at best. Fangraphs has the deal lasting through 2029 and values it at $43-48 million per season. Note that, while their cross-Bay rivals, the San Francisco Giants, make less per year, they also have a substantial minority stake in the network.

The Giants, who are also in a divisional race with their rivals from Los Angeles, will not see any of their games down the stretch un-televised, through CSN Bay Area, the local NBC affiliate, and a Fox telecast in Detroit in early September. There’s also the option for Fox to flex Giants games on September 20th and 27th.

Oakland is not so lucky. Beginning with today’s game against Tampa Bay at the Coliseum, four of Oakland’s final 50 games will not be televised. This mostly consists of mid-day afternoon games at home, though one night game against Texas on September 17th is inexplicably included. We reported last week that ESPN had picked up two Athletics’ games for Sunday Night Baseball, CSN is replacing them with telecasts on September 3 and September 18.

Fox also has the option to pick up A’s games on those two late September weeks.

Surely the best team in baseball can do better than this, can’t they? I understand that there must be economic factors in not wanting to broadcast afternoon games when viewing levels will be down, but 46 out of 50 games probably isn’t good enough to the hardcore fan. Of the rest of MLB, only the Tampa Bay Rays, Minnesota Twins, Miami Marlins, Cincinnati Reds, and Colorado Rockies have multiple games not televised down the stretch. Only the Reds have more untelevised.

There must be a long-term solution to this. Could the A’s perhaps work out some sort of deal, similar to the Giants, where a local broadcast affiliate (like the local NBC or CBS or Fox station) adds some games, bringing them closer to 162? Can MLB Network lift the blackout for untelevised games? Or MLB.tv or MLB Network? The fact is, it’s 2014. Fans see being able to watch their teams as more than a privilege, especially when they’re the best team in baseball.