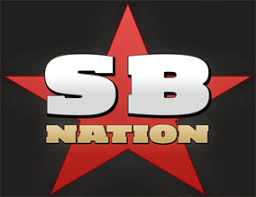 Three years ago baseball writer Rob Neyer left ESPN for SB Nation.  At the time in February 2011 it was a tectonic shift in the sportswriting industry.  A well-known author, columnist, and statistical analyst moving from Bristol, Connecticut to a blog network would have been totally outside the realm of possibility five or ten years ago.

At the bottom of a lengthy column posted yesterday, Neyer announced he was leaving SB Nation and it sounds like he's leaving for a new opportunity…

"This is my last column for SB Nation, at least for a good little while. When I signed up three years ago, I wanted a different kind of adventure and that's what I got. At various points along the way, I was blessed to work every day with Grant Brisbee, Jeff Sullivan, and Al Yellon; their passion and commitment continue to inspire me. My bosses were Tyler Bleszinski and Kevin Lockland, and both treated me better than I probably deserved.

Grant's still around, of course; with him and Steve Goldman and Marc Normandin and Justin Bopp and all the other talented people covering baseball here, this site remains in wonderfully capable hands. I'm grateful to everyone above, and of course I'm forever grateful to you for reading. At some point in the next couple of weeks, I'll be writing about baseball again, and I hope you'll find me again."

Neyer was one of the first to make that move from mainstream to blog.  Three years later, the lines are more blurred than ever, if they aren't gone completely.  Bleacher Report has been bought by Turner and has added the likes of Mike Freeman, Howard Beck, and Ric Bucher from mainstream companies.  ESPN has added scores of blog networks to their website.  FoxSports.com has transitioned to centering on viral content and USA Today's For The Win focuses exclusively on content that is shared socially.

What's in his future?  It's difficult to say at this point.  Perhaps there is an opportunity at one of those other blog sites or a mainstream MMQB/Grantland like portal?  Whatever the case, Neyer's tenure at SB Nation can be viewed as setting a trend in this modern era of sportswriting where the blogging community and the mainstream sports world have successfully amalgamated.