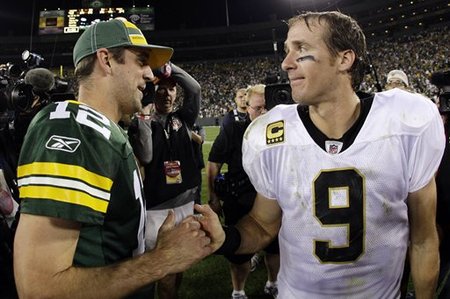 This year’s NFL schedule features 51 primetime games and 54 nationally-televised games, with one more scheduled to be added on the final Sunday of the season. There’s also a chance that as many as eight Sunday night games will be flexed between Week 5 and Week 16.  But working only with what we know right now, we’ve gone ahead and ranked the 54 games you’ll have access to this year regardless of your cable package.

54. Titans at Jaguars (Dec. 18, NFLN): I can’t believe the league would use a Week 16 national time slot on these two teams, both of whom are bound to be eliminated by then. How does anyone sell this game? I get that NFLN has promised to show every team at least once on Thursday night, but why not get this one out of the way earlier?

53. Bills at Dolphins (Nov. 13, NFLN): The Bills are going to suck again. Miami might be slightly better, but the Patriots probably have that division anyway. So in November, this just isn’t a great matchup in its own time slot, regardless of the fact it’s between divisional opponents. That, along with the given poor quality of Thursday night games, means this is another dog game for NFLN.

52. Steelers at Titans (Nov. 17, ESPN): Neither team does a lot for me, so I’m assuming this game won’t appeal to most casual fans outside of Steeler Nation. It doesn’t help that it’s a fairly late game for two teams that might not be on a playoff track.

51. Chiefs at Raiders (Nov. 20, NFLN): Does anybody expect Oakland to be in contention at this point? And frankly, Kansas City might be merely fighting for a wild-card spot at best at this stage. Just another Thursday nighter that doesn’t have a special feel to it even though it is a decent rivalry game.

50. Bears at Jets (Sept. 22, ESPN): I don’t know if we really need Chicago on national television twice in a row, and the Jets are in store for another tumultuous, unsuccessful season. Two good TV markets, but this isn’t an enticing cross-conference affair.

49. Dolphins at Jets (Dec. 1, ESPN): Unless you have fantasy implications, this might be one to ignore. Neither team stands out and could be out of the playoff chase by this time, so it’s a tough draw in December where ESPN is crossing their fingers.

48. Vikings at Packers (Oct. 2, CBS/NFLN): This could be the nation’s first good look at Teddy Bridgewater, which is cool I guess. But there’s a chance it won’t be, and even that isn’t enough to make this an elite primetime game. I just don’t think the Vikes will be that competitive.

47. Texans at Steelers (Oct. 20, ESPN): I don’t see either team making the playoffs this year, so this is a pretty ordinary matchup. As a Monday night game, it can’t be flexed, so ESPN will be hoping that the draw of #1 pick JaDeveon Clowney will be enough.

46. Buccaneers at Falcons (Sept. 18, CBS/NFLN): An early-season look at Lovie Smith’s new-look Bucs is something football fans should appreciate, especially in a divisional matchup with a Falcons team seeking redemption. This isn’t a blockbuster, but it has potential.

45. Ravens at Steelers (Sept. 11, CBS/NFLN):  Two hard-hitting division rivals? Nothing to complain about, even if this matchup has lost some luster of late. It’ll be interesting to see CBS’s Thursday night debut.

44. Steelers at Ravens (Nov. 2, NBC): Unless both of these teams have a significant resurgence, it’s hard to imagine this game not being flexed given their other matchup is also in primetime.

43. Colts at Texans (Oct. 9, CBS/NFLN): Houston should be better and at least this is a divisional game, but the AFC South lacks sex appeal. Still, it’ll be worth tuning in to see Luck battle that defensive front.

42. Cowboys at Bears (Dec. 4, NFLN): A little late for a Dallas team that might struggle and a Chicago team that usually struggles during the second half of the year. Plus, the Bears always seem to manhandle Dallas.

41. Chargers at Cardinals (Sept. 8, ESPN): The second game of ESPN’s Week 1 MNF doubleheader is often weak, but both of these teams are good enough to win playoff games. At least they aren’t giving us the Raiders this time.

40. Ravens at Saints (Nov. 24, ESPN): Good matchup on paper, especially when the Saints have the ball. The Saints have been an unstoppable force at home in primetime. 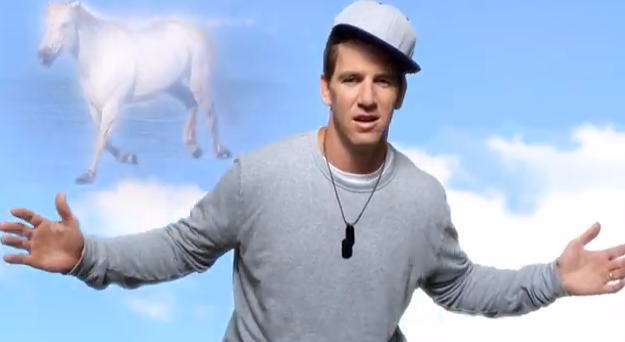 39. Giants at Lions (Sept. 8, ESPN): This’ll be the first time we get to see New York’s new-look offense, which should be interesting on the road against a fierce defensive front in Week 1. A very fun matchup considering it features two teams that had losing records last season.

38. Patriots at Chiefs (Sept. 29, ESPN): The connections between these franchises have mostly faded, but we’re still talking about two talented AFC squads and anything involving New England is a draw.

37. Steelers at Panthers (Sept. 21, NBC): Big Ben vs. Cam Newton. Something about that kicks ass. They’re just so physically imposing. Carolina has a lot to prove after a rough offseason and there’s no guarantee Newton will be 100 percent, so plenty of storylines for a cross-conference game.

CLICK HERE TO CONTINUE READING: Ranking every primetime game on the 2014 NFL schedule