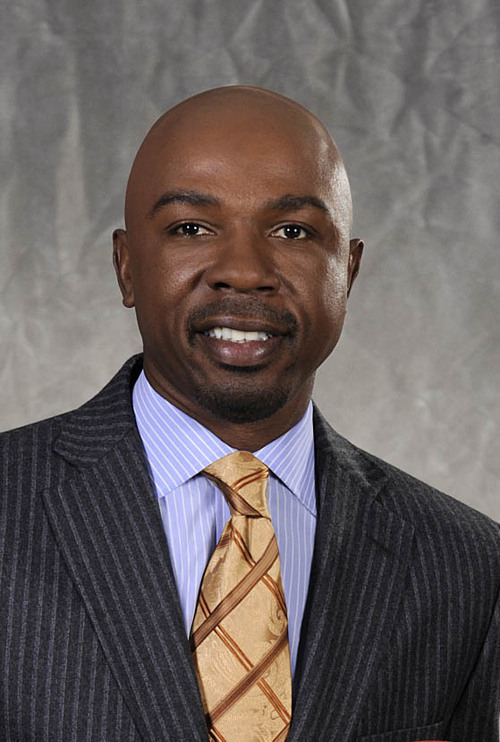 Ed Note: The following appears courtesy of our partnership with The Sherman Report and veteran sports media writer Ed Sherman.

It turns out Jim Nantz isn’t the only CBS announcer with baby issues this month. His new college basketball partner, Greg Anthony, has a little girl on the way.

Anthony, though, wasn’t able to time things as well as his the Nantz family; Courtney gave birth to a girl on Saturday. Anthony’s wife, Chere, is due with the couple’s fourth child on March 28, the day of the Sweet 16 games.

“It has added some anxiety,” Anthony said.  “I want everyone to be healthy. But by the same token, I want to be there (for the birth of the baby) and not have to miss any NCAA assignments. We’ll have to play it by ear.”

This is a big opportunity for Anthony. He will be working his first NCAA tournament and Final Four as CBS’ new No. 1 college basketball analyst. He is switching places with Clark Kellogg, who was moved to the studio during the tournament.

The former UNLV star knows the highs and lows of the NCAAs. He played on one of the most dominant teams of all time in winning the 1990 title. Yet he still suffers from the sting of the undefeated Runnin’ Rebel being upset by Duke in the 1991 Final Four.

Here is my Q/A with Anthony.

How do you feel about this opportunity?

It’s an awesome honor. I had the opportunity to be in the shoes of those players, both win and lose. In some ways, I’m fortunate to have had all of those experiences. I know what disappointment feels like. I know the misery of losing isn’t quite the same as the ecstasy of winning.

Do you still think about that loss to Duke?

Yes, even more when you get to this time of year. Those memories come to the forefront. There is more conversation about it. We were fortunate in that we already had won a national title.

Now I use those experiences to talk about the pressure these young men are feeling in the Final Four.

How do you explain that pressure?

It’s interesting. You often don’t appreciate the magnitude of the moment when you’re a college player. Oh, you know it’s big and that it is for the national championship. But you don’t realize for years to come that it’s going to be part of history. How your career is going to be defined.

Maybe it’s good to be a little naive in that way. You don’t allow the pressure to overcome you.

You only have worked two games with Nantz. How difficult will it be to develop chemistry on the fly during the tournament?

There is a challenge with that. Jim and I stay in contact all the time. We’re always talking about the game.

The ultimate for us is to win. The way to win is that you have to play with your teammates. It’s about everyone in our production crew. Spending time together. Going out for dinners. All those bonding moments definitely help when you face the moment of truth (during a telecast).

What will be your approach in analyzing the games?

There’s a lot of responsibility when you’re in that chair. The focus for me is about the games and the stories. I equate March Madness to the Olympics. The vast majority of people don’t watch college basketball until the tournament. The same as the OIympics.

When you tell the stories, it compels people to care about these players. You tell how they got there. They are someone’s brother or son. People can relate to that.

What about criticism? Is there a balance you have to strike in being critical and yet knowing that you’re not talking about seasoned NBA veterans?

That’s a great point. You can be compassionate even when you’re critical. I don’t go into any game expecting perfection. Mistakes are part of it. As long as you don’t make it personal, you’ll be fine.

As a player, nobody had to tell me I screwed up. I knew. I also say some mistakes are forced. The other team has players on scholarship too. I think it is important to explain the reason behind the mistake.

Let’s not forget these are young kids. When Chris Webber called the timeout, he was a young kid. Young kids make mistakes. That’s part of the tournament.

Best prices for generic viagra on the Internet! The safest way is to ask your physician to try an alternate prescription. Viagra sildenafil is a medication to help men with dysfunction to achieve an erection. Patients can complete consultations to buy Sildenafil online.

You playing on great and heavily favored UNLV teams. What’s better, having dominating teams or a wide-open tournament like we have this year?

This is better. When you have parity, it creates so much more excitement. The difference between the elite teams and everyone else has shrunk. There are No. 4 seeds that people like better than No. 1 seeds this year.

I always felt there were 8 to 10 teams who could win the title and a handful more could get to the Final Four. Now you can double that. Nobody knows what’s going to happen. That’s beautiful for the game.