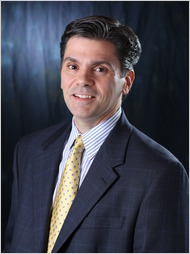 NBC Sports Radio will be adding another show to its programming come January 2015. On Jan. 5, ProFootballLive with Mike Florio will launch, a show that will run three hours in duration, five days per week. For the past four years, PFT Live has been a web-based show spanning an hour. Florio has been one of the most prolific NFL writers on the web since starting ProFootballTalk.com in 2001. In 2009, NBC purchased the website and made Florio a contributor on other platforms, including Football Night in America.

The show will air weekdays at noon ET and feature a cavalcade of interviews with players, coaches and so forth. Florio’s show can also be seen on a variety of NBC media platforms including the NBC Sports Radio app and NBCSportsRadio.com.

In this new format for PFT Live, the first hour of the show will still stream live on NBCSports.com, per Florio. NBC Sports Radio is carried on over 300 stations nationally and has a fair amount of NFL coverage already with shows such as Under Center with McNabb and Malone and Going Deep with Amani and Dan.

It will be interesting to see how PFT Live fares at that hour of the day. There are many options for football fans in that time slot, including ESPN’s Colin Cowherd as well as SVP & Russillo and Mike Francesa of WFAN, which airs – sometimes – on FOX Sports 1 and 2. Considering those shows are simulcast on television and already have loyal fan bases, Florio will need to bring in top-notch guests early and often to make the transition to full-time radio.

One thing that has to concern NBC is Florio’s reporting in a live, on-air space. Florio has had some problems in the past being accurate when he reports through print, a medium which allows for deleting and fact-checking before the publish button is hit. A few famous examples of Florio’s mistakes are when he skewered Aaron Rodgers for not signing an autograph for a cancer-striken fan and saying Terry Bradshaw “might be dead” after a reported car accident.