This week saw the long-awaited launch of Nate Silver’s FiveThirtyEight as a part of ESPN, adding to that company’s investment in personality-branded sites. They already have Grantland, led by and based around Bill Simmons, and they’re reportedly working on another site led by and based around relatively-recent hire Jason Whitlock.

Bristol isn’t the only company following this approach, though; in the sports world, Sports Illustrated has followed suit with the Peter King-based The MMQB, and outside it, everyone from Ezra Klein to Glenn Greenwald is doing similar things. There’s been plenty written about what this personality-based portal movement means for these “brand journalists” and why this landscape is more difficult for the Rick Reillys of the world, but an under-explored topic is why this approach seems to be working for many companies—and why it draws readers.

In some respects, these personality-driven portals run along the same lines as popular music services like Pandora; they’re taking the fact that readers flock to well-known writers such as Simmons, King and Silver, and are using that to attempt to provide those readers with other content they’ll like.

Of course, that’s not new to online writing; “digital curation” sites exist all over the place. A key difference with efforts such as Grantland, The MMQB and FiveThirtyEight is that they’re not trying to send readers all over the Internet to different stories, though. Instead, they’re providing other original content with a similar approach to that of the writer whose name graces the site, and that’s a notable difference from how most sports websites handle things.

Typically, everything is filed by content rather than style. For example, CBS’s NFL hub includes everything from Jason LaCanfora’s insider reports to Pete Prisco’s opinionated commentary to Eye On Football blog posts to videos of players in action. ESPN’s sport-specific pages are similar, theorizing that fans of a sport will be looking for everything about that sport. However, there’s a notable stylistic difference between say, LaCanfora and Prisco, so although they’re both covering the same subject, not everyone will want to read both of them. Just because Nickelback and Arcade Fire are both rock bands, it doesn’t mean they’ll have a lot of overlapping fans. 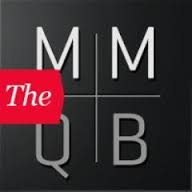 This is an advantage of the personality-driven portal approach to writing, as each site carries lots material that will ring familiar to fans of its central personality. Those who love the level of detail in King’s football stories might be fans of the scheme-and-tape-heavy analysis offered by MMQB writers like Doug Farrar and Andy Benoit, and/or fans of some of the detailed storytelling brought by writers like Greg Bedard, Jenny Vrentas and Robert Klemko.

Those who enjoy Simmons’ mix of sports and pop culture should find plenty on Grantland they like, including bracket challenges, long pieces breaking down various sports, TV recaps and interviews with music and movie stars, and the site even uses The Sports Guy’s signature footnoting approach.

As for Silver’s site, the new FiveThirtyEight is just getting underway, but it’s already doing a good job of using his data-driven approach to draw interesting conclusions about everything from McDonalds’ menu prices to how many calories sex burns to statistically-backed March Madness brackets.

No one will like everything on these sites, of course, but they all seem to be staying relatively true to their central personality’s approach and vision, and they seem to be providing content that should attract that personality’s fans. Like a service along the lines of Pandora or even recommended products on Amazon, they’re taking a known input (“Reader/listener X is a fan of Y”) and using that to calculate other things that could appeal to them.

One massive advantage that a Grantland or a FiveThirtyEight-style portal has over Pandora is the central personality’s direct involvement in the related content, though. Most “if you like X, try Y” music selections are based on a similar sound or genre, but aren’t directly from any of the same musicians, so there’s always the chance that whatever the listener liked in the first song won’t be found in the next one. By contrast, Simmons, King and Silver all play important roles in the editing of their site, working to hire writers who fit their vision, helping them develop stories that work for the site and then presenting those stories in a way that will appeal to their own fans.

This is where these portals represent a big leap from traditional high-profile writers; while those have been around for centuries, they weren’t necessarily working to help others put out similar material, and any one writer’s output wasn’t necessarily enough for fans. For example, consider Reilly; if people liked his work, Sports Illustrated or ESPN could send them to his archive, but they didn’t have a lot of new, similar stories to point people to, and no one person could write enough new material on his or her own to maintain a giant site. Now, for fans of Simmons, King and Silver, there’s more content in that style, and it’s content that they helped bring to life.

There’s still plenty of value to the traditional sport hubs, and there are also plenty of people who prefer to avoid any form of hub, instead finding stories on various sites through curation platforms or social media connections. The idea of basing a hub on one popular writer’s approach or style and producing similar content that will appeal to the first writer’s fans seems like a solid alternative as well, though. There are obvious benefits for the writer from a brand standpoint, but these portals can work out well for companies too. Grantland and 538 have the great luxury of being under the auspices of ESPN but having a very independent feel. It allows ESPN to reach new readers that they normally would not on their main portal. Not only does this strategy let the company associate itself with a popular writer, it also allows them to widen their reach.

Sorting by style rather than by sport isn’t a bad idea at all, and it’s led to some solid new portals so far and growth in the sportswriting industry. “If you like X, then try Y” isn’t just for music any more.