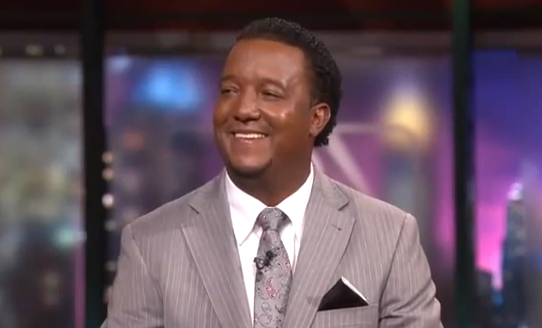 NEW YORK — There are few analysts in sports TV who draw a crowd of reporters just to ask them their thoughts. Charles Barkley is probably the king of this. Even though he gives his opinion on almost everything every week on television, writers will still sit down with him to find out what he thinks about basketball and anything else.

Pedro Martinez appears to be developing that sort of following. TBS had a media day for their MLB Postseason coverage on Tuesday where the line to speak with the former Cy Young winner was nearly as long as the ones I’ve seen for Barkley. This all for a man who’s spent approximately three weeks in sports broadcasting on national television.

And this for a man who didn’t really know what he was getting into when he started last year.

“It’s something new, something I wasn’t expecting really to like that much,” Martinez told me. “But it’s interesting, and it’s a lot to learn. I have a different view of how the media work now. I’m more respectful and I enjoyed it. It’s a lot of work though, that you have to put into. I didn’t know that it would be so complicated.”

Funny, all of the things that are complicated about his new job sound a lot like metaphors for what a top flight pitcher must do.

“You’re on the spot, and you have to be right on target all the time, because everybody’s watching you,” he said. “I didn’t realize that I was gonna be watched so much by everybody on TV. I came to realize that it was my word, my say that was going to be taken in consideration every time I took the spot on TV. I was a little bit worried at first, but then I got loose and did what I was supposed to do.”

Martinez will work with host Casey Stern and analyst Gary Sheffield during TBS’ coverage of the American League Wild Card game, Division Series and Championship Series. TBS, arguably, has the two biggest stars in the booth or studio of any network televising baseball.

The interesting thing is how well it worked, and without much tweak, it will likely work again for TBS this fall. Martinez and Sheffield have the casual, loose rapport that Inside the NBA brings with EJ, Chuck and Kenny (though not quite that good) but are able to be analytical and call upon years of experience. There was already goodwill lasting eons for Pedro (outside Yankee fan circles) when he was hired, but the fact is, he’s a natural in the way few truly have taken to this job.

Rarely are the best stars also so good on television, but Martinez had traits as a player that made him seem up for the task.

“Pedro’s a communicator, he always has been. He’s always been a leader, those are a couple of things you need for this job,” fellow TBS analyst Ron Darling — who covered Pedro for a few seasons with SNY while Martinez pitched for the Mets — told me. “I also think he’s a great character, he loves the sport, he cares about the sport. I didn’t know he’d be great in the studio, but he’s been great everywhere else… why wouldn’t he be?”

Though he balks at a question at whether or not he could strike out Sheffield today, he admitted that when a star emerges — like a Mike Trout — his mind immediately goes to how he’d be able to get him out. For the record, “you have to keep the ball in tight, and high. Low is a homer, low is a double off the wall. Some breaking balls will give him trouble, but you don’t want to mess with change ups around the strike zone. You establish the fastball inside and then you go with your breaking stuff.”

When you ask Martinez about what he’s interested in, it’s pretty much what the regular baseball fan says. “I’m looking to see if teams like the Orioles and the Royals can finally pull it off. I wanna see those teams excel, especially Kansas City. I think everybody’s rooting for Kansas City like I think everybody’s rooting for the Cubs. Everybody wants to see the Cubs break out of the 100-and-some years and finally win.”

Martinez balances that fan-like attitude with the experience of one of the great pitchers of all-time and the personality to draw a crowd wherever he goes. After not having an identifiable top star analyst for a long time, baseball may have finally found one in the former Cy Young winner.