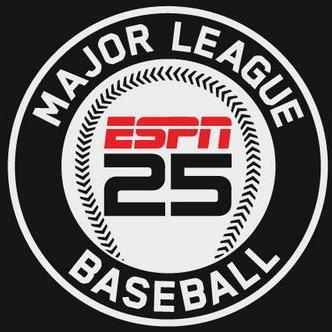 Baseball’s health on television is a delicate subject. Fans and the great people who cover the game are very touchy about being told that their sport is dying. They’re right to be, because it’s not.

That said, baseball is a different television sport than it was in the days of NBC in the 1980s and Game of the Week. It’s not necessarily a national draw like the NFL or even the NBA is these days. It’s more of a larger-scale NHL, a sport that breeds almost tribal devotion to a team’s fanbase, but not necessarily the willingness to tune in to see the big TV matchup of the week.

Opening Day 2014 — or the third of four Opening Days that MLB held this year — is a perfect example of this. ESPN drew 2.27 million viewers for Dodgers/Padres on Sunday night to open the season in America. That was up slightly from last year’s Rangers/Astros opener, which drew 2.26 million.

Now, let’s look at that vs. the other three “big four” leagues and their openers. And by openers, we mean the games that were made for TV to begin their seasons. What follows is viewership for each, as well as their rating among the highly-desirable Adults 18-49 demographic.

Now, there are factors in play. The NFL is obviously a monster, and the biggest TV sport on earth. Plus, the NFL’s opening night game is often premiering against zero competition, whereas the NBA, MLB and NHL all premiere against the regular TV season. MLB premiered against The Walking Dead‘s finale (of course, the NBA premiered against The Big Bang Theory, one of the few shows with a larger audience).

That said, in terms of television, it’s hard not to call MLB a solid #3 out of the “big four” considering the NBA Finals often outdraws the World Series these days (that deals with a whole ‘nother mess of “outside factors” and is a conversation for another day). That is far from saying that “baseball is dying.” It’s healthy on television, just not nationally.

Ratings looked pretty good everywhere: from Pittsburgh (a 7.3 for the Pirates) to Boston (a stout 9.9 for Red Sox-Orioles) to Tampa (a 6.0 for the Rays’ return) to San Fran (a 5.0 in the Bay Area is a robust number) to Seattle (where a 6.4 seemed to show that Seattle is excited for Robinson Cano).

There are some trouble spots, but mostly where the teams are bad. Both Chicago clubs only drew a 2.7 rating for their openers, whereas the night before, hockey’s Blackhawks drew a 3.2 for a Sunday night game against the Penguins. For what it’s worth, the Pirates rating for that game was also lower than the Penguins for that very hockey game (a 9.2 rating). Miami drew just a 1.9 rating for their opener against Colorado, and Oakland a mere 2.3 for an opener against Cleveland.

That said, baseball appears healthy regionally. The same may not be applicable for national television. Because all of those games aired on regional sports networks, not a single one of ESPN’s five nationally televised games on Monday drew more than a million viewers. That said, those are still very viable audiences for ESPN given that those ratings were made up almost entirely of out-of-towners and mere hardcore baseball acolytes.

So the premise sort of holds. We’ve yet to see what Fox’s new baseball setup on FS1 will draw to that network, and we’ve yet to see what ratings on ESPN will look like once the season settles in. But it appears clear: baseball is still beloved in markets around the country, but those markets aren’t necessarily interested in watching other teams play, and that’s just fine. MLB has the national TV money in the bank regardless.