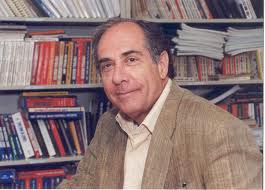 ESPN ombudsman Robert Lipsyte filed the final column of his 18-month tenure Wednesday, evaluating the network’s journalistic strengths and weaknesses and offering suggestions on how they could improve. His piece is well worth a read, and his suggestions should be considered by Bristol’s higher-ups, but a potentially even more important decision facing them is where they go next with the ombudsman role. Lipsyte did a fantastic job over his tenure, and he’ll leave big shoes to fill in an essential role.

An ombudsman can be a vital piece, especially for an outlet of the size and scope of ESPN, but the role has the potential to be both beneficial and harmful to a company. Is having an ombudsman worth it, and should other sports media outlets look to bring in one?

ESPN has taken a lot of criticism on the journalistic standards front over the years, much of it deserved. Those criticisms do alter perceptions of the network (and thus, potentially viewers, ratings and dollars, so they should even be considered by bottom-line-focused executives like Marcia Keegan.) A dedicated ombudsman position requires resources, and while ESPN has plenty of those, Lipsyte accurately described the WWL’s philosophy as “there is no ideology at ESPN beyond the bottom line” in an exit interview with Ryan Glasspiegel of The Big Lead. Thus, if there was no bottom-line value to an ombudsman, it seems unlikely Bristol would still have one.

For ESPN in particular, a good ombudsman seems very valuable. The Worldwide Leader is so big and so widespread that many elements of its operations appear to have sprung up without consistent standards, something Lipsyte’s covered regularly, from conflicts-of-interest to suspension policies. Those issues illustrate the benefits of a proper ombudsman for ESPN; they can be (and are often) spotlighted from the outside as well, but the us-against-the-world mentality often found within Bristol leads to much of that criticism being ignored. A skillful ombudsman like Lipsyte is able to research the issues thoroughly with resources and access to top ESPN bigwigs that outsiders don’t have, provide context to the criticisms, and relay his findings and suggestions.

This is beneficial for ESPN on a couple of fronts. For one, having an ombudsman in the first place, and one actually willing to look into controversial subjects (how’s that Craig James piece coming, Poynter?) is a boost to the network’s journalistic reputation. It indicates that they’re not only willing to hear criticisms, but that they’re willing to fund a position dedicated to receiving and evaluating the merits of those criticisms. Not all of an ombudsman’s reports are going to make a company look good (in fact, most of them probably go the opposite way), but having them (and publishing them) at least illustrates that journalistic standards are of some concern.

For another thing, ombudsman reports often provide more context than outside critiques. Having that context out there (and having so from a reliable journalistic source, not ESPN’s massive PR wing) can be good for the ESPN brand. One example comes from Lipsyte’s investigation of Bill Simmons’ suspension. He didn’t completely defend the network’s actions, but he did produce a lot of context that made it look at least somewhat more logical. Whether readers agree with his conclusions or not, having his piece out there helps ESPN look at least somewhat better.

Could other outlets benefit from this? Yes. In particular, large media companies like Sports Illustrated might do well to consider the idea. SI has found itself taking plenty of fire for some journalistic controversies over the past year-plus, particularly Peter King’s flawed reporting and subsequent corrections on the Ray Rice saga and the way their five-part expose of improprieties at Oklahoma State fell apart and was deemed “fundamentally unfounded” by the NCAA. There have also been more nuanced issues that deserve an analysis, such as SI‘s procedures in nabbing first-person “as told to” stories from Jason Collins and LeBron James; they didn’t necessarily do anything wrong in either situation, but is the way they handled those cases really the best way to serve their audience? A dedicated ombudsman could look at these sorts of issues with access, provide insight into the context and the thought process of SI execs, and make suggestions on where they could improve. That could be beneficial for both SI‘s journalism and their brand.

This isn’t meant to single out the traditional players, as there are plenty of both established and emerging sports sites that could gain from an ombudsman’s reports and guidance. Sites like Deadspin and Vice in particular are taking on thorny topics in new and bold ways, and that’s going to lead to questions about their reporting policies and their journalistic practices. What about sites like Bleacher Report, looking to bolster their journalistic reputation with impressive hires, but still taking plenty of criticism? Having someone who’s able to investigate potential issues and serve as a representative for readers could be very beneficial to them. Every media outlet could probably benefit from this, though. The question is just how to get the resources to make it work.

Having a dedicated ombudsman (and one fully empowered to take on that role and offer criticism when warranted; trying to muzzle one can backfire horribly, as NPR found out earlier this year) is the best solution, but it may not be attainable for every outlet. There are potential options out there, though. It could be interesting to see some partnerships on this front; if, say, Deadspin alone isn’t big enough for an ombudsman, what if they and Vice teamed up to split the cost of paying an ombudsman for both sites? Or if Bleacher Report did the same in collaboration with SB Nation? Granted, not everyone may want to reach out to rivals in that way, but that could provide a way to make an ombudsman work.

There are other options, too. For example, SI has Richard Deitsch primarily working the media beat, but he doesn’t often comment on issues at SI himself (and has said that’s not his role). What if outlets empowered their critics to take a look at their own houses as well? There obviously would be some questions of conflict of interest to address there, but good media critics should be able to deal with that, and as long as the end product is a fair analysis and critique, it could work out.

At the very least, if an outlet can’t afford to have an ombudsman, it should make it clear that its editors are open to publicly answering questions about their journalistic practices, and they should be willing to do so even when it comes to controversial issues. This isn’t anywhere near as ideal as a dedicated ombudsman, of course, but it at least has some of the benefits; transparency, context and a willingness to at least address criticisms. Doing that in some way, shape or form is essential for strong sports journalism.

The key for ESPN in replacing Lipsyte, and for other outlets looking to hire an ombudsman (or fill that role in some way), will be finding someone who’s tough without being adversarial, who’s fair without being sycophantic. A good ombudsman needs to be able to address tough issues, take in criticisms from readers, get responses from management and staffers, evaluate the two and provide a fair overall picture. Not every ombudsman report will be rosy, and outlets absolutely need to understand that; constructive criticism is an essential part of the role. Not every reader complaint is ultimately justified either, though. A good ombudsman needs to be able to report, to weigh and consider evidence, and to operate with integrity. Lipsyte did an excellent job on those fronts; we’ll see how his successor does, and if anyone else in the sports media follows ESPN on this front.