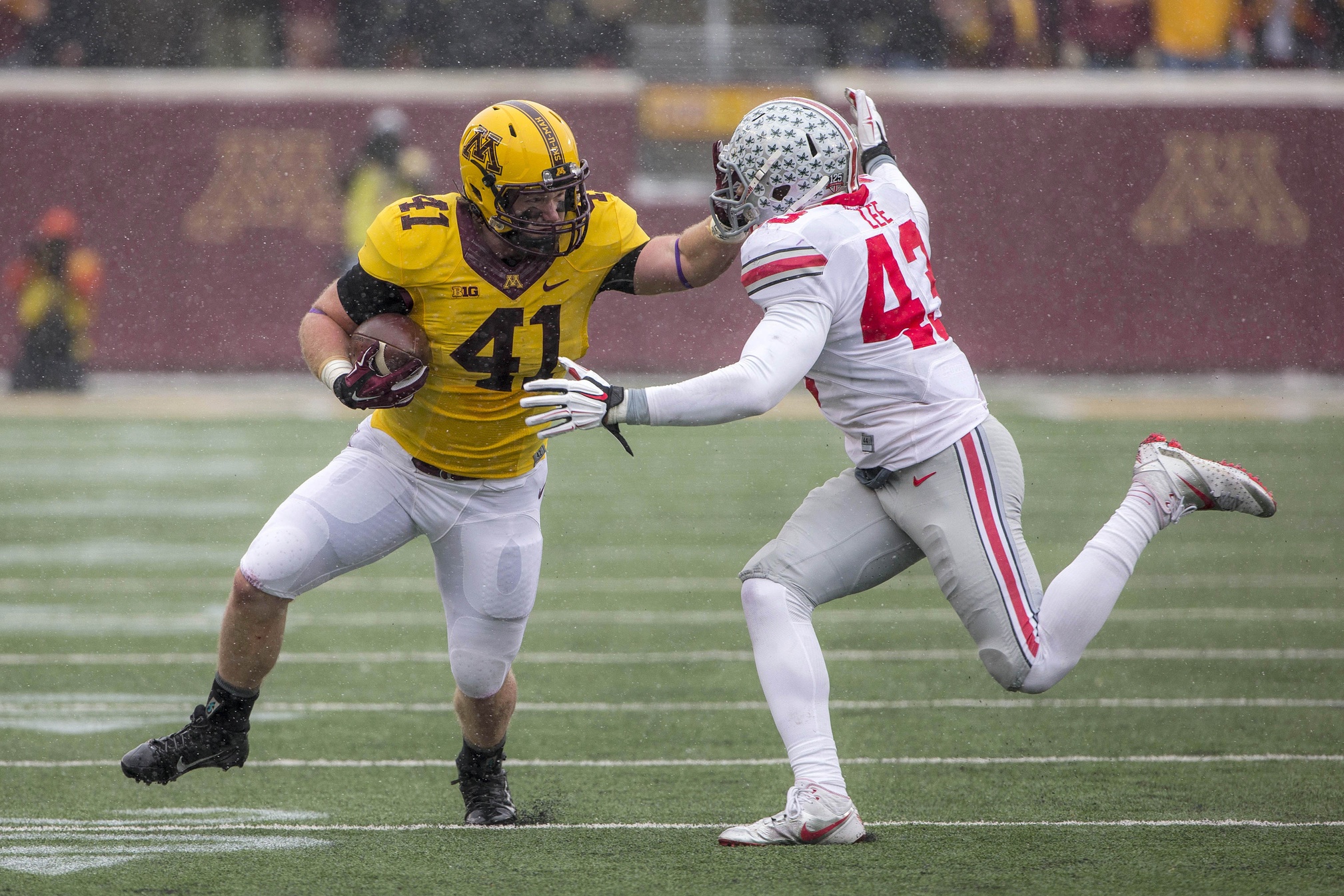 Even now that we’re in the age of the committee, narratives still matter in college football.  That’s why what took place on ESPN.com over the course of Saturday was enough to raise a few eyebrows.  It shows that all it takes is a couple of words and subtle implications to get the juices flowing.

#8 Ohio State went on the road and defeated #25 Minnesota 31-24.  The Buckeyes never trailed and led by 17 in the 4th quarter before stumbling slightly down the stretch.  ESPN.com’s initial headline from the game?  “Ohio State escapes Minnesota.”

#4 TCU went on the road and defeated 3-6 Kansas 34-30.  The Frogs actually trailed the Jayhawks midway through the 3rd quarter before rallying late in a game that could have been one of the upsets of the season.  ESPN.com’s initial headline from that game?  “TCU passes test in Lawrence.”

On the surface, those headlines seem to be head-scratchers.  Ohio State was up 3 scores in the 4th quarter and never seriously faced the threat of defeat in the second half till icing the game with a recovered onside kick.  TCU was down 10 on the road at a team who’s still trying to get rid of the Charlie Weis stench and managed a come-from-behind victory.  Furthermore, Minnesota was the Top 25 team here.  Kansas is a test in basketball, not football.

The pair of headlines got the attention of Buckeye LB Darron Lee.  He called the curious discrepancy “trash.”

Lee certainly appears to have a point here.  And as crazy as it sounds, the whole anti-Ohio State ESPN.com headline meme has been going on for quite some time.

All the scarlet and grab umbrage must have worked on this occasion, because ESPN later changed their headline on the OSU-Minnesota recap to “Buckeyes Run By Gophers.”

Given the hyper-sensitive environment that exists in the college football media landscape at the moment, any kind of inconsistency, no matter how small, is going to have a spotlight upon it.  Seeing players at major programs calling out ESPN’s narrative du jour certainly isn’t going to help calm the waters.  In fact, it’s just going to throw more fuel on the fire.

Are these headlines a sign of a vast right-wing conspiracy at ESPN to hurt Ohio State and keep the Big Ten down at all costs ahead of the next round of TV rights negotiations?  Buckeye Nation doesn’t need any extra encouragement to get the tinfoil hats out for conspiracy theories pitting the entire world against them, but unless Mark May was writing ESPN.com’s college football headlines on Saturday, the answer is 99% a no.  Truth be told, barring another unfortunate Jeremy Lin pun there doesn’t seem to be much use in worrying about what some ESPN.com intern is using for a headline.

However, in the college football world we’ve been led to believe that these things do matter even when they shouldn’t.  Old habits are hard to break and perception is still of the utmost importance.  The significance placed on perception and narrative in college football makes us think there’s some consequence and/or ulterior motives (imagined or not) in whether ESPN tells the world that a team “escaped” or “ran by” their opposition.

And the reality is that until we get to an 8-team playoff, or a situation where every team has a chance to play their way in on the field and break free of the constant politicking, we’re always going to be playing these games within the game.