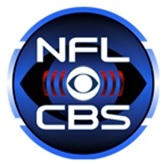 Earlier this year, CBS announced that Tracy Wolfson was being promoted from reporting on SEC football to the Thursday Night Football package. During its reveal of the NFL on CBS teams for the 2014 season, the network mentioned that former NESN personality Jenny Dell and Evan Washburn would be sideline reporters for selected games. It’s believed that Dell and Washburn will work during doubleheader weeks.

Now in Richard Deitsch’s latest Sports Illustrated media column, he writes that CBS will utilize reporters from their local affiliates to roam the sidelines during doubleheaders. This is a departure for CBS which has mostly shunned sideline reporters since Bonnie Bernstein and Armen Keteyian were last used in the 2005 season.

While CBS used analysts like Steve Tasker and Solomon Wilcots as reporters during the postseason, the turning point for the Tiffany Network was during the Great Super Bowl Blackout in New Orleans when their presences were greatly needed and they did not get the job done.

Since that time, Wolfson was used on an as-needed basis on the NFL and was utilized during last season’s playoffs, but it appears that CBS is re-embracing sideline reporters full-time. CBS Sports Chairman Sean McManus tells Deitsch that obtaining Thursday Night Football was the main factor behind the policy change.

“When we got Thursday we said, “Let’s throw any preconceived notions that we had and start from scratch. What would we do to make the coverage on Thursday night the absolutely best it can be, and de facto what changes should we have with our Sunday afternoon coverage. During the playoffs, we have had sideline reporters and we thought this was the right thing to do. You can call it a change in philosophy and it’s an added element for Thursday coverage.”

With CBS owned-and-operated stations located in several AFC markets such as Baltimore, Boston, Miami, New York, Pittsburgh and San Francisco-Oakland, the network will have a wide array of candidates to choose from. And from its affiliates in Buffalo, Cincinnati, Cleveland and other AFC markets, CBS can also tap reporters from those cities as well.

It will be interesting to see if one of those local reporters can parlay a full-time national gig from CBS or another network.