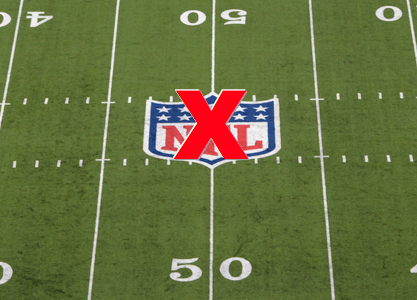 While you were sleeping, the Minnesota Vikings deactivated Adrian Peterson… again, continuing a never-ending cycle of NFL controversy. In an overnight statement released after midnight, the Vikings placed Peterson on something called the Exempt/Commissioner’s Permission list. (HUH?) It’s just another hypocritical episode in a continually worsening month for the NFL.  A month where the NFL has mastered the concept of leading from behind.

The NFL and its teams are run by the Rugrats.

That’s the only conceivable explanation for just how badly case after case has been botched by the Ravens, Vikings, and league office over the last month.  Infants who have make-believe adventures and cannot communicate with adults are actually in charge.

This has been a terrible month for the NFL considering the magnitude of the scandals involving Ray Rice and Adrian Peterson, especially.  But the way these situations have been mishandled has been a failure of epic proportions.  It is perhaps the worst example of public relations and decision making seen in modern sports history.

The NFL and its teams have been caught either in total reactionary mode, acting only after holding their finger up to test which way the wind is blowing, or in an inconsiderate, non-sensical, tone-deaf alternate universe where the real world has no bearing on whatever world football chooses to live in.

The Vikings’ flip-flopping this week is just another mind-numbing and baffling example of a billion dollar company and its billion dollar owners that are running around like chickens with their heads cut off.  Actually, I take that back.  That’s offensive to headless chickens.  This is much worse. 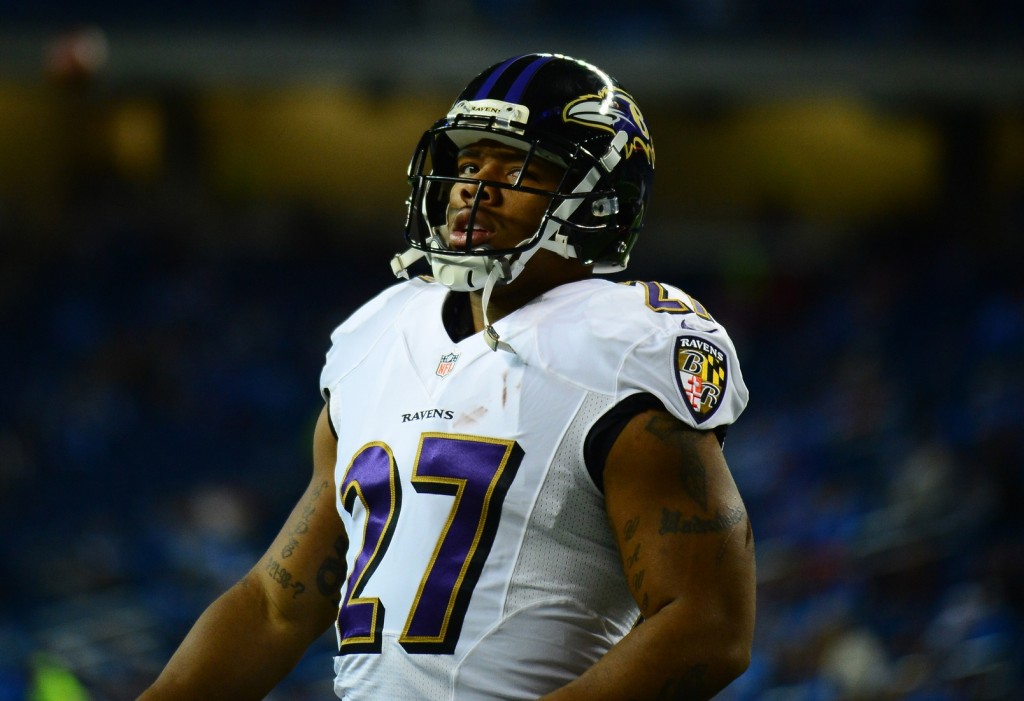 In the wake of his domestic violence episode, the Ravens’ “I like Ray Rice” campaign was insane.  The Ravens defended Ray Rice and championed his humanity and promoted fans giving him standing ovations at training camp.  This was the same team that publicly promoted Janay Palmer’s role in the initial incident, showing an absurd lack of decency and awareness about the truths regarding domestic violence.

The public rehabilitation campaign continued only until the video of him knocking out Janay Palmer in that Atlantic City elevator emerged.

Then Rice was disposed of by the franchise when he became a problem for the team.

The Ravens didn’t take a stand when they saw the video of Rice dragging his fiance out of an elevator unconscious.  They took a stand when it was publicly convenient for them to do so.  How courageous of them. It’s pathetic. 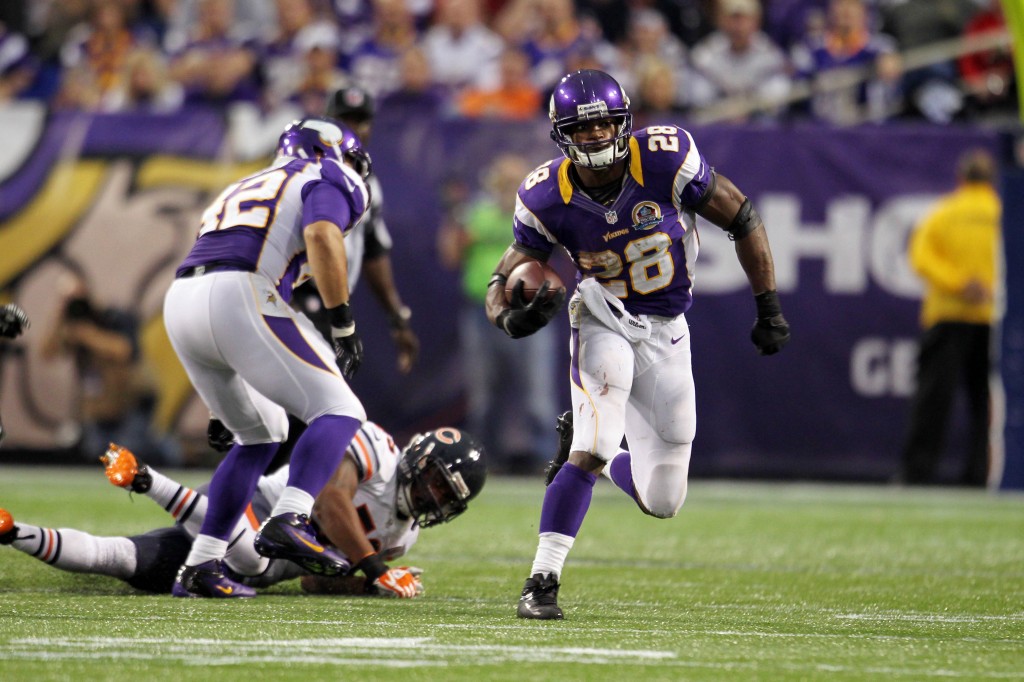 When it was announced that Adrian Peterson was being charged with child abuse, the Vikings deactivated the running back before their home game against the Patriots.  Then, inexplicably, the team activated him on Monday.  Then the team sent out GM Rick Spielman as the sacrificial lamb at a press conference to try to explain the unexplainable.  In its Monday statement, the team cited “due process” and allowing the “legal system to proceed” while Peterson helped the team win on the football field and his child’s scars healed.

In the middle of the night on Tuesday, just over a day later, the Vikings pulled a 180 and deactivated Peterson for the second time in four days.

Or did they?  Peterson is on the previously unknown “Exempt/Commissioner’s Permission list“ which according to Adam Schefter can only happen under the authority of the commish and not the team.  Except, the Vikings made it very clear they worked with the league office on this decision.  But the NFLPA says Peterson’s leave is “voluntary.”

Whatever happened, and it’s clear the NFL is making up their own rules at this point, the second Vikings statement is an insult to public intelligence.

Nothing changed in Peterson’s case over those 36 hours.  Nothing.  The only things that changed were that Radisson Hotels ended its sponsorship of the team, Nike stores in the state started pulling Adrian Peterson jerseys, and the Governor of Minnesota called for his suspension.

To think that the Wilfs really gave this thought and care and reconsidered their decision after some deep soul-searching is a big steaming pile of horse manure.  They changed their minds when it became publicly convenient for them to do so.  Releasing that statement overnight was reminiscent of the Colts fleeing to Indianapolis under the cover of darkness.  Of course in the age of Twitter and 24/7 news cycles it hasn’t worked, but it was apparently worth the effort. 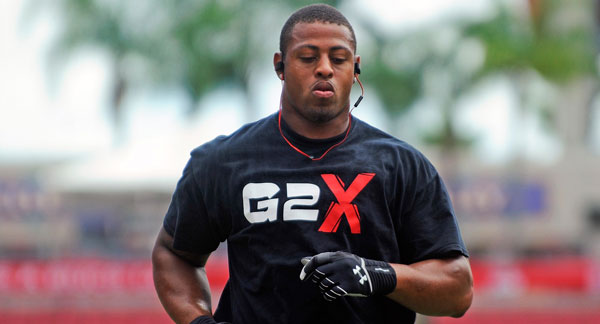 Greg Hardy was convicted of domestic violence charges earlier this year.  Con.  Vic.  Ted.  But the North Carolina legal system allows him to appeal the verdict.  While Ray Rice became the national symbol of the league’s domestic violence problem, Hardy has consistently flown under the radar.  Perhaps because there’s no videotape of his actions.  In spite of his CONVICTION, the Panthers did not discipline Hardy before the season began.  Hardy played in the season opener at Tampa Bay and had 4 tackles and 1 forced fumble.

Then, as the public finally said, “hey, WTF is happening in Carolina?” the Panthers heroically deactivated Hardy for Week 2’s game.  Way to take a stand for what’s right when everyone is looking, Panthers!

What about for Week 3?  Well, Hardy is practicing while coach Ron Rivera called it a “fluid situation.”

What Rivera really meant to say was, “If enough people and sponsors tell us Greg Hardy shouldn’t play, then he won’t.  But not until then.”  Now Ed Werder reports that the Panthers have “more to consider” in the wake of the Vikings putting Adrian Peterson on the shelf.

More to consider?  Again, nothing has changed in the Hardy case except the increased outrage towards the NFL and its bumbling band of miscreants and imbeciles.  There isn’t “more to consider.”  That’s a copout to try to squirm your way out of your own disgusting, gutless mess of your own creation.  Carolina is just waiting for an adult to actually make a decision here and stick with it.

All of this is in the wake of Panthers owner Jerry Richardson accepting the Echo Foundation Award Against Violence in Charlotte and breaking down in tears.  Richardson said he stands “firmly against domestic violence.”  So firmly in fact, that he allowed one of his players convicted on domestic violence charges to take the field in Week 1 with no plans of disciplining the player until it became publicly convenient to do so.  What an embarrassment.  Giving Richardson that award makes as much sense as Rich Kotite being named NFL Coach of the Millennium.

It’s a joke and a disgrace.  If it’s possible to be both of those things at the same time, the Panthers have done it.  When the Panthers sit Greg Hardy under the “Adrian Peterson” rule, and it’s only a matter of time now, they will surely release a statement about how seriously they take domestic violence and their responsibility to lead in their community.  And it will all be crap. 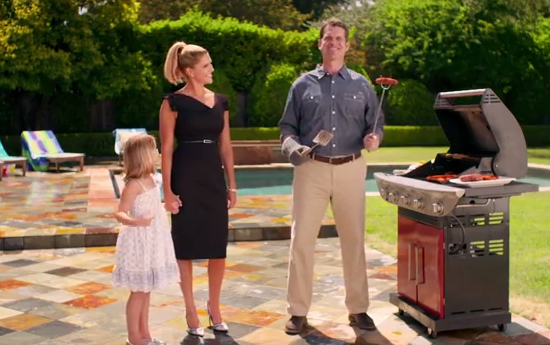 49ers coach Jim Harbaugh infamously said on September 2nd that he had “no tolerance” for domestic violence.

Since that statement, 49ers defensive end Ray McDonald has 5 tackles in 2 games after being arrested August 31st on suspicion of felony domestic violence.  There were visible injuries on his pregnant girlfriend.  Someone should ask Harbaugh what exactly his definitions of “no” and “tolerance” are.

McDonald’s case is different in that it’s still under an investigation and charges have not been brought yet.  Harbaugh has used that as a loophole to try to justify playing McDonald due to the almighty, unbreakable bond the NFL has to “due process,” at least when it’s convenient for the team.

Like the rest of the cases on this list, when McDonald becomes publicly inconvenient for the franchise, the 49ers will bench him. 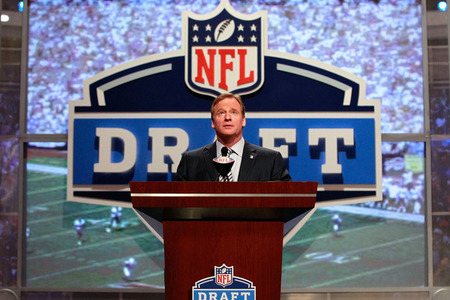 Finally we come to the league itself.  Protect the shield.  That’s what we’ve always heard from commissioner Roger Goodell.  Right now, Goodell finds himself hiding behind the shield and his $44 million dollar salary.  Where has he been?  What is he doing?  Since his interview with CBS News last week, Goodell has been a silent, invisible figurehead.  Aside from PR moves aimed at combating the notion that the league is anti-women, Goodell has done nothing to restore confidence in his ability to lead the NFL out of this quagmire.

Even before his complete lack of response to the situation in Minnesota, it was clear Goodell had lost the faith and trust of anyone with a functioning brain.  He still has to go as NFL commissioner.  There’s no other feasible solution that can see the league move forward and rebuild their shattered reputation.  This is the worst crisis in confidence facing a sports league since the cancelation of the World Series in 1994.

Just when the league desperately needs someone in a position of leadership to take responsibility and speak up publicly, Goodell is nowhere to be found.

The NFL faces serious pressure from sponsors to fix this mess.  Although we outside the league offices can agree that something drastic must be done, we all know that change won’t realistically happen until the bottom line is affected.  After all, if we’ve learned anything about the NFL, it’s that they crave profit and profit alone.  Everything else – fans, domestic violence, child abuse, doing the right thing – be damned.

And now that the league is experiencing serious public pressure bought forth by powerful  sponsors like Anheuser-Busch, the NFL and its teams are finally taking action.  When Bud Light is the moral compass of the league, the NFL is in more trouble than we think.