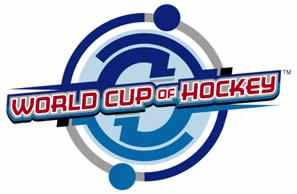 A brief history lesson for those outside the hockey world: the World Cup of Hockey is a thing that exists. It’s even stranger than the FIBA Basketball World Cup because it isn’t really… well, held on any sort of regular basis. The tournament originated as the Canada Cup in 1976, then was subsequently held in 1981, 1984, 1987 and 1991.

The Canada Cup became the World Cup in 1996, when it was held in cities across the hockey globe, though mostly in the United States and Canada. That is known as a seminal tournament for USA Hockey, as an American team filled with guys like Hull and Modano and Richter went into Montreal and won two consecutive games against a Canada team of Gretzky and Stevens and Lindros and Sakic to take the tournament title. The tournament was held again in 2004 under the same format, with Canada winning. Even though it was nice, I think I can say without any American bias that it was less entertaining.

Hockey diehards are pretty curious about the World Cup’s return, which appears headed for 2016, more because they want to know where the tournament is going to stand in the NHL’s international participation. Will it be alone, with amateurs returning to the Olympics? Or will they cycle and hold international best-on-bests every two years? Will Russia’s KHL be a problem in terms of the NHL-owned World Cup?

One thing that maybe only the sports media-inclined care about is TV. This is something the NHL has never gotten correct with the World Cup, at least in the United States. The 1996 tournament was held on a then-unknown network called FX. It was also syndicated across Fox Sports Net stations, but had very limited reach when Doc Emrick and John Davidson called the deciding Game 3 of the tournament final between the USA and Canada.

The 2004 tournament was the last broadcast for the NHL under its mega-deal with Disney that dominated the early 00s. A big problem with the World Cup in 2004 was that the season-long lockout that took away 2004-05 started the day after the tourney ended. ESPN was covering the lockout during actual World Cup coverage. Most of the tourney was relegated to ESPN2, though it did bring us the hilariously awkward commentary team of Emrick, Bill Clement and a still-active Jeremy Roenick.

I would like to see the league try and get media right for this World Cup, because I think there’s an appetite for international hockey in a way that there isn’t for baseball, or possibly even basketball. There’s a certain type of sports fan who will blindly follow into best-on-best hockey. I don’t necessarily subscribe to that theorem, but let’s cater to them while still giving regular NHL diehards the coverage they want.

Nothing I’ve ever been told would suggest anything but NBC having first dibs on the tournament (ditto Sportsnet in Canada, I mean… I would hope they do after the cash they spent). The difference between the 1996 and 2004 World Cups and this one is that, according to all reports, the tourney will be held in one city: Toronto (with possible supplemental games in Montreal) and in one time zone. The plan is to have eight teams in two groups.

Now, say you parse out the two groups like this:

This gives you USA-Russia and a rematch of the Olympic Gold Medal game in each group without sacrificing quality in either group. You’re going to need 12 pool play games total. On the Wednesday and Thursday of the first week, hold a game in the afternoon and a game at night (It’s Toronto, people will show up). The Wednesday and Thursday games would showcase the United States and Canada in primetime on NBC Sports Network, while NHL Network (with full streaming capabilities on NHL.com) would get the afternoon games.

On Saturday and Sunday, you use Montreal and Toronto and hold four straight games. Noon, 3, 6 and 9. The 3 p.m. ET games will be United States-Russia and United States-Finland and be played on NBC. This will be early-to-mid September, so do it on a night when NBC has Notre Dame in primetime. The 9 p.m. ET game will feature Canada against Sweden on Saturday, Czech Republic on Sunday and give all of Canada a primetime game, NBCSN will air it in the states. The other two games can be a mix of NBCSN and the NHL Network.

Quarterfinals (based on pool play seeding) will be held on Tuesday and Wednesday, so every team can play in primetime and showcase the sport for television. Semifinals will be Thursday and Friday, with each game again in primetime. The final would be on that Sunday at 3 p.m. ET, with a national telecast on NBC in the States and in Canada on CBC. Throw a third-place game on Saturday night the night before. Every game will be streamed so that anyone can watch whenever, but give this tournament truly big television distribution.

That’s my pitch, and I think it’s a pretty solid idea. Then again, I would’ve held the World Cup in Chicago or Philadelphia or New York or Washington. But then again, I also thought the 1996 World Cup was way better than the 2004 one.