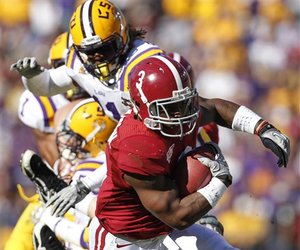 The cost of conference media rights for conferences has continued to grow over the years as television networks see greater profits to be had with live sports programming. Schools affiliated with the power conferences tend to cash big checks when it comes to splitting the total revenue brought in through media rights agreements with the likes of ESPN, FOX and NBC. That money overshadows the overall revenue earned through media rights arrangements though, and the most successful programs tend to create more space between the haves and the have-nots when it comes to local media rights.

Alabama is most certainly one of the most successful college brands in the game right now on the strength of a top-notch football program. A pair of BCS titles in the last three years and a historic brand and powerhouse sees no signs of slowing down, despite Nick Saban’s desire to do so on the field. Because the Crimson Tide has been so dominant in the sport that drives the money in collegiate sports, and because the fanbase is so enthusiastic and starving for coverage, Alabama was in a position to sign a very profitable media rights deal with one of the top partners in the game, Learfield Sports.

As reported by Sports Business Daily on Monday, Alabama agreed to sign a 10-year media rights deal with Learfield Sports with a value somewhere between $150 million and $160 million, doubling Alabama’s previous guarantee. This new contract will extend the existing relationship between the school and media company through 2024, and the way it was negotiated Alabama could stand to earn even more if Learfield Sports meets certain sales numbers. The new contract places Alabama among Texas and Notre Dame for the richest multimedia rights deals in the country. This is kind of a big deal.

Alabama was the leader in the SEC with regard to total revenue in 2013, according to USA Today, with over $124 million accounted for in revenue (compared to roughly $108 million in expenses). The SEC’s overall revenue increased by more than $41 million last season, which led to a $21 million share for all members except Texas A&M and Missouri ($19.5 million) and the launch of the SEC Network later this summer will figure to help pad the revenue numbers even more this time next year. For Alabama to step up and restructure a media rights deal for radio, local and online distribution and coverage of Alabama athletics, it just goes to show that the elite programs can continue to stand out even in the power conferences and leave even smaller programs farther behind in the dust. Not even a blue shell would be enough to help programs like UAB catch up to the powers like Alabama.

Learfield Sports is a huge company with plenty of influence in the college sports game. This goes well beyond setting up radio affiliates to broadcast games on AM and FM (or satellite, streaming online etc.). As noted by Sports Business Daily, Learfield Sports also works with concessions, beverage partners, seat rentals and merchandise. Ahh, the merchandise. They even handle the “pouring rights” to determine which company will get to see their product poured on the head coach following a big win. You cannot have Alabama coaches doused in Gatorade after all, so Learfield has a deal with Coca-Cola so those postgame Gatorade baths are now Powerade baths.

Alabama may be the crown jewel for Learfield Sports, but their influence spans the country with programs like Oklahoma, Miami, Texas A&M, Louisville, Penn State, Clemson, South Carolina, Stanford and Boise State. Just take a look at this map to see what programs they are partnered with… 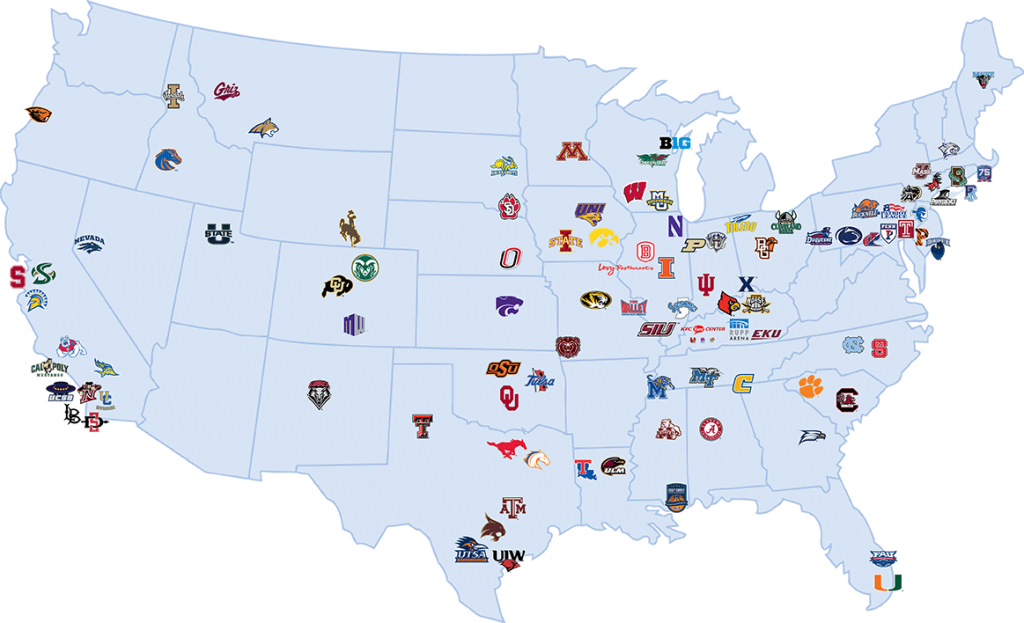 What’s more is Alabama actually has a split contract with the other big name in the media rights game, IMG College. Learfield owns a majority of the deal, but IMG College is significant. IMG College has contracts with Texas and Notre Dame as well as a number of other schools including some affiliated with Learfield Sports (Clemson and South Carolina for example). This allows those programs the opportunity to cash more checks on top of whatever deals may come through conference affiliations and bowl revenue.

Because the rich always find a way to get richer, especially in college football.

Make sure to bookmark Crystal Ball Run for all your offseason college football needs.