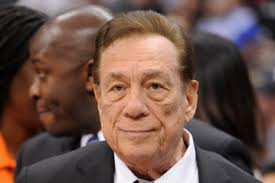 It’s a story that shook the NBA and the sports world when TMZ unveiled the now infamous audio purporting to the Los Angeles Clippers owner Donald Sterling making racial epithets to his girlfriend early Saturday morning on the East Coast. It was quickly followed by Deadspin which quickly put up its own story linking to TMZ.

Yahoo! Sports put the Sterling story on its front page mid-Saturday morning and had columns from Dan Wetzel and Adrian Wojnarowski.

But despite having live SportsCenter editions starting at 9 a.m. ET, ESPN was silent. It did not begin reporting the story until after 1:45 p.m. ET when it went all-in with interviews of analysts Chris Broussard and Stephen A. Smith.

In addition, ESPN.com did not have the story on its front page throughout the morning. And once the story did appear, the headline was addressing the NBA’s investigation of the audio tape.

TNT took the air live with its NBA Tip-Off show at 1:30 p.m. ET, but it did not mention Sterling. It chose to wait until halftime of the Indianapolis-Atlanta game to address the matter.

In addition, the Turner-run NBA TV waited until its postgame coverage to broach the subject. It did not have any live programming before the Pacers-Hawks postgame show at 4:30 p.m. ET. NBA TV did air Commissioner Adam Silver’s entire press conference on the Sterling comments later in the evening.

So why did it take so long for ESPN and Turner to jump on the story while other outlets were reporting it? At Turner, we’ve heard that because the original audio was nine minutes long, producers wanted the Inside the NBA crew to listen to the recording before commenting so TNT decided to wait until halftime when Charles Barkley, Shaquille O’Neal and Kenny Smith made their comments. The network felt it was better to wait and let the analysts gather all of the information that was available before having the Inside the NBA panel discuss the story.

An ESPN spokesman issued this statement to Awful Announcing.

“As with all breaking news, our news desk worked with ESPN’s reporters from ESPN.com, ESPN The Magazine, ESPN radio and our NBA coverage team to confirm and get details on the story. Once we were comfortable with the facts and the NBA confirmed it was investigating, we reported the story and will continue to aggressively cover it from all angles.”

ESPN, NBA TV and TNT were careful to mention during their coverage that the voice had not been authenticated as Sterling’s and cautiously approached their discussions, but allowed their analysts to express their outrage over the racist remarks.

On Sunday, ESPN was able to tap Magic Johnson during its NBA Countdown show on ABC and he commented about the Sterling audio in which he was mentioned several times.

As the story broke, the NBA rightsholders walked gingerly through a potential minefield. That’s still the case as mainstream outlets still refer to the voice on the tape as “allegedly” being Donald Sterling.

The nature of the story was a unique look at the current media landscape. Traditional outlets appeared to be slower on the draw than outlets like TMZ and Deadspin because they had significantly more hoops to jump through in terms of vetting the audio and deciding when and where to address the story.

ESPN and Turner allowed TMZ and Deadspin to lead the way at first. But as the story evolves throughout the week, it will be interesting to see how they continue to report the story as the NBA investigation into Sterling proceeds.