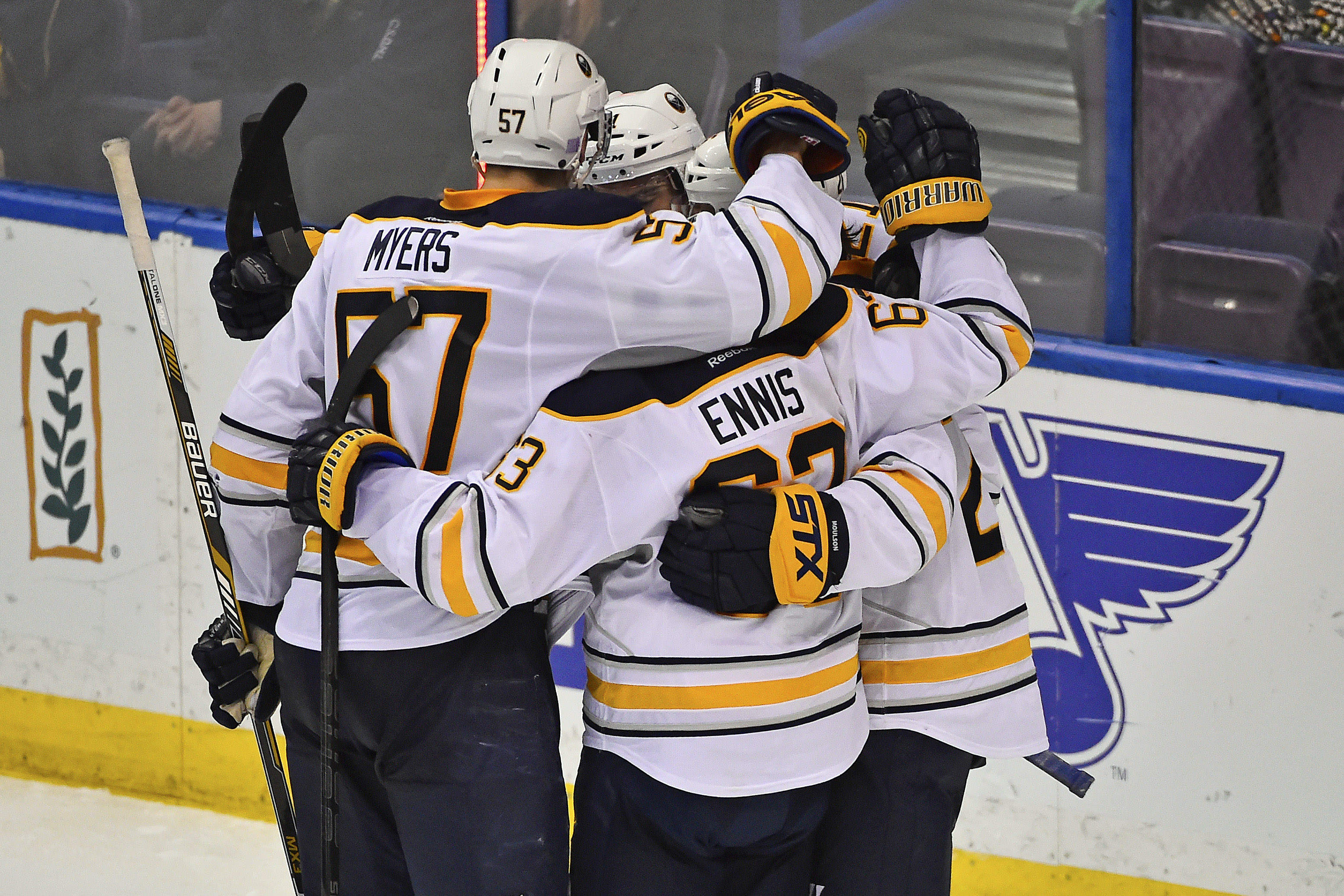 The Buffalo Sabres are an awful hockey team. They stand at 3-12-2 just 17 games into the 2013-14 NHL regular season. That’s worst in the league, currently setting them up with the best chance at picking first overall in a loaded 2015 NHL Draft. There’s certainly hope for the future, but none of it should be allocated to this season.

Why is that a problem? Because NBCSN, in their infinite wisdom, has nine more Sabres games scheduled this season. That’s nine more times watching a terrible team with zero sellable stars, a depressed home ice advantage and very little chance of winning, and even sinking local ratings, the only reason they get picked so often in the first place. The Sporting News chronicled this very problem a couple of days ago.

NBCSN can theoretically flex games off of their network, so why don’t we play with that, and attempt to remove every Sabres telecast (none of which are important ones like the Sunday NBC game or Wednesday night’s exclusive rivalry game) from the schedule, one-by-one. Sorry, Sabres fans.

Now, I enjoy watching the San Jose Sharks as much as anyone, but an inter-conference matchup starting at 4:30 on the west coast has little appeal. The NHL has 10 other games on this night, including a showdown between the Blues and Bruins (a way better inter-conference game), two exciting, high-scoring young teams in Lightning-Islanders, or Sidney Crosby and the Penguins visiting Montreal. Just because they’re under-represented on the schedule, I’ll go Lightning-Islanders.

I like the Lightning and this is a divisional matchup, but again, the Sabres make this game unappealing. There are nine other games on this night. There’s a Metropolitan Division matchup between the Devils and Penguins that easily beats Lightning-Sabres in star power and competitiveness.

I would let this game stick, because I like when the east coast can see the Stanley Cup Champions, but the game isn’t even airing exclusively on NBCSN in Los Angeles (FS West has the game in that market), so who cares? Nine other games on the schedule, yet again.

Again, a divisional matchup, but really not one with much appeal outside Detroit. There are only two other games that night, but one features the Stars and Blackhawks, two much more entertaining teams. Go with Dallas and Chicago.

I’m not very high on how many NBCSN games the Flyers have either, so I’m dumping this game as well. Three other games that evening, including East-West battles between the Caps and Ducks and Lightning and Sharks. I go Bruce Boudreau against his old team, and two very entertaining clubs, Caps-Ducks.

Two bad Sabres games in three nights?!?! How do they come up with this stuff? Six other NHL games on this night. Including a matchup you might be familiar with, known as Capitals-Penguins. Is it some kind of weird, avant grade joke that a Sabres-Devils game is on NBCSN and Caps-Pens isn’t? Take Caps-Pens!

Another Sabres-Lightning game? Really? We’re getting late in the season to have to put up with Buffalo any further, especially on a night with nine other games on the schedule. To be honest, there’s not much on this slate that’s much better, but I’ll take rookie NHL cult figure Johnny Gaudreau and his Flames against the Flyers.

Maybe the Caps are still in the playoff race at this point? There’s only three other NHL games this night, but one is obviously better? Canadiens-Lightning, which could be a battle for the top spot in the Atlantic Division, or a first round playoff preview.

Two night in a row of Sabres games? In March? This is really questionable and silly. Eight other NHL games on this evening, including the Islanders and Chicago, Pittsburgh and New Jersey, and competitive Minnesota and Nashville teams. Honestly, I kinda wanna watch Isles-Blackhawks right now just thinking of it, so I’m picking that.