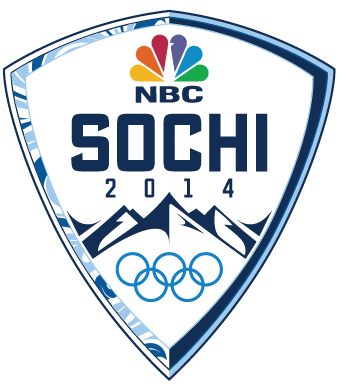 Now that the Olympics are underway, it's time to look at the online coverage which has become a vital part of NBC's tonnage. Since 2012, the Peacock has embraced online streaming seeing that it has enhanced viewers' interest in the Games and increased ratings for its primetime portion.

This differs from previous years when NBC would hold the glamour events and wait until primetime to air them. Now, NBC will throw everything except for the Opening Ceremony online to allow fans to watch curling, skiing or figure skating when they want.

NBC Olympics will carry 1,000 hours of live streams at its website and on the NBC Sports Live Extra app for both mobiles and tablets. To see the events, both NBCOlympics.com and the Live Extra app require viewers to authenticate by using their cable or satellite ID's and passwords. As long as your cable and satellite provider has an agreement with NBC, you'll be able to access all 1,000 hours of coverage.

If you don't have a password, NBC will allow you a one-time and one-time only half-hour temporary access to the streams. If you can't authenticate after that, you can watch the streams for only five minutes each day.

The live event streams on NBCOlympics.com and Live Extra will utilize the world feed from Olympic Broadcasting Services and not the NBC announcers, One annoying feature from London that has apparently returned in 2014 is the inopportune firing of ads. The world feeds are commercial-free so NBC will insert ads right as an announcer is talking thus missing an explanation or in some extreme cases, live action. Hopefully, NBC's ad gremlins will find a natural break to fire an online ad so no action will be missed.

If you're away from a television, you can use the Live Extra app to watch the feeds from CNBC, MSNBC, NBCSN and USA Network.

There are two daily online programs that will be offered either on NBCOlympics.com or Live Extra:

Gold Zone is back, but unlike two years ago when there were no hosts and cutaways from event to event were done with no explanation, NBC is utilizing DirecTV Red Zone Channel host Andrew Siciliano and Golf Channel host Ryan Burr to be traffic cops. They'll be live every day and they'll hopscotch viewers all over Sochi. Gold Zone will run daily between 7 a.m. and 3 p.m. ET. Using the Whiparound format, Gold Zone will take viewers from downhill skiing and to the conclusion of curling to the faceoff of a hockey game while ending with figure skating. Fans can keep up to date on Gold Zone through its Twitter account. Overall, Gold Zone will offer more than 100 hours and will go wherever the action is happening.

Olympic Ice is a daily half-hour studio show that will stream on NBCOlympics.com and Live Extra starting at 5:30 p.m. Host Russ Thaler and 2002 Ladies Figure Skating Olympic gold medalist Sarah Hughes will review all of the figure skating competition and preview the upcoming day's events. The show will be seen between February 7 through 21.

And the Olympic News Desk will be seen for all viewers, both authenticated and unauthenticated, on dot-com. Julie Donaldson from Comcast SportsNet Mid-Atlantic will provide frequent updates.

All of the events will be streamed live on NBCOlympics.com and Live Extra. All except for the Opening Ceremony which is being held for primetime on Friday. Just as it did in London, NBC feels its hosts including Matt Lauer and Meredith Viera will better explain the happenings instead of allowing viewers to watch it live for themselves. There's no word at this time on whether the Closing Ceremony will be made available online.

It appears that NBC is finally giving the people who want to watch the Olympics online the full experience. It's something that was unheard of as recently as 2010.