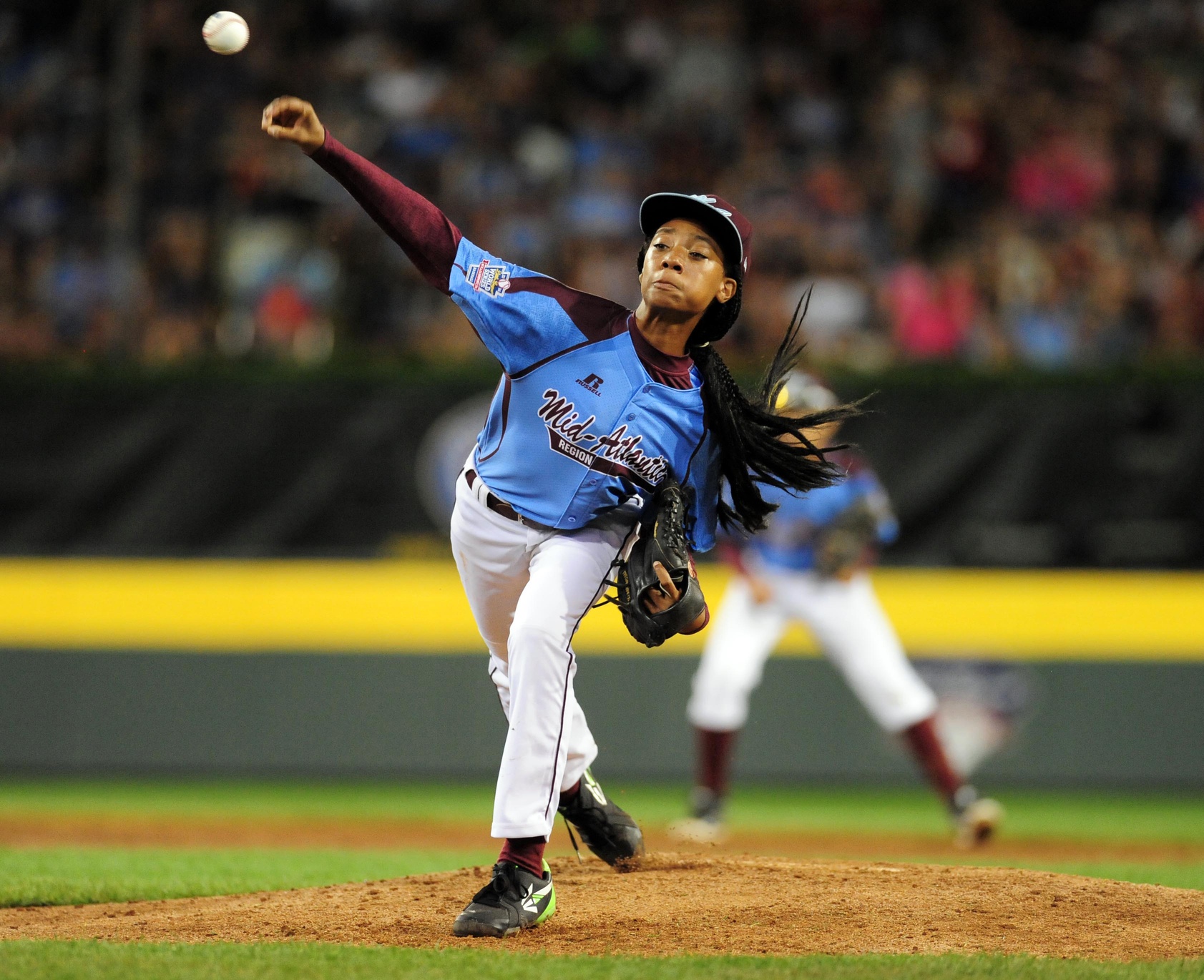 We are a nation of celebrities.  And nowhere is that more true than in sports.  Whether that be LeBron James or Johnny Manziel or Tiger Woods or even that brief spell where Jeremy Lin held the nation in the palm of his hand, we are helplessly obsessed with their every move, every tweet, and every breath.  Celebrities rule the world.

Even when those celebrities are 13 year old girls.

Mo’ne Davis has become a summer sensation becoming the first female pitcher to win a game at the Little League World Series.  She reached the heights of the cover of Sports Illustrated.  And now she’s led ESPN to record LLWS ratings.

ESPN scored a 3.4 rating for the Nevada-Pennsylvania game with Davis on the mound, the highest on record for the network from Williamsport.  Unfortunately for Davis, the SI Cover Jinx kicked in and she was rocked in an 8-1 defeat against Nevada.

Even more impressive were the local ratings for the game, which are just insane for a Little League contest.  It registered a 16.3 rating in Las Vegas and a 14.9 rating in Philadelphia.  Those are NFL-like numbers.

It’s amazing to see what happens when someone transcendent breaks into the mainstream.  Davis has done for Little League baseball what Tiger Woods did for golf.  It sounds crazy, but it’s no exaggeration.  She’s brought viewers in with her story who would never think of watching a LLWS game before her arrival.  There’s only a few athletes who have that kind of drawing power that break through beyond a sport’s niche fanbase and she is one of them.

Fortunately for Davis (and for ESPN), her Pennsylvania team is still alive as they shift over to the final of the losers’ bracket to play another ratings juggernaut – Chicago’s Jackie Robinson West.  That game takes place tonight at 7:30 PM ET and is sure to score more big numbers even though Davis won’t be eligible to pitch.  If Pennsylvania advances and Davis returns to the mound though, you can expect the ratings to continue to rise.

UPDATE: ESPN says 5 million viewers tuned into the game, which amazingly beats every MLB game telecast on ESPN since 2007 according to Sports Media Watch.