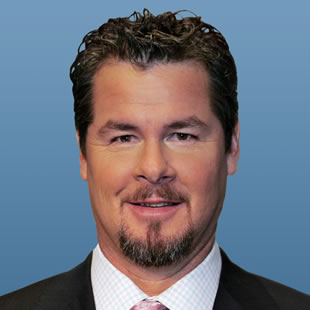 Last weekend, Deadspin published an oddly hilarious story about MLB Network analyst Mitch Williams being ejected from a Ripken Baseball tournament game on Saturday for arguing with an umpire and getting quite profane while doing it.

On Friday, more details emerged that paint a more sinister and quite frankly, a more depressing picture.

The site received numerous reports from spectators at Sunday’s game, claiming that Williams called a ten-year old pitcher from the opposing SJ Titans “a pussy.” A ten-year old. Williams also reportedly told one of his pitchers to hit a player form the Titans, which he later explained to a Titans coach as “I told him to throw it inside.”

Other reports indicate that Williams was heckling the opposing coaches all game, and harassing various opposing players about their appearances. If there’s a bright side to this story, it’s that Williams’ Jersey Wild team lost to the Titans in the tournament final.

Williams apologized on Twitter for the multiple incidents, and while this is clearly not the most serious incident we’ve seen with a television personality, it’s still pretty gross.

I regret what happened at this weekend’s tournament & apologize. I love baseball & coaching.

I did not curse at the umpire & will walk away in the future. Again, I apologize.

MLB does so much work in the community trying to grow the game of baseball among today’s youth, and having one of their on-air analysts make an ass out of himself at a youth tournament is really not a good look to put it mildly. I’d be interested to see if there’s any disciplinary response here from MLB Network, or if Wiliams’ actions will just be brushed off as him being an “intense gamer” (or whatever).