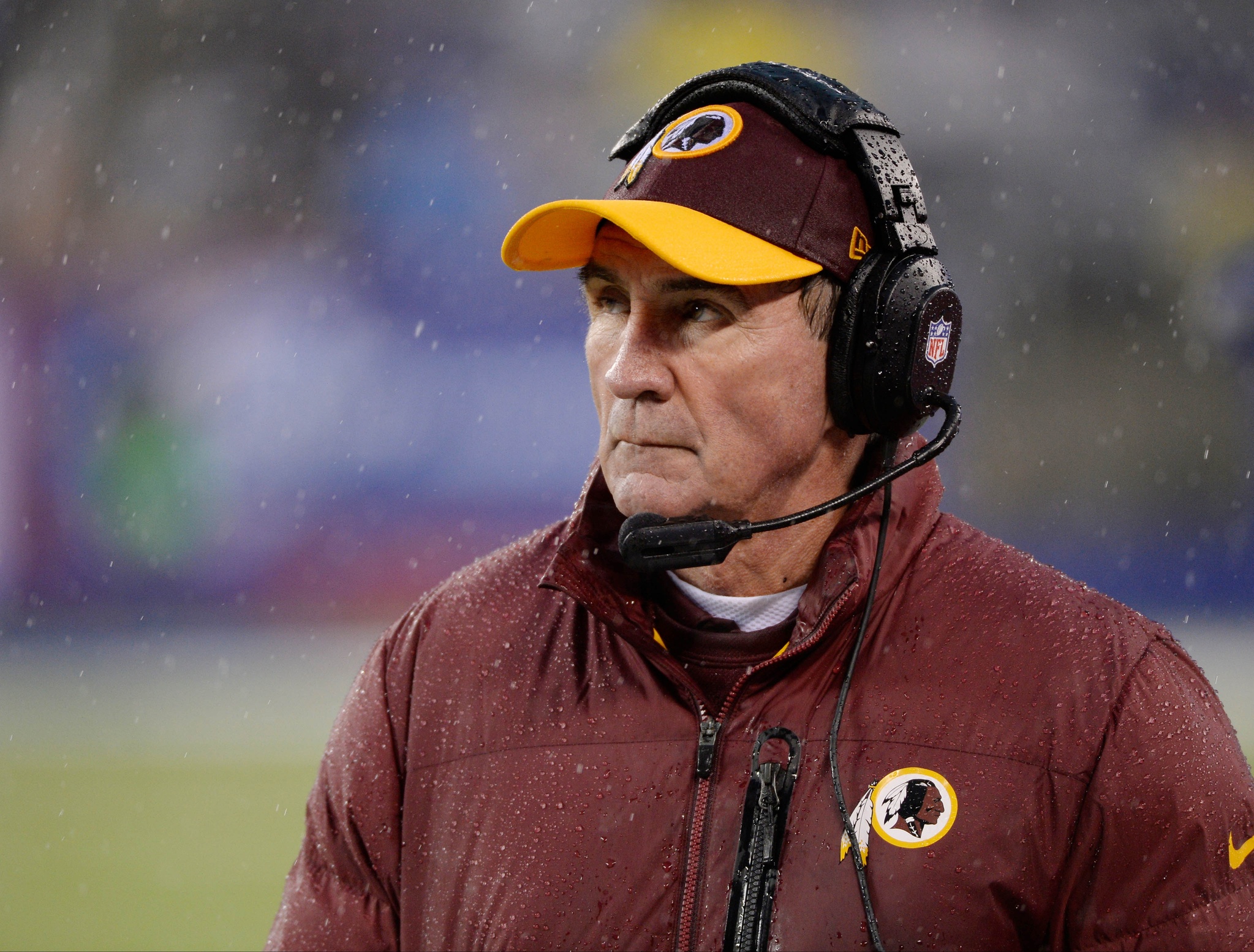 In May, it was announced that former New York Giants offensive lineman David Diehl would be joining the broadcast booth at FOX. But, presumably before that move was made, another big name out of the NFC East was apparently on the network’s radar.

See, Grant Paulsen from 106.7 The Fan in Washington, D.C., ran into Dick Stockton in the Philadelphia airport Monday, at which point Stockton revealed to Paulsen that former Redskins head coach Mike Shanahan was supposedly a candidate to become his broadcast partner at an earlier point this offseason.

The exchange, as explained by Paulsen, per CBS D.C.:

Paulsen: I said, ‘Calling a game?’

Stockton: And he goes, ‘No, not today. I’m off until Friday. I’ve got a Yankees game.’

Paulsen: I said, ‘Oh, that’s cool.’ And so right then, I tell him, I said, ‘Well, my name’s so-and-so, I just was working at the All-Star event with XM Radio. I was working in the dugout.’ I presented myself just to have a conversation, let him know, basically, that I’m in the business. I didn’t say I do a daily show in D.C., or anything like that. I said, ‘I’m in radio, and have done some work, a big fan of what you do play-by-play.’

And so he said, ‘Oh, cool. Cool.’ So we started talking. I was asking him about the big news that Erin Andrews had moved up, and he wasn’t really giving opinions as much as as saying, ‘Yea, I heard about that kind of stuff.’

And then I said, ‘Hey, what broadcast team are you on this year?’

Stockton: And he says, ‘I was supposed to be working with Mike Shanahan, but it doesn’t sound like he wants to do it anymore.’

Paulsen added that somebody close to Shanahan confirmed to him that the two-time Super Bowl-winning coach will not be working for FOX, which may still have an opening with Tim Ryan and Brian Billick both gone. Still, it’s strange Stockton doesn’t know who his partner is because his 2013 partner, Ronde Barber, is still on the FOX Sports payroll.

It’s a shame we won’t be seeing/hearing Shanahan doing NFC games, though, because it would have been cool to get his take on NFC East teams, and especially the Redskins. That relationship ended badly, and there’s a belief among many that Shanahan and Robert Griffin III didn’t get along in those final, grueling weeks and months. And anytime you can add a Super Bowl winning coach to your on-air talent roster, it seems like a good idea for the network.