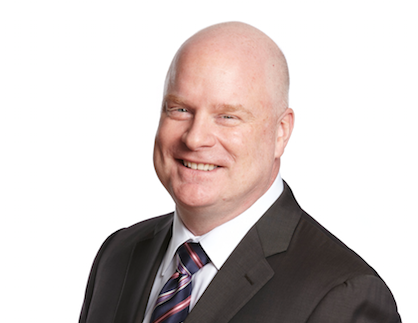 Hockey, at its finest, is to Canada what baseball is to Americans: a simple game that can evoke memories of fathers and sons, mothers and daughters, of old-timey rinks and Gordie Howe and Eddie Shore and Good Canadian Boys and the brutality meshed with the beauty, but never overmatching.

Hockey, at its most corporate, is to Canada what football is to Americans: a bloated, dominant sport that massacres everything in its path, and controls the advertising and television dollars of most sports fans within the country.

So what, in 2014, will Hockey Night in Canada — the seminal sporting program in that nation — mean to Canadians? What will it appeal to? What makes it essential in the days of billion dollar contracts featuring nationally televised games on almost every night of the week? What’s next?

The man to answer that question is Scott Moore, President of Sportsnet and their NHL Properties. He has been charged with, in his words, “reinventing” Hockey Night as it moves through its seventh decade with a new home that reflects the game’s new money, but still keeping a toe in that old home that reflects the game’s former simplicity. Not an easy task to put together over a summer.

“A lot of hiring people, a lot of planning, a lot of budgets,” Moore told me, describing the last few months, last week. “A lot of developing new technology, a lot of developing looks, formats. The last little while, a bunch of rehearsals. It’s everything you could possibly think of, including picking furniture for people’s offices.” He said he only had one day off all summer, but said it was a good one because weather in Ontario was pretty bad.

It’s a position Moore was in somewhat previously, as he spent three years as President of CBC Sports before moving on to Rogers. This is a whole new challenge, however. What Moore is most excited about is the seemingly limitless (within reason) ability to do whatever they want. “Having the ability to reinvent [Hockey Night] is just an awesome opportunity, to take what’s great about it, then add new technology, new platforms, it’s a pretty cool thing to be able to do. I’m not sure what else is after this, it’s been such a well-resourced operation and project. I’ve done 11 Olympics, I think the only think the only big thing I’ve never done is a Super Bowl or an NBA Finals. I’ve never worked on something that has been this well-resourced. It’s better than I’ve had on any other major project.”

When Moore mentions HNIC as going into “new platforms” he means that they can pretty much take that brand across a bunch of different networks. Everyone’s somewhat familiar with it by now, but it bears repeating: every Saturday of the season, four or five different networks will be airing hockey under the Rogers banner. Most will feature Canadian teams, but some don’t (in fact, they have Boston-Washington this Saturday). All that, plus packages for games on Wednesday nights and Thursday nights and the postseason and the draft and having day-to-day hockey operations… this is Hockey Night in Canada for the TV everywhere era.