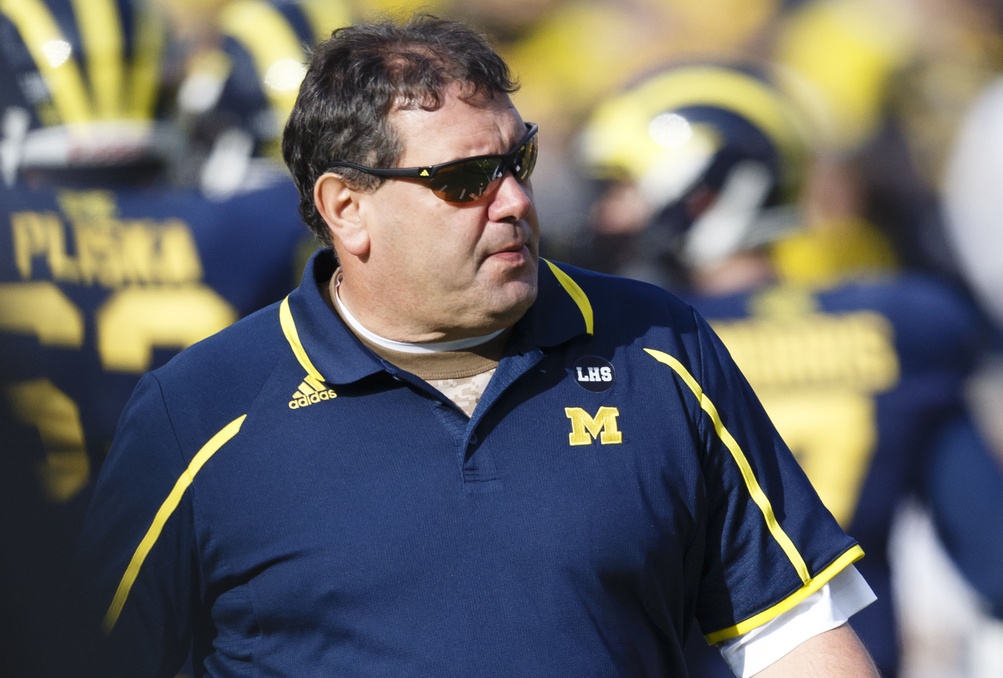 It’s true that if Michigan’s football team owned a 5-0 record at this point in the season, head coach Brady Hoke would not be receiving the scathing level of commentary that’s been thrown in his direction over the past 48 hours. That point has to be acknowledged by any clear-eyed media analyst or college football fan.

Yet, the fact that Michigan is 2-3 has, in a sense, done something positive: The Wolverines’ struggles have empowered media voices — on national television and at a student newspaper — to call Hoke to account… not for failing to win games, but for failing to ensure the complete safety of one of his players, quarterback Shane Morris.

Extended discussion of player-safety issues can be found in this piece at Bloguin’s college sports blog, The Student Section. Such a discussion is aided by the likes of Ed Cunningham of ESPN/ABC and the University of Michigan’s student newspaper, The Michigan Daily, just two of the many media voices to express their extreme disapproval of Hoke’s actions… or more precisely, his inaction… this past Saturday afternoon in the Big House. The popular MGoBlog has also called for Hoke’s dismissal.

Hoke is certain to lose his job by the end of the season because of his failure to win; this specific controversy involving Morris is what could potentially cause him to lose his job in the coming days. Right or wrong, media pressure has enjoyed a strong month of September in the world of sports, particularly in the NFL and at Florida State with Jameis Winston. This very same force could topple Brady Hoke sooner rather than later, and it’s worth pointing out how effective these criticisms are.

First, pay attention to what Cunningham says during the ESPN2/ABC broadcast of the Michigan-Minnesota game:

At 0:09 in the video, you can see Morris sag — he wasn’t just playing with a limp in his leg. He was wobbling. At 0:13 in the video, you can see a Michigan teammate, running back Justice Hayes (jersey No. 5) signaling to the sideline for medical personnel to tend to Morris. Immediately after seeing that image, Cunningham promptly spoke up, saying, “They just gotta get him (Morris) out of the ballgame.” At 0:20 in the video, Cunningham’s broadcast partner, play-by-play man Mike Patrick, accurately added this point: “He was wobbly after that — forget the limping.” This had indeed become a concussion issue, and both men in the ESPN2/ABC booth were on top of the situation.

Later, after Morris was allowed to not only stay in the game, but throw a pass, Cunningham — with emphasis — used the word “appalling” twice, beginning at 1:10 in the video. He used the word “terrible” at 1:27. Patrick had tried to steer discussion back to the game, but Cunningham kept the focus of the broadcast where it should have been.

The editors at The Michigan Daily also spoke to non-football issues in this column, published Sunday. In a well-crafted argument, the authors use Hoke’s own words against him:

But here’s a better question we’re left wondering, one Brady Hoke himself asked in July.

“Why do you coach? Why do you really coach? If we’re doing everything we can for 115 — the sons — on our roster, (then we’re doing our job). Football’s only going to last for so long. The only pressure is, every day, preparing those guys for life after football.”

And did leaving Shane Morris in the game, one that you’re already going to lose, prepare him for life after football?

This isn’t about winning and losing anymore. It isn’t about hot seats or upholding tradition.

This is about the well-being of players, and whether they’re prepared to lead a life outside of football.

The intensity of the criticism Hoke is receiving is newsworthy and valuable in itself. However, it is also causing Hoke to react, thereby generating even more news on this Monday morning.

Hoke isn’t reacting well, and it’s why he could be pushed out sooner rather than later.

In this news release from the official website of Michigan athletics, Hoke threw his athletic trainers under the bus.

“Well, number one, we would never put a quarterback who was hurt (in there). That would never happen. As far as where we’re at with it, we usually don’t talk about injuries and stay away from them. But this has kind of become an issue to some degree, and Shane Morris has got a leg injury, and that’s why we pulled him from the game. We’ll see where he’s at.

“On the down where Devin’s helmet came off, there was a discussion about the timeout with the referee that I wanted to take to buy him back into the game. When I talked to the referee — because he kind of came to the sideline — and he said, ‘No.’ So, a couple seconds later the line judge comes up and says, ‘Now, you can buy a timeout.’ But by that time, Shane was already back in the football game.

“(Shane) was on the bench and (senior football athletic trainer) Paul Schmidt was looking at his leg, and (reserve quarterback) Russell (Bellomy) was there. Russell is signaling in, him and the other quarterbacks. And when Shane heard his name, the medical staff said, ‘Yeah, he can go.’ And he went out on the field. We’d never put a kid out there who wasn’t capable. He was medically cleared to go in on that play.”

One of several important details to mention from the above quote is that Hoke said Morris was being evaluated for his leg injury, not anything pertaining to concussive symptoms. Hoke refers to the leg injury twice in the above quote, not to a concussion. He could have taken responsibility for an awful mistake on his part, but he stubbornly maintains that he did nothing inappropriate.

All of this raises an issue bigger than whether Hoke should or shouldn’t be fired immediately: Should Michigan athletic director David Brandon receive added scrutiny for the obvious disconnect, the glaring lack of effective communication, between Hoke and Michigan’s collection of doctors and trainers? Such a pronounced absence of cohesion and clarity in one of the most important relationships in sports — the relationship between a coach and a team’s medical staff — speaks poorly of the way an athletic department is being handled.

Will the media pressure that’s been engulfing Hoke flow to Brandon as well, and lead to a total overhaul of the Michigan athletic department? The editors at The Michigan Daily pointed to this in the final two lines of their editorial:

“Brady Hoke’s actions were indefensible, and we can no longer stand behind his employment at Michigan,” the editors said. “It’s a shame Dave Brandon can, though.”

It’s safe to say that any and all attempts at damage control — from both Michigan athletics and Hoke himself — have only made this situation worse. We’ll see how media pressure continues to influence not only the ways in which player safety is talked about, but the ways Brady Hoke and David Brandon respond to a shared crisis point in their respective careers.