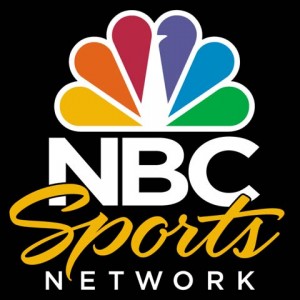 All the major broadcast networks are in play for the Thursday Night Football package the NFL is willing to sell to the highest bidder.  Sunday Night Football is already the #1 primetime show in all of television and the networks would be eager to get their hands on what would likely be #2 with the package of Thursday games.  At this point, no network is good enough to turn down Thursday Night Football, no matter what it would do to their sitcom and singing competition lineup.  NBC, CBS, and Fox are all going to bid and ESPN will reportedly even put the game on ABC, going against the grain of moving most of their premier sporting events to cable in recent years. On the cable side, Turner Sports is also very interested in getting back the NFL.

A winner to the package will be announced next week according to SBJ and one lucky network will pay a lot of good money for the ratings gold that will come with the NFL.  But I can't help but think this is a huge missed opportunity for the two networks that need live NFL games the most.

While both networks are slowly building their live sports portfolios, there is no combination of sports that can measure up to the NFL.  These two upstart networks are struggling mightily for any kind of traction or ratings.  Via the ratings database Son of the Bronx, here were the average primetime and total day viewership numbers for the 24/7 cable sports networks from January 6-12.


Compared to all its hype, Fox Sports 1's "challenge" to ESPN has evaporated into thin air as they find themselves competing with NBCSN for second place.  It's just that second place has more than ten times less the audience of first and the sight of competing with ESPN is fading further and further into the distance. Right now those challengers are lucky to outdraw ESPNU, let alone the mothership.

In terms of a quality standpoint, it's a mixed bag.  Both networks are currently producing some shows that are worthy of competing with Bristol while there's other elements that will likely be phased out as time marches on.  Basically, they're in a position any other young upstart network would be.  But both FS1 and NBCSN have been unable to take hold of any significant audience and give a reason to ESPN viewers that their network is a better alternative.

NBCSN appears more content with their niche place in the sports world at the moment acquiring rights to sports like Formula One, the NHL, EPL, and NASCAR.  Fox Sports 1 has been arguably more aggressive with UFC, college football and basketball, MLB, and NASCAR.  Fox is certainly hoping a big media blitz surrounding the Super Bowl for Fox Sports 1 will help the network.  However, as we've seen with the Olympics on NBCSN there's no guarantee viewers will stick around.  While both networks have a live sports offering that looks better than it did several months ago, they are still missing the one thing that would immediately vault them into legitimacy in the eyes of sports fans.

Having an NFL game wouldn't just bring a massive audience for one night of the week for 8 weeks in the fall, it would tell viewers that this is a sports network to be taken seriously. Even if there was an NFL Network simulcast, any NFL game would smash whatever ratings records NBCSN and FS1 currently have.  Viewers would come in droves for pregame and postgame coverage.  And, it would serve as the best promotional tool for the network's other offerings.  There would be no stamp of approval for either network quite like the NFL shield.

More NFL games in primetime would be a big victory for the NBC and Fox broadcast networks and lead to a ratings victory on an important night for broadcast television.  But their cable sports channels desperately need the shot in the arm that the NFL would bring.  Perhaps the NFL has made it known that they don't want to take the audience hit of moving to a relatively unknown network.  Perhaps NBCSN and FS1 aren't being given the chance to bid on the NFL and the league is limiting its potential bidders to broadcast networks and Turner.

But having an NFL broadcast next season would be an immediate gamechanger for either network.  Unfortunately for FS1 and NBCSN, it looks like they're going to be left out in the cold and the prospective challenge to ESPN will become that much more difficult.