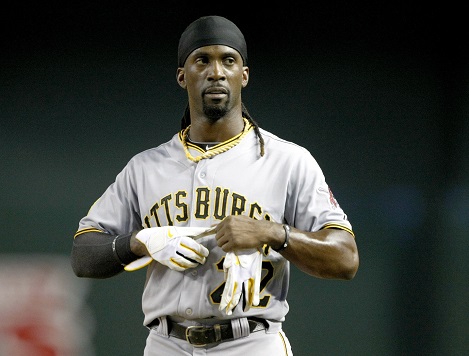 A couple of weeks ago, we brought you some tidbits about local MLB ratings at the season’s midpoint. Essentially, midwest teams were surging, large market teams were scuffling a bit, and the state of the game was pretty damn good from a local standpoint.

Maury Brown wrote a piece for Forbes on Tuesday looking at where the ratings on local RSNs in primetime ranked compared to all other programming on television. The results were actually shocking – 12 of the 29 American clubs in the league were the top-rated program in primetime since the beginning of the season, beating everything on cable and broadcast television. And while the midwest teams we mentioned last month were obviously the kings of the hill (Tigers, Cardinals, Pirates, Reds, Indians, Brewers, and Royals all are first in their market), some other teams in larger markets are smashing everything else on TV (Orioles, Mariners, Red Sox, Giants, Diamondbacks). When an MLB team is a large market is beating everything else that’s on TV, that’s a damn good thing – especially when that team is having an awful year (hello, Red Sox and Diamondbacks).

Brown’s piece doesn’t stop there. In addition to those 12 teams, another seven teams are in the top three programs in primetime in their local market, including large market teams like the Phillies, Yankees, Braves, and Rockies, and lower budget teams like the Rays, Twins, and Padres. Expanding the net out to the top nine program encompasses most of the rest of the league, including the Cubs, White Sox, Rangers, Angels, Marlins, Mets, Athletics, and Nationals.

And then…there are the two teams that aren’t in the top nine and are struggling to draw viewers this season, though they each have the same valid reason. Both the Los Angeles Dodgers and Houston Astros have still-blooming RSNs that are dealing with carriage issues, and over half of the customers in each team’s market can’t see their games.

Nevertheless, this is still a great bit of news for the league, especially when you consider some of the issues that some of these teams are going through on the field this season. The Diamondbacks have been the laughingstock of baseball this year thanks to their terrible performance on the field and barbaric mentality when it comes to retribution for their players, but are still the top program in Phoenix on FS Arizona this eyar, averaging a 3.92 rating and 73,000 households. The Phillies have been an absolute mess in every facet of their game this year, but are still the third-highest rated program in primetime this summer in Philadelphia with a 3.43 rating and 102,000 households tuning in on average. The Rays just traded their ace pitcher and are still having attendance troubles, but are the second-highest rated program in the Tampa Bay market because of their 4.32 rating and 79,000 average viewers.

National ratings for baseball have ebbed and flowed in recent years and gone through some struggles, but for all the hysteria about “the state of the game” and how “baseball is dying,” the sport is doing just fine where it matters most – catering to local fanbases.